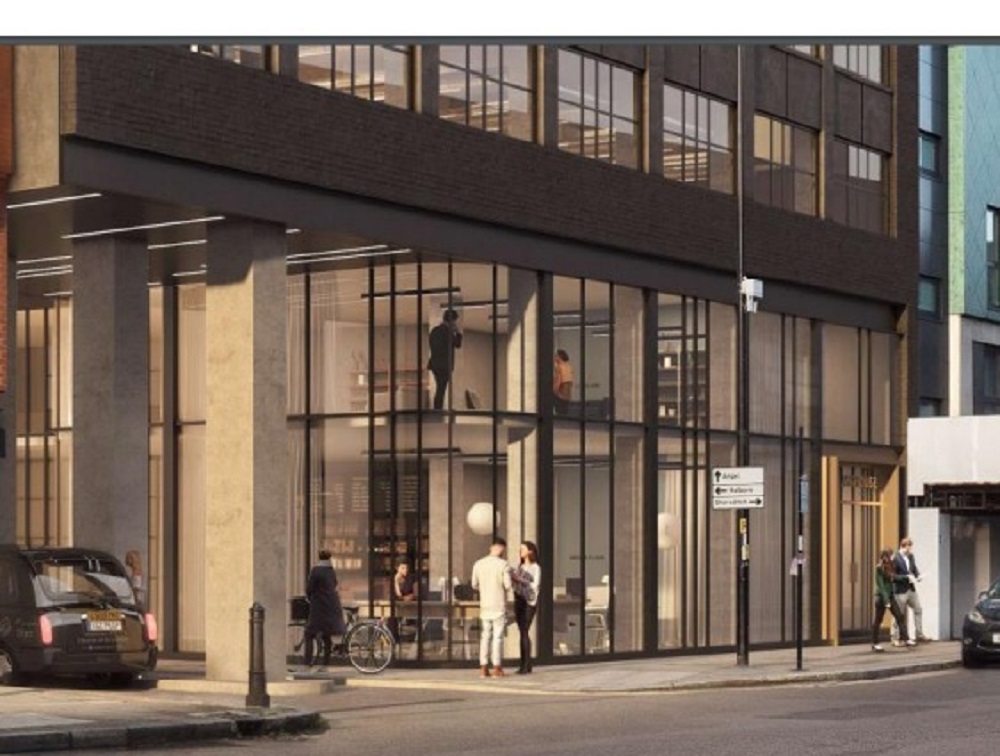 A City building which has trained stars of stage and screen will be transformed into offices.

The building on Goswell Road, opposite the Barbican, started life as an office block before it was used as the headquarters of the Italia Conti performing arts academy.

It has a listed historic wall behind it which has links to a medieval monastery in Clerkenwell.

The block is used as a school for children up to the age of 18 and has classrooms as well as performance and rehearsal space. It is surrounded by conservation areas in Islington and the Square Mile.

Italia Conti is relocating to Woking in Surrey and has been renting the building recently until its new base is ready.

The building was sold in 2019 and has been marketed for three years, including approaches to developers, but there was no interest in using it for social infrastructure like its current role, Islington’s planning committee was told.

Whilst the scheme will see the loss of an educational facility, just six students who use the building are Islington residents and there will not be a shortfall of education in the borough, planning officer Nicholas Linford said.

NOW READ: Former Daily Express building in the City of London to be redeveloped

Developers Boultbee Brooks Limited wants to refurbish and extend the building and replace the eighth floor with a single-storey roof extension and roof terrace.

They are also planning to knock down an outside staircase at the back and replace it with a six-storey infill extension. It will include five percent affordable workspace for 30 years on the ground floor.

There are also plans to upgrade the building’s facades with new windows, and the brickwork will be repointed at the front.

Linford said the entrance to Goswell Road is “of poor quality” and it needed work to make it accessible.

It is opposite the Grade II-listed Crescent House on the City of London’s Golden Lane estate.

There is a historic Grade II-listed wall dating from the 1600s behind the building. It is thought to be a boundary wall of the Thomas Sutton hospital and school, which were founded and developed after 1611.

It uses recycled building materials which were previously used in the foundation of the Charterhouse monastery three centuries earlier.

The builders said the piling and foundations for the new extension can be built away from the wall to protect it.

Councillor Dave Poyser (Lab, Hillrise) said: “It’s very exciting that there could be other finds.”

He added: “It’s a shame that we’ve lost the Italia Conti.”

Councillor Paul Convery (Lab, Caledonian) said things had gone full circle as the building was built as an office block.

“I can see why a building that was originally an office building then spatchcocked into performance uses isn’t very likely to be rented out again for education and performance,” he added.

The scheme was approved.