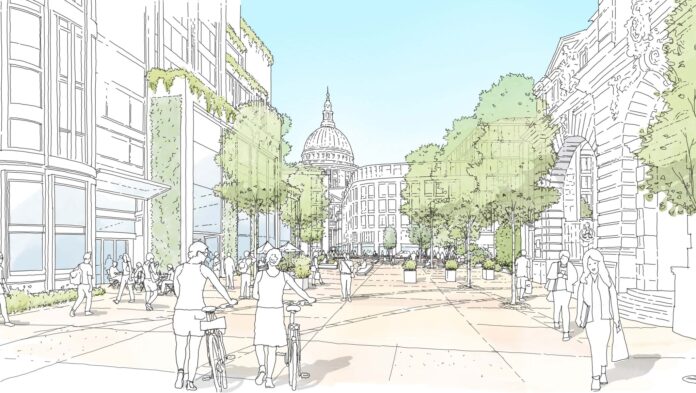 A “once in a generation” new public square could be built outside St Paul’s Cathedral.

The City of London Corporation has announced plans to transform the area outside the historic landmark and remodel the 1970s one-way system that was built beneath it.

The local authority has created three different options to regenerate an area between the Museum of London and St Paul’s Underground Station. They are now asking the public for their opinions on the plans.

All three options would see the creation of a new public square next to Christchurch Greyfriars Church Garden, along with traffic calming measures and improvements for people walking and cycling.

Details can be found at www.cityoflondon.gov.uk, and comments are being received until 25 January 2023 at www.givemyview.com.

Shravan Joshi, Chairman of the City of London’s Planning and Transportation Committee, said: “The redevelopment work going on in this part of the City gives us a once-in-a-generation opportunity to transform an outdated road system and create a safer, more pleasant environment for people walking and cycling. 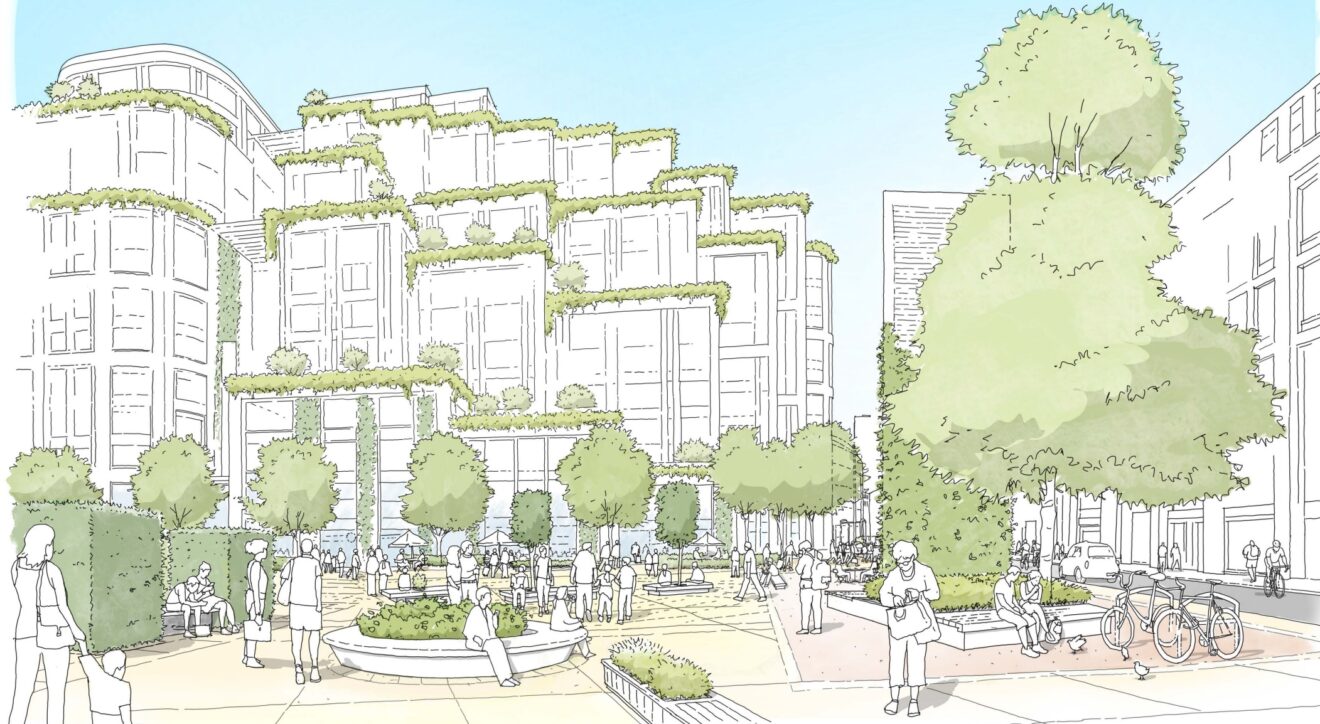 “It will also enable us to create an attractive new public square which workers, residents and visitors can enjoy, and support our ambition of boosting the Square Mile’s role as a 24/7 destination.

“It’s vital we take into account the views of businesses, residents and street users before any decision is made on how to progress, so I’d encourage people to have their say now and ensure their voice is heard.”

The public square next to the cathedral could be up to 2,800 square metres and nearby roads could be closed to all traffic. The rotunda and roundabout outside the Museum of London could be removed at a later date.

Work would need to be completed by early 2025 to coincide with the completion of the 81 Newgate Street redevelopment. The development could be partially-funded by Pella Real Estate Partners, who are in charge of the project at the old BT building.

George Kyriacou, of Pella Real Estate Partners, said: “Our project at 81 Newgate Street will transform the existing building into a modern, world-class addition to the City streetscape, embracing sustainability and design of the highest quality.

“Our vision and ambitions do not stop with just our building. We believe that Panorama St. Paul’s could, and should, be a catalyst for greater transformation in Cheapside through the creation of an exciting new area of public realm – that we are currently calling, King Edward Square.

“We have been working closely with City Corporation Officers to make the most of the site’s unique location as a gateway to the Culture Mile and to align with key City and public priorities.

“We will continue to work alongside the Corporation to make the project a reality in what would be a really transformative change for this part of the City.”