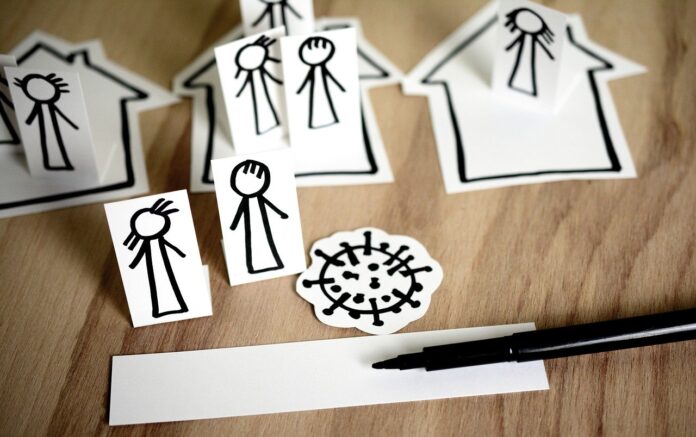 London researchers may have found a new way to relieve pressure on intensive care units, as the number of coronavirus cases continues to grow.

A team of scientists at Imperial College and King’s say hospital ventilators could be adapted to treat two Covid-19 patients at once.

Ventilators are often used to treat the sickest coronavirus patients, who can no longer breathe on their own.

They provide a flow of air to the lungs, forcing the patient to breathe mechnaically.

But there is currently a global shortage of ventilators, as countries scramble to provide enough machines for their own populations.

Ministers have struck deals with a number of private companies, including Dyson, to build thousands more emergency ventilators.

Now London researchers say a t-splitter could be used to divide air flow so two patients could be treated from the same machine.

Initial simulations suggest this would be possible even if patients had different levels of breathing problems. NOW READ: Social distancing appears to be working, according to study

Their ventilators could be set and monitored individually for each patient, the researchers said.

Scientists warned that the risks of double ventilating – which include cross-infection, problems with the machine’s functioning, and difficulties monitoring both patients simultaneuously – remain serious.

But their research paper contains a stark warning that the global shortage of ventilators will lead to “indirect deaths due to lack of available resources”.

It says: “To be absolutely clear, the ventilation of two patients using a single machine is strongly advised against if any alternate option is available.”

The research has not yet been peer reviewed, but has been submitted to the Royal Society Open Science journal.

Dr Peter Vincent, of the department of aeronautics at Imperial College, said the researchers were “keen to get feedback from the international community” so they could start testing machines “as soon as possible”.

Dr Steven Williams, of the school of biomedical engineering at King’s College, added: “Time is of paramount importance in responding to the COVID-19 outbreak.

“We are therefore committed to completing this project from start to finish in as short a time as possible.”