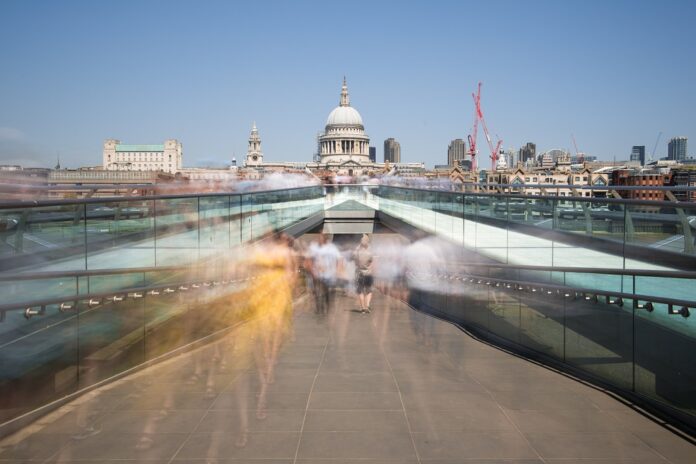 Toxic air pollution in the City has fallen by almost half in five years, new figures have revealed.

Data from the City of London Corporation and confirmed by three air quality monitoring groups has found that the level of nitrogen dioxide in the Square Mile has fallen by 42 percent since 2016.

The drastic fall in pollution has been put down to air quality measures such as the Ultra-Low Emission Zone and Congestion Charge, as well as a decrease in traffic during much of the COVID-19 pandemic.

But Keith Bottomley, chair of the City of London Corporation’s environment services committee, has said there is “still a lot of work to do” as the City aims to achieve net zero carbon for its own operations by 2027 and net zero for the whole Square Mile by 2040.

Bottomley said: “These statistics show a very welcome improvement in air quality but there is still a lot of work to do. Air pollution remains a public health crisis in the capital, and the latest WHO guidelines show that it has a greater impact on health than previously thought.

“Our plans are focused on continued improvement in air quality year on year. We will take bold and practical actions to eradicate toxic air, raise community awareness and reduce exposure in the Square Mile and City and wider London.”

A spokesperson for Mayor of London Sadiq Khan said: “We’re pleased that air quality in central London, including the City, has improved so significantly over the last five years. Working closely together, the Mayor and City of London Corporation have taken innovative action including delivering a Zero Emission Street along Beech Street to help improve local air quality.

“The Mayor has delivered the world -leading Ultra Low Emission Zone – first in Central London and now expanded up to the North and South Circular. The Mayor has also delivered cleaner buses and zero emission capable taxis which have also helped improve air quality in the City and for millions of Londoners.”

Following the publication of the new figures, the City of London Corporation revealed plans to commission new research into the effects of particulate matter pollution – or PM2.5 – in the Square Mile.

In September, the World Health Organisation tightened its guidelines around PM2.5 pollution following a growing body of evidence about the negative impacts that particulate matter has on human health.

A City Hall report from that month found that 98 percent of schools in London are in areas where PM2.5 levels exceed WHO limits.