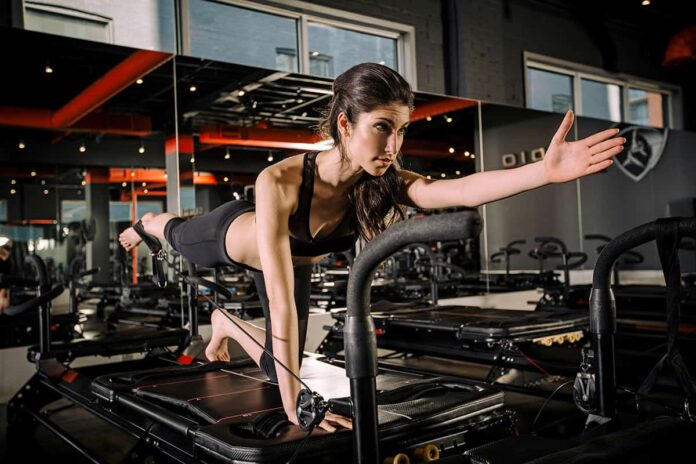 FROM the thighmasters and ab swings of infomercials past to the concave treadmills and vibration plates currently confusing the hell out of gym goers, the fitness industry has a long history of presenting us with weird and wonderful tools to aid in the pursuit of our best-ever bodies.

Meet the ‘Megaformer’. It sounds like a character from a Michael Bay film, but in fact this low-lying contraption of platforms and pulleys is at the heart of a pumped-up Pilates workout that has tongues wagging and muscles screaming.

The Lagree Method adds strength training and resistance to traditional Pilates movements to get your heart rate up and maximise the results from a low-impact workout. It arrived in the UK by way of Los Angeles towards the end of 2015 with one studio smack back in the middle of Moorgate, which has more recently multiplied into a second in Canary Wharf, plus a third in the works for White City.

But will its Megaformer go the same way as the short-lived ‘treadmill bike’? Not if the results from our first session are anything to go by.

What is it?
‘Pilates on crack’ is the most common description for a Studio Lagree workout, and 16 years after it first launched, the tagline remains as apt as ever.

Founder Sebastien Lagree developed the workout after spotting women hitting the treadmill after a Pilates class to keep up their cardio. Convinced he could deliver a Pilates class that got the heart rate up enough to burn some serious calories, he came up with his own version of a reformer machine, tricked out with an extra platform and bars at the other end, plus additional weights and pulleys for extra resistance. 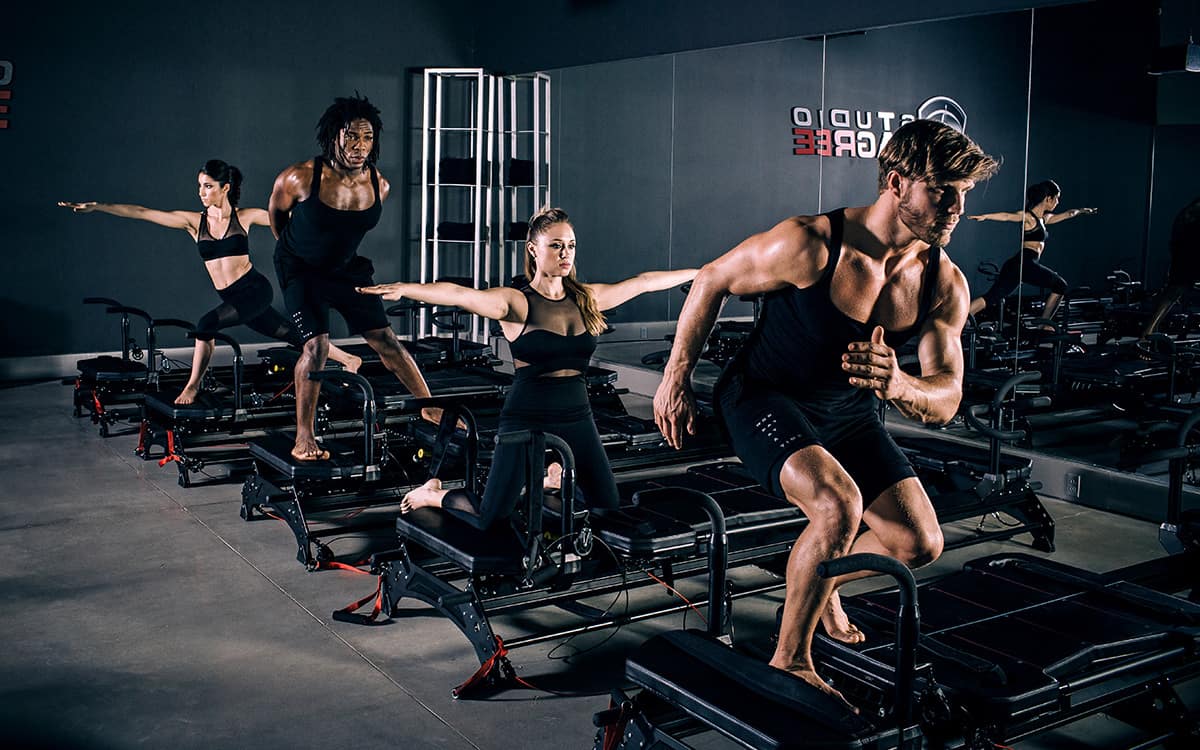 How does it work?
The entire 45-minute class is performed on the Megaformer, starting with abdominals then moving on to a series of targeted leg and arm exercises. All moves are performed at a slow and controlled pace with zero rest periods to work muscles to the point of failure.

There are some modification options, and you can always drop the resistance slightly, but that tension is key; don’t even think about collapsing into a shell stretch midway through your reverse lunge – the instructor is having none of it.

What are the benefits?
Lagree is billed as the only method of training that combines the five basic principles of physical fitness – cardio, strength, endurance, body composition, and flexibility – in a low-impact workout.

The Megaformer’s system of resistance and counter-resistance places muscles under constant tension and the slow, controlled pace of the exercises activates slow twitch muscle fibres to build a long, lean physique.

This constant tension keeps your heart rate up, so you can burn between 700 and 800 calories in a 45-minute session and hit those smaller muscles you never even knew existed until you can’t move them the next day.

How much?
Classes are £30 if purchased individually (though beginners can try it for £15) or
cheaper if bought in packs of 10 (£24 per class) or 20 (£21 per class). Studio Lagree also offers unlimited memberships starting at £200 for per month.