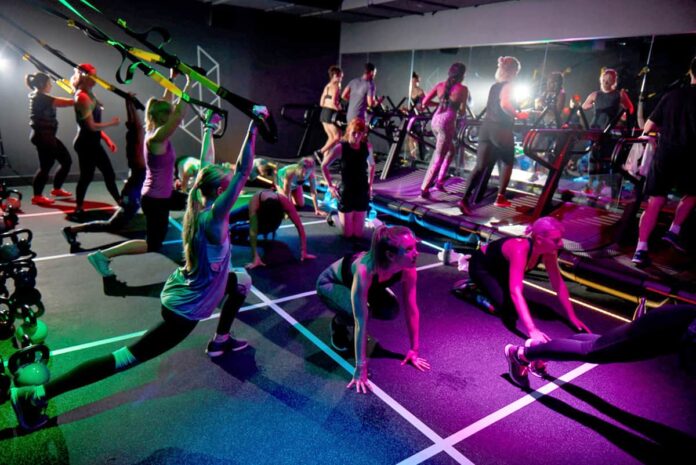 WHEN it comes to the Square Mile’s rapidly growing fitness market, a sizeable chunk of the recent expansion can be put down to the infiltration of ‘western’ forces.

These are the boutique fitness brands that launched their offering among well-toned, well-to-do west Londoners and spotted an equally lucrative market among the City suits.

Richmond-based Digme Fitness made its first foray into the Square Mile in March with a spin studio in Moorgate, and, more recently, a spin and HIIT gym at Blackfriars station.

But although success in the City often means adopting an ultra-efficient, in-and-out approach, Digme founder Caoimhe Bamber is hoping the community spirit she established in the leafy west can live on in the not-so-social gym goers of the Square Mile.

What is it?
A boutique, pay-as-you-train spin and HIIT facility offering spin, HIIT class Matrix, and fusion, a combination of the two.

Digme promises ‘world-class’ fitness classes with top-of-the-line facilities and instructors. Caoimhe, a former lawyer, is big on being ‘the best’ in a crowded field.
“All we do is spin and Matrix, so we have to be top, that’s a non-negotiable.”

How does it work?
Digme’s Ride classes have all the trimmings we’ve come to expect from a contemporary spin studio; professional cleats, nightclub-grade speakers and lights, and a 45-minute total sweat-fest.

Where they differ is the data focus; each bike feeds stats into screens at the front of the studio creating a virtual race between riders.

At the end of each session, each rider gets a summary of their performance, led by Caoimhe and husband Geoff’s own training for ironman competitions and ultra-marathons.

“I think people were a bit scared of data, thinking it was something competitive for professional athletes,” Caoimhe says.

“But you can see from the popularity of Fitbits that people do like data when you understand that it’s actually just about you and being the best version of yourself.”

Matrix classes have been developed around three fitness fundamentals; Run (cardio), Condition (strength) and Move (flexibility). Condition and Move components are a combination of weight training and functional movement exercises, while the Run element makes use of the SkillMill; a non-motorised curved treadmill designed to turbo-charge your cardio.

Move up the incline and find the belt slipping away faster, increasing your speed, then fall back into the flat middle to maintain your pace and build technique.

What are the benefits?
Two ultra-efficient workouts that drive you to achieve peak performance with top-of-the-line instructors and equipment and, in the case of Ride, a healthy dose of competition.

But it’s Digme’s efforts to recreate the community vibe of its Richmond studio in the faster-paced City gyms that will set it apart.

“In the City, fitness is definitely a lot more transactional, the most important thing for most people is efficiency rather than the social aspects, so that’s a real challenge for a brand that has been built around creating a community atmosphere,” Caoimhe says.

Of course, the competitive edge of the spin classes works well in among corporates, but instructors are also put through a rigorous audition and training process to help facilitate more engagement in the gym and on social media.

Caoimhe thinks this will be key to capturing the community spirit of the brand’s namesake; the location of the Ironman World Championships, Dig Me Beach in Hawaii.

“Yes, you’ve got all these world class athletes, but you’ve also got some amazing stories; an 81-year-old man who competes every year; another guy whose son had cerebral palsy and he raced with him – there wasn’t a dry eye in the house.

“All these inspirational characters create such a strong community spirit and that’s what I hope Digme is all about.”