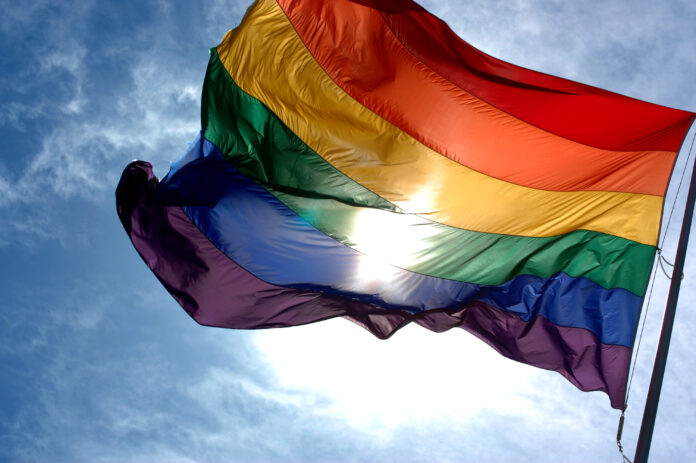 June and July mark the start of LGBT+ Pride Festivals around the world and, as City Matters covered in its recent edition, the City of London Corporation will be taking part for the first time.

Some readers may ask why this is newsworthy, and why is there a need to keep mentioning diversity, equality, and inclusion quite so often, not just in the context of sexual orientation, but also with respect to gender, gender identity, race, religion, age, and disability.

If we look at businesses in the City of London and across the UK, they remain overwhelmingly dominated by white heterosexual men.

Indeed, there are more people called Steve or Dave who head up FTSE 100 companies than there are women and people from ethnic minorities combined. And women make up just 25 of the 267 executives on those FTSE 100 boards.

There are 125 elected members in the City of London’s governing Court of Common Council, but 28 – fewer than one-quarter of them – are women, but I must admit that I am delighted that a woman is leading our most senior political committee.

However, setting all that in the context of this year’s centenary of women first being allowed to vote, it is possible to see that we are still nowhere near the equality that our forebears in 1918 hoped for and envisaged. Perhaps too often the cause of diversity and equality has become what might appear to be a ‘minority sport’.

Those excluded from the mainstream find themselves talking to each other in an endless echo chamber that fails to take people with them in explaining why diversity matters to us all. So, here’s why.

By failing to diversify, we fail to include. Inclusion brings together a richer set of perspectives and broader engagement, more lively conversations, and a better quality of environment for all.

It is about mutual esteem for each other, not ‘tolerance’ (a word that I still hear far too often in this context) or ‘acceptance’. Inclusion is a catalyst for empathy, understanding, and friendship.

Inclusion benefits us socially, in the workplace, and also in high public office. It creates happiness – and that’s before we begin to measure the compelling productivity improvements in human capital terms and other tangible effects on the corporate bottom line.

And it is in this spirit of inclusion that the City of London Corporation has decided to participate in this year’s annual Pride Parade for the first time, a move driven by City Pride, the City Corporation’s LGBT+ Staff Network.

Our participation will be thoroughly inclusive – with straight allies walking alongside lesbian, gay, bi and trans colleagues. Furthermore, the City Corporation will fly the LGBT+ Pride Rainbow Flag over iconic buildings such as Guildhall, The Mansion House (the Lord Mayor’s official residence), Old Bailey, and Tower Bridge.

Some people may say, perhaps fairly, that the City Corporation is a bit late coming to the game. But I would argue that 950 years getting on to this field is better than 951 years – and we are joining with genuine enthusiasm and in a spirit of happiness. And yes, pride.

We live in an era of great change and, in many ways, of tremendous progress.

But until the leadership of our nation’s top companies becomes more diverse, and the echo chambers rendered obsolete, we must use every opportunity to speak out in the cause of inclusivity.

With that in mind, we look forward to Pride with great hope and no little excitement, because we are all of us stakeholders in that process of creating a single community where everyone can fully contribute, achieve, and succeed.

We will continue to play our part in this campaign until inclusion becomes a given – and the need to diversify becomes nothing more than a footnote from a bygone age.

Tim Hailes is the City of London’s first openly gay sheriff and alderman for the ward of Bassishaw.