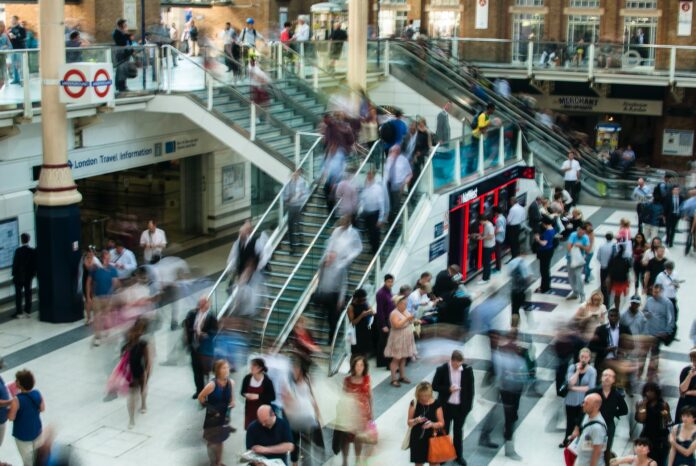 London’s transport network received a vital boost over the bank holiday weekend as visitors flocked to the capital for the Queen’s Platinum Jubilee celebrations.

TfL has reported that more than 8.5 million Tube journeys were made over the course of the four-day weekend while there were more than 13.5 million bus journeys as tourists descended on London to catch a glimpse of the Royals and watch performances by Diana Ross, Rod Stewart and Queen.

More than 1.16 million journeys were made across the entire length of the recently-opened Elizabeth Line, including 625,000 journeys on the central section between Abbey Wood and Paddington.

According to TfL, the number of Tube journeys made on Thursday and Friday was “significantly higher” than during the Early May Bank Holiday while footfall exceeded pre-pandemic levels at certain times.

Mayor of London Sadiq Khan on Wednesday paid tribute to the Queen and said the Platinum Jubilee celebrations have played a “key role” in London’s post-pandemic recovery.

Khan said it was “incredible” to welcome tourists from the UK and abroad and that London’s “world-class” public transport network made the celebrations possible.

He said: “In the last 70 years the Queen has led our country through some of the most extraordinary times in our history, and these celebrations have played a key role in supporting our recovery from the pandemic, boosting tourism and drawing visitors from across the globe back to London.”

NOW READ: Cost of living crisis survey reveals half of Londoners are struggling

Disruption had been expected on the transport network over Jubilee weekend due to planned strikes, but last minute talks saw them called off as the RMT union said “significant progress” had been made in resolving a dispute about workplace bullying.

Last month, TfL reported that Tube passenger numbers were at the highest level since before the start of the COVID-19 pandemic.

Despite the recent boost to passenger numbers, TfL is still in a woeful financial situation and negotiations with the Government over a new emergency funding package are said to be progressing “very slowly” according to Sadiq Khan.

With just weeks to go until the current deal expires, TfL and the mayor have been banging the drum for London’s transport network in a bid to secure new funding.

TfL Commissioner Andy Byford said that the success of the Jubilee celebrations over the weekend and the spike in passenger numbers on the Tube “demonstrate how vital public transport is to deliver great events like this which benefit the whole of the UK”.