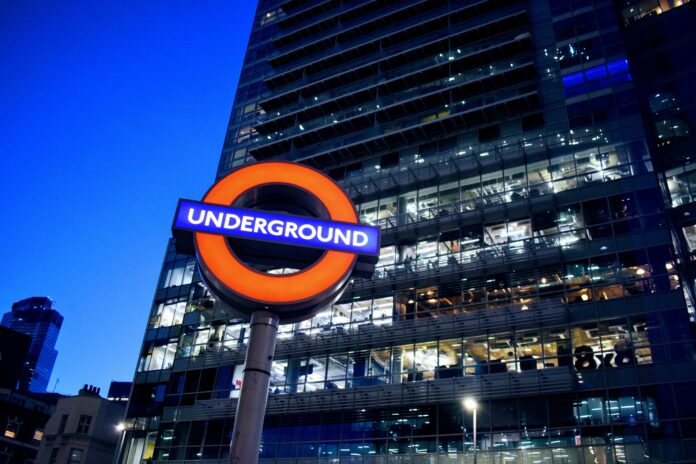 With TfL facing a state of “managed decline” due to the £1.2 billion funding gap revealed this week, several projects and upgrades across London’s transport network are facing the axe beyond 2023, while bus and Tube services may be reduced.

Back in September, Sadiq Khan announced that all new buses in London would be zero emission in a bid to have a completely green fleet by 2034, three years earlier than originally planned. There are currently around 550 zero emission buses in London out of a fleet of 9,000, with the rest powered by diesel.

But TfL may be forced to scale down the roll out of electric and hydrogen-powered buses, while plans to make improvements to safety for cyclists and pedestrians at busy junctions may also be scrapped.

Claire Harding, research director at the Centre for London thinktank, has said that London’s role as a “leader” in green transport is “now at risk”, with a reduction in services likely to lead to more car use.

Harding said: “In recent years, London has become a leader in greener and cleaner transport – it’s been good for the planet, and good for Londoners’ health. But this is now at risk.

“Without a sustainable and long-term funding deal, Transport for London won’t be able to invest in better walking and cycling routes. They will have to keep using older, more polluting buses for longer. And to make matters even worse, they might have to cut Tube and bus services, forcing Londoners back into their cars for everyday journeys. We’ll never get to net zero if more people travel by car, but there’s a real possibility that this will happen – and it doesn’t need to.”

Campaigners have also warned that plans to scrap TfL’s Healthy Streets scheme, which promotes walking and cycling, will also have a negative impact on air quality and the climate, further encouraging car dependency in London.

Simon Munk, campaigns manager at London Cycling Campaign, said that it is “absolutely vital” for TfL to secure a long-term funding deal from the Government to continue London’s shift away from car use.

Munk said: “We wrote to Alok Sharma and Grant Shapps only a few weeks ago, in the shadow of COP26, to point out that it is absolutely vital that London gets a fair, long-term funding deal for transport, because we’re leading the country on shifting away from cars, reducing pollution, moving to climate safe streets, increasing walking and cycling and reducing car use.

“Many of the DfT’s own targets on things like mode shift are predicated on London continuing to deliver on these issues. London leads the country on these actions.”

While Khan has been banging the drum for London since the scale of TfL’s financial woes was revealed this week, Transport Secretary Grant Shapps on Friday accused London’s mayor of “public lobbying”.

Shapps said: “I think what we’re seeing here is a bit of public lobbying in advance of the next settlement which takes place in December.

“People can see we’ve stepped up to the plate and been able to keep TfL running. It’s really important that the mayor does his part and addresses some of the for example, terms and conditions of pensions, where the taxpayer is paying a lot of money in and we need to make sure that this is run in a manner which not just benefits Londoners, but actually the rest of the taxpayers in the UK as well.”