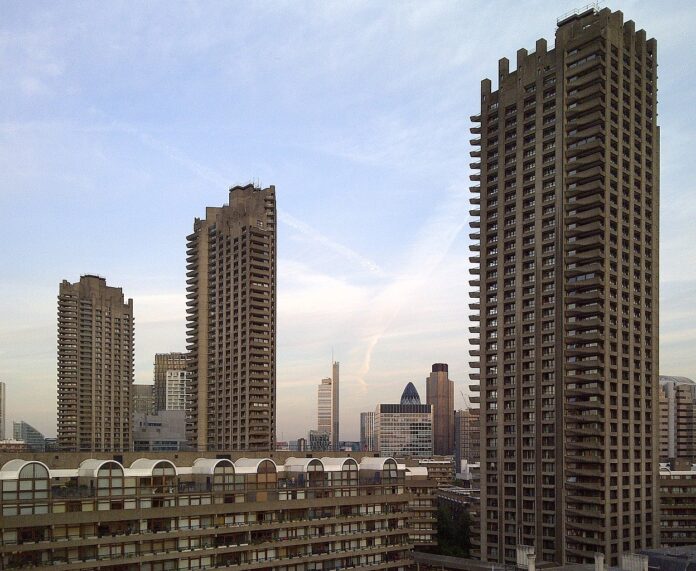 First, a high five goes out to all the parents whose kids are sitting exams – GCSEs, A levels, whatever – we’re almost done, everyone! I share your anxiety and I’m with you all in spirit (now, that’s a good idea…).

2019 is the 50th anniversary of the first residents moving into the Barbican Estate, and the Barbican Association is celebrating in style.

Tickets for a celebratory workshop on the 8 June are on sale now. Hosted at the Barbican Centre, tickets are going fast. Find out more at barbican.org.uk/residents. The workshop will be celebrating the magnificent architecture of the estate – with a host of interesting speakers including Elain Harwood from Historic England, several architectural historians, and some very expert residents.

A BA working group is also pulling together ideas for a fun Saturday of celebration in September, with some one-off events and exhibitions; more news on that when things are firmed up.

Look out for your summer issue of Barbican Life arriving mid-June, which also celebrates our Golden Anniversary year. In the midst of all this positive energy and appreciation of our home, my fear is that our celebratory summer can’t be enjoyed by all our residents equally.

Our neighbours in Mountjoy House and Thomas More House are plagued with worry about what the City of London Girls’ School expansion will leave them with when the dust settles. Since only informal plans have been seen so far, this project of two years and counting continues to taunt – like a mosquito which keeps changing its angle of attack.

Only we’re not dealing with a mosquito; we’re dealing with the powerful and influential governors at the school.

To all our residents, we need you now. The school has started its run up to planning permission and our neighbours need our support. After many letters to and meetings with the school, a group of residents met with the  governors and architects a few weeks ago to see if any of their concerns had been addressed.

However, the school’s proposals have not changed in any aspect in the four months of discussion with the BA working group. The working group has tried hard and has made many suggestions for adaptations, but plans are 100% the same.

The plan is still to fill in the area under Mountjoy House and stick a massive restaurant there. The plan is still to have catering supplies arriving via the Thomas More car park from the early hours of the morning (note that many lorry models can’t inhibit their automatic reverse alarm).

The plan is still to build some sort of prefab greenhouse classrooms on the podium by the gardens. The school doesn’t seem to have budged an inch.

To persuade you of the public benefit of the expansion (remember that only about 29 girls at the school come from EC postcodes), the school leafleted the estate and held public meetings on 21 and 23 May.

A copy of the plans was due to be loaded on to the school’s website after a second consultation meeting on 24 May – this is the first time we’ll actually get copies of the plans. The final plans will be made available as soon as possible on clsgexpansion.com.

It was interesting to learn that City planners refused to allow two new bay windows to be inserted into a single Barbican flat in 2011, refusing the application and saying the windows “would appear at odds with the Brutalist appearance and robust nature and finishing of the surrounding materials on the estate” and the “views of the supportive concrete columns, which are a distinctive feature  the estate, would be obscured”.

This is the same Brutalist appearance and the same concrete columns that the school’s proposals would compromise beneath Mountjoy House.

The school has already expanded three times; multiple promises made by the school in 1989 and early ‘90s for no further expansions were broken in 2002.

This is not the first expansion project and I doubt that it will be the last. The school’s timetable remains the same as before – public consultation in June and July and a planning application in September.

Ever the optimist, I’m hoping that the school develops both an empathy with our architectural listing and a sympathy with their long-suffering neighbours (two years of stress and counting).There is an estate-wide residents’ meeting on 13 June.  Please join us and support your neighbours.

Helen Hudson has lived in Defoe House on and off since the 1970s and keeps us up to date on resident news and committees.