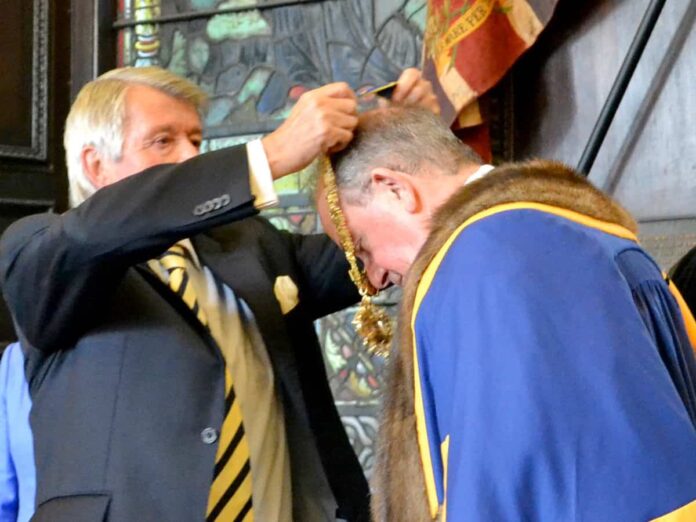 THEY say communication is key – and you would be hard pressed to find a group in the Square Mile that endorses that mantra more than the Worshipful Company of Stationers & Newspaper Makers.

Now, after electing a new Master – namely longstanding liveryman Nick Steidl – the 600-year-old company created solely for the communications and content industries is putting a firm focus on forging a lasting future in a world with an ever-shifting media landscape.

“Look beyond the horizon, not at it; that’s great advice,” said Master Steidl, who has been part of the company for 27 years and succeeds Ian Bennett as the livery’s leading figure.

“We respect history and pageantry but our focus as a company needs to be on the future. The BBC called us a think tank and, although not strictly true, it is a good description.

“We link together people from several different business sectors, including paper, print, packaging, digital, and hard copy publishing and paper; it is a meeting point and information exchange centre for many, many key decision makers.”

Nick’s background is in paper. From 1984 to 2008 he was chairman of Thameside Group, the parent of paper agent HH Pegg. He holds the Paper Industry Gold Medal which was presented to him at a Charter Dinner at Stationers’ Hall.

Mr Steidl has played a part in the publication of reports on the future of paper and print, as well as one on packaging.

He has also served as chairman of the Stationers’ Foundation, which runs charitable giving and educational projects, and during his term in office he will oversee the relocation of the Stationers’ archives to a site more appropriate for display purposes.

The move marks just the beginning of planned renovations of Stationers’ Hall, which could take two to 10 years to fund and complete.

Education, too, will continue to be keenly promoted under Nick’s watch, he already having been instrumental in negotiating the partnership with the Stationers’ Crown Woods Academy, a secondary school which benefits from the time, money and expertise supplied by liverymen and members of the company.

“The company remains relevant and proactive,” said Nick as he assessed the role of livery companies in general in the modern age.

“I am passionate that this continues and that we have gender balance and represent the UK citizenship generally moving forward.”