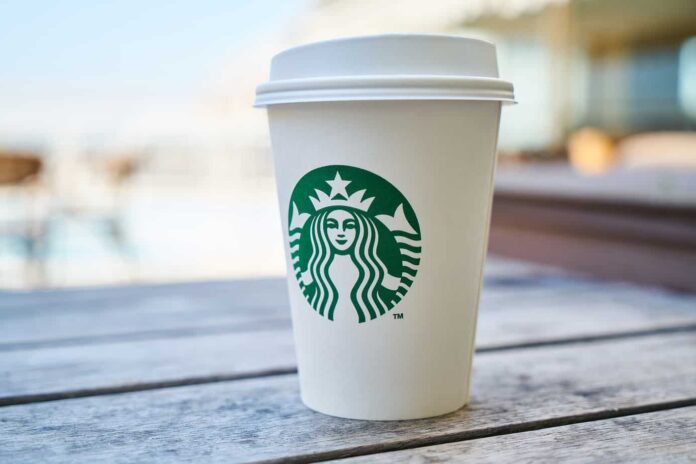 City workers in need of a caffeine hit will need to bring their own cup or stump up an extra 5p for one at Starbucks as of this week, with the coffee chain trialling its ‘latte levy’ in stores across central London.

Eleven stores in the Square Mile will participate in the three-month trial, during which customers will be charged an additional 5p for takeway coffee cups in a bid to reduce waste and promote reusable cups.

Starbucks will be the first coffee chain in the UK to trial a ‘latte levy’, with the proceeds donated to environmental charity Hubbub.

Funds will be used to run a comprehensive behaviour change study, broadening understanding of how the public can be encouraged to choose reusable drink containers, and to support other innovative anti-waste campaigns across London.

This is not the first time the charity has led campaigns to help reduce waste in the City. In April last year they launched the Square Mile Challenge paper cup recycling scheme, which resulted in over 4 million recycled takeaway coffee cups, and was supported by all leading coffee retailers including Starbucks.

Starbucks-commissioned research found that almost half (48%) of people surveyed said they would carry a reusable cup to save money and reduce waste.

Throughout the three months, 5p will automatically be added to any paper cup purchase in the participating 35 Starbucks branches.

“We’re hoping that this charge will remind customers to rethink their use of single-use plastic-lined cups, as it has with plastic bags,” said Simon Redfern, vice-president of communications for Starbucks Europe.

“We’ve offered a reusable cup discount for 20 years, with only 1.8% of customers currently taking up this offer, so we’re really interested in working with Hubbub to see how this charge could help to change behaviour and help reduce waste.”

The UK currently throws away 2.5billion disposable coffee cups every year, with only a small percentage of these currently being recycled.

The oldest pubs in the City of London