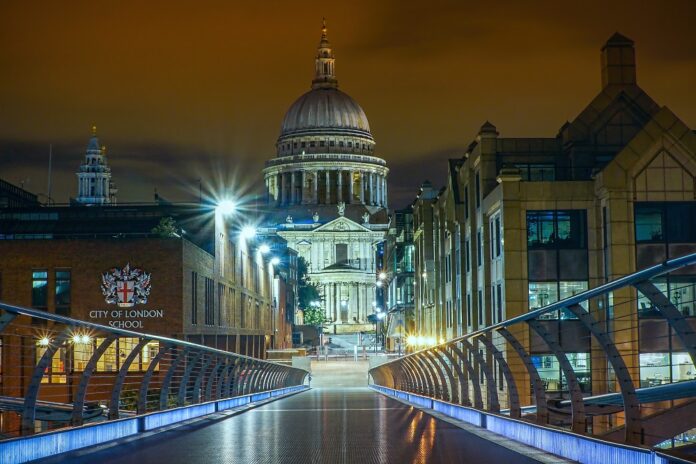 The City of London Corporation will overhaul the external lighting of St. Paul’s Cathedral in a project to improve views of the iconic building, boost the City’s night-time economy and significantly reduce carbon emissions.

The western and northern sides of the Cathedral’s dome are currently in darkness at night, with the lighting of the eastern and southern sides also at risk of failing. The initiative will see the dome fully reilluminated with neighbouring streets also benefitting from improved visibility.

The project supports objectives identified in the City Corporation’s Lighting Strategy, including to support pedestrian movement through the Square Mile, and will further enhance and promote the protected views of the Cathedral.

Chairman of the City of London Corporation’s Projects Sub Committee, Keith Bottomley, said: “St. Paul’s Cathedral is one of the world’s most iconic buildings. In normal times it welcomes two-million visitors annually and frequently hosts major events of national importance which are often broadcast worldwide.

“By installing new state-of-the-art lighting, this iconic building will be kept visible around the clock, whilst also preserving the delicate fabric for generations to come.

“The new system will be much more energy efficient, reducing carbon emissions by an estimated 66 per cent, and it will enhance the night-time appearance of the Cathedral and its surrounding area. This will ultimately provide a boost to the Square Mile’s night-time economy – which is vitally important as the City’s recovery gains pace.”

“This eco-friendly project is only able to be started due to the generosity of the City Corporation and all involved in raising the necessary funds.

“Our heartfelt thanks to all involved.”