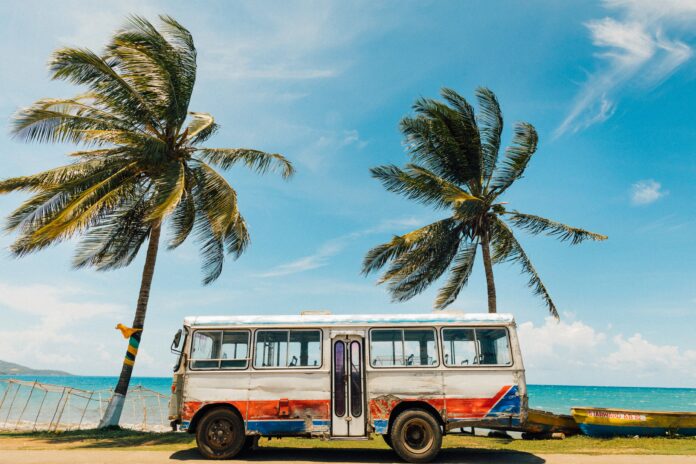 Has there ever been a more alluring island than Jamaica? You’ll find the mountainous country in the middle of the Caribbean sea, framed by Cuba, the Cayman Islands and Haiti, forming an archipelago known as the Greater Antilles.

Jamaica’s lush and beautiful landscapes, picture-perfect beaches, delicious cuisine, and rich, yet problematic, history, all play a part in bringing in tourism from across the world.

Full of warm, friendly people, the island’s inhabitants are eager to welcome you to their home and help you forge an unforgettable trip while you walk in the footsteps of many famous faces including Usain Bolt, Grace Jones, Sean Paul and, not forgetting, Bob Marley.

Famous for its relaxed way of life and being the originator of dancehall, reggae, dub, and ska, Jamaica has certainly influenced modern day culture as we know it. Add that to it being the birthplace of Rastafarianism and you’ve got an island which oozes character. 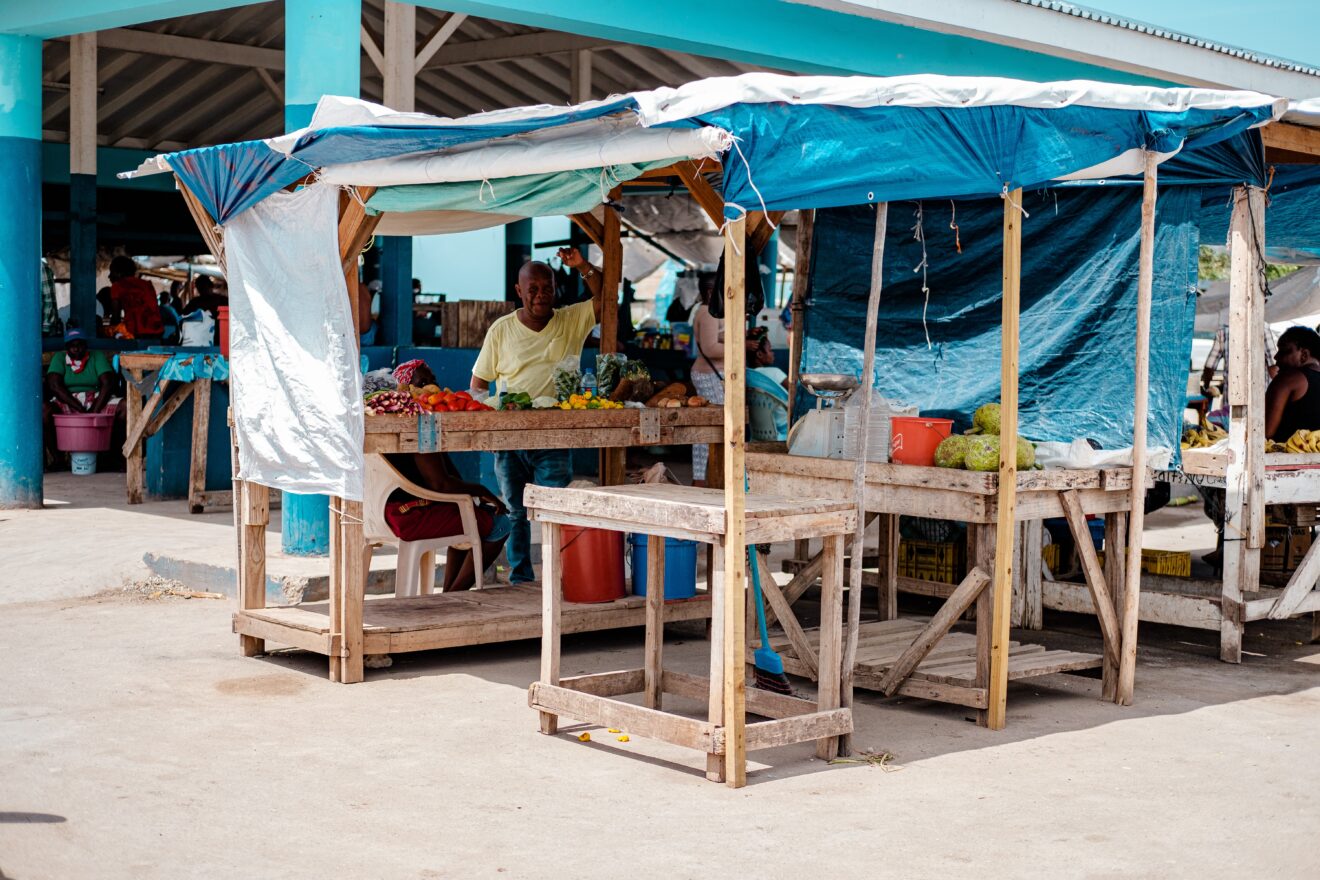 Jamaica offers a dynamic kaleidoscope of experiences and packs a mighty (rum) punch when it comes to holidays. With six main resort areas, it’s near impossible to summarise the island in just a couple of pages. Whether you’re looking for the calm, coastal paradise of Port Antonio, the exhilarating water pursuits in Ocho Rios, or the hustle and bustle of the capital in Kingston, there’s a place on the island for you.

So, in between learning local Patois phrases and humming Three Little Birds, read on to learn why Jamaica should be next on your list to visit. As they say on the island, Walk Good!

Jamaica is a melting pot of experiences. It’s history is complex and diverse and overshadowed by years of political conflict, slavery and forced displacement. Today, the country has reclaimed its own culture and identity, but Jamaica still rightly remembers how its ancestors overcame indescribable horrors and adversity.

Due to colonisation of the indigenous people of the island, today’s documented history of Jamaica begins when Christopher Columbus first came to the Americas and landed in Jamaica in 1494. According to Columbus, Jamaica was “the fairest island that eyes have beheld: mountains and the land seem to touch the sky … all full of valleys and fields and plains.” 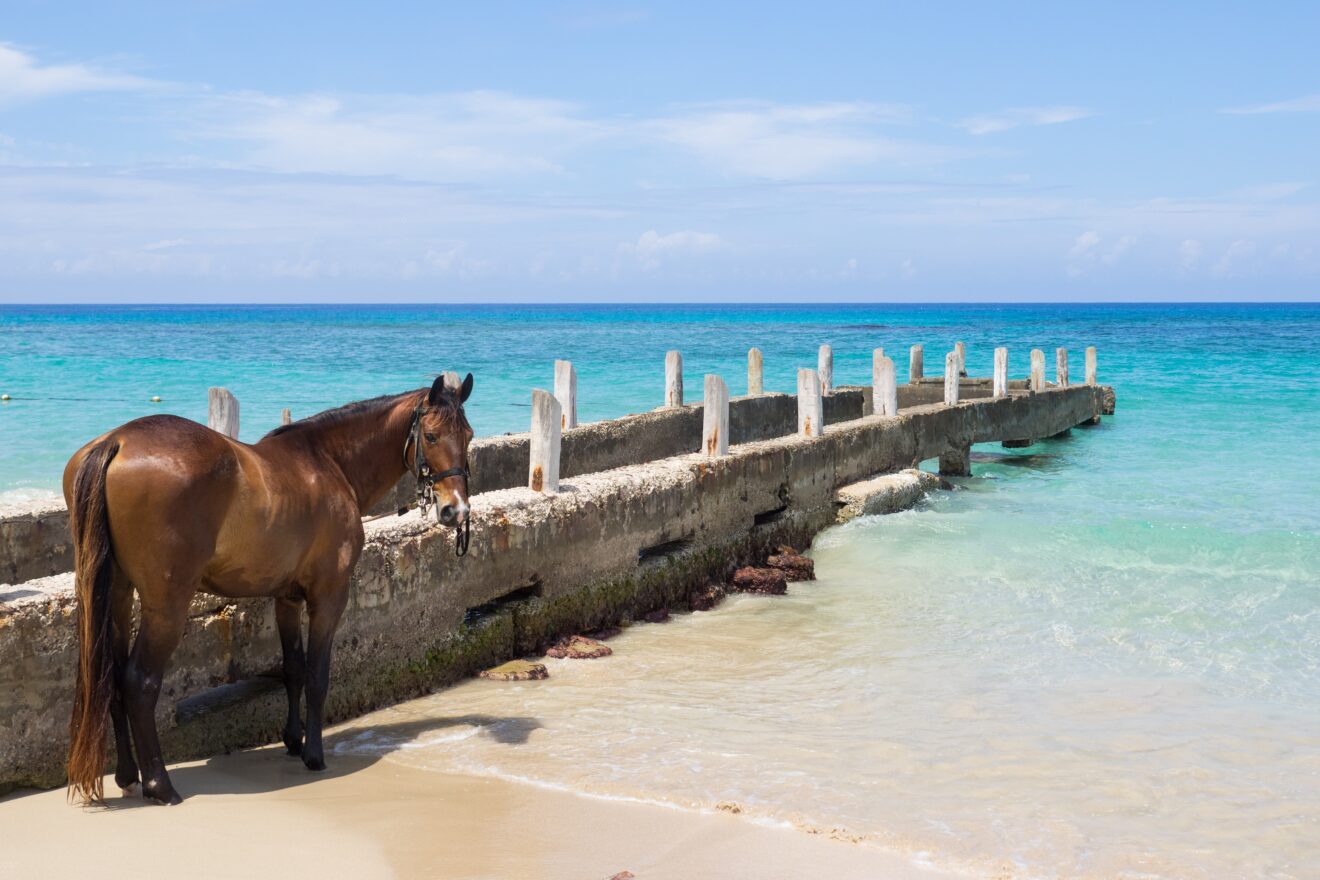 Bringing over Spanish settlers to colonise the native Tainos people, the Europeans quickly turned to them for labour. Grievously, the native population died out due to slavery and lack of immunity from Spanish diseases. However, the Tanos peoples’ imprint on the world is still obvious, with words such as “hurricane,” “tobacco,” and “barbecue” derived from their language.

The Spanish occupied Jamaica for around 150 years before the English defeated them in 1655. During this time, both countries prospered from the cultivation of sugarcane and the trading of African slaves.

In 1834 slavery was abolished and, although it wasn’t an easy path, Jamaica started to forge its own identity – the one we see today. It wasn’t, however, until 1962 that the Jamaican flag was raised and the nation became independent. 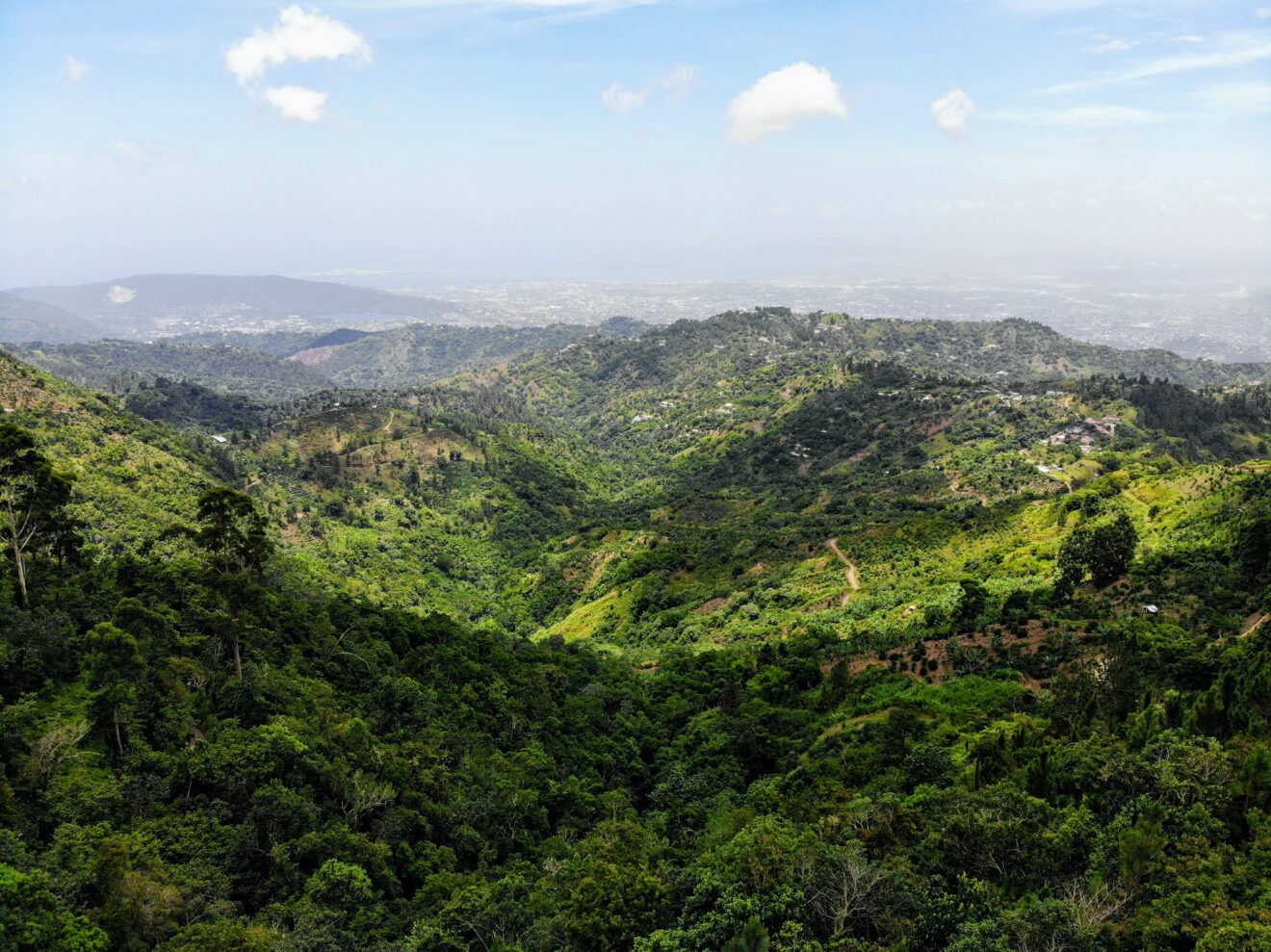 There are a plethora of museums, places and monuments around Jamaica to help you take an even deeper dive into the history of the nation, including the National Museum of Jamaica in Kingston. Other places include the Museum of St James in Montego Bay, Konoko Falls (home to a museum dedicated to the Tainos), and Port Royal – a fishing village and former naval base rich in the history of Jamaica’s past.

Museums are a must when visiting Jamaica, but there are plenty of other attractions on the Caribbean island. There are six main areas recommended to tourists; those are Kingston, Negril, Montego Bay, Ocho Rios, Port Antonio and South Coast, and each district offers something different. 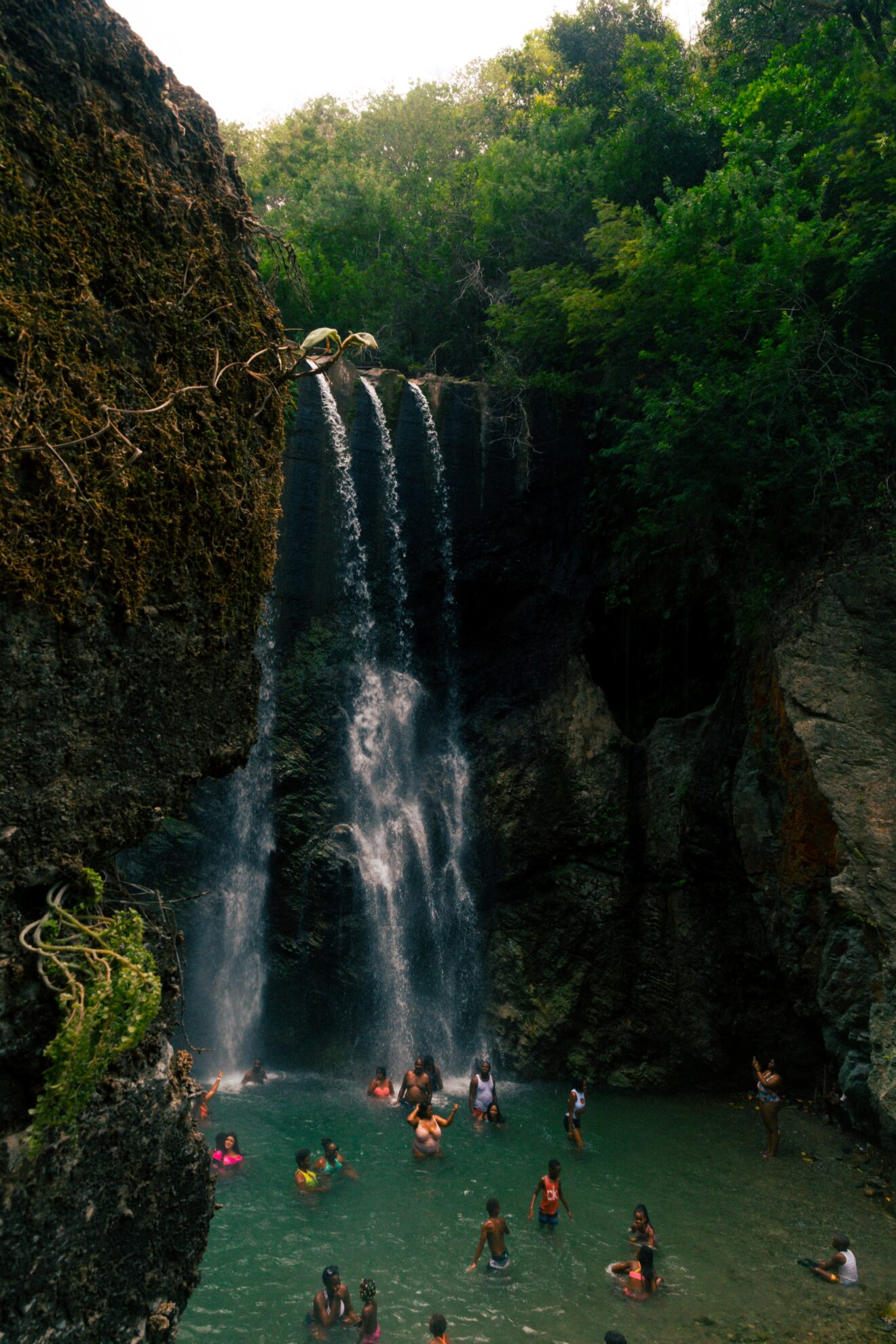 If you’re looking for natural phenomenons, head to Luminous Lagoon, close to Montego Bay. Stretching along the Trelawny marshlands from Rock to Falmouth, the former shipping wharf is now famous for its bioluminescent water. Visit at night to watch the lagoon twinkle from the eerie glow of the plankton. Another watery must-see are the Dunn’s River Falls near Ocho Rios. The waterfalls are extremely popular with thousands of visitors making the trek into the rainforest each year. A good tip is to get there very early in the morning to avoid the crowds.
Looking for a little more excitement? Make sure to take a trip to Rick’s Cafe (facebook.com/rickscafejamaica) in Negril. Doesn’t sound particularly exhilarating? Don’t be fooled. While enjoying a drink at the local, you’ll see brave divers jump from the cafe’s adjacent cliff and into the azure waters from a huge height. If you’re not looking for an adrenaline rush, relax in the bar while you watch the incredible sunsets on offer from the cliffs instead.

Steeped in history, Spanish Town is a go-to place. Dating back to 1534, the former capital is home to Emancipation Square (or Parade), which features the town’s oldest buildings. The town is also home to the Cathedral of St James, which is the oldest Anglican cathedral in the Caribbean and the Old Iron Bridge, which is the oldest cast-iron bridge of its kind in the Western Hemisphere, dating back to 1675.

If you’re after a musical journey on the island, visit the home and recording studio of the reggae legend Bob Marley in Kingston. The Bob Marley Museum (bobmarleymuseum.com) houses the iconic Jamaican songwriter’s memories and relics. We suggest you book one of the three tours available to the public to get true behind-the-scenes insight into Marley’s past and legacy.

If you’ve got the family in tow, take the little ones on a nature trip to remember on a bobsled or sky lift – due to the country’s talented bobsleigh team. If the children are a little bit older, don your hiking boots and head to the Blue and John Crow Mountains National Park. Take your camera with you on your trek as the 100,000-acre rainforest plays host to incredible wildlife and home to incredible species of animals, too. An Unesco World Heritage Site, the rainforest offers incredible views and was once home to many Jamaican Maroons (escaped slaves). Due to its rich and unique biodiversity, the rainforest gave Jamaican’s new foods that are still eaten today.

Jamaican food is a favourite across the world today. Due to its colonial past, the Caribbean island’s cuisine takes influences from lots of different countries and continents but, using native ingredients, has created unique and creative dishes.

Combining Asian, English, African and native Caribbean flavours, Jamaican food is rich and often spicy. Meat and fish are an essential part of the menu, but so are the fruits and vegetables found in abundance on the island.

Street food is a great way to try authentic Jamaican delicacies without blowing the budget. Things like jerk chicken, curried goat and ackee (fruit of the ackee tree served with dried fish) are all firm favourites with locals. What’s more, patties (Jamaican pastry filled with meat or vegetables) are the perfect hand-held snack to grab from a cart while you explore the island.

Jamaica is known for its refreshments too. Sip on an ice-cold can of Red Stripe lager on the beach while you watch the waves lap the shores, or treat yourself to a rum punch cocktail during golden hour. If you’re after a soft drink, however, make sure you crack open a can of the thirst-quenching, sparkling grapefruit drink, Ting. You may have tried all of these Jamaican offerings at home, but you won’t have indulged in a morning cup of Jamaican Blue Mountain coffee as the sun rises. Known for its sweet, floral taste, the java is one of the rarest and most expensive coffees in the world.

If you fancy leaving your resort or hotel for dinner, you have a whole host of options on your doorstep. Give Miss T’s Kitchen (misstskitchen.com) in Ocho Rios a try if you want a relaxed vibe with authentic dishes. Order the honey-fried chicken or grilled lobster and wash it down with a cold glass of something sweet. One of the top restaurants in the area, you’ll feel like you’re in paradise.

Despite Jamaica being an utter paradise, crime is an issue in some parts of the island. So, it is advised for tourists to book into a resort or hotel to avoid booking a stay on the wrong side of town. Don’t let that scare you off, however, as the more touristy areas on the island tend to be very safe.

A perfect place to rest your weary head after a day of sightseeing is the newly renovated Sandals Dunn’s River (sandals.co.uk). Reopening in May 2023, the luxury Jamaican resort is not only beautiful, but is located a stone’s throw away from the beach.

A firm favourite with tourists since 1991, the all-new 260-room Sandals Dunn’s River is undergoing a thorough restoration from top to bottom. Designed to embrace the essence of Jamaica and its winding rivers, lush forests, and majestic banyan trees, the resort is filled with innovative amenities, accommodations and culinary concepts.

Culinary offerings at the luxury resort include 12 gourmet restaurants, including French restaurant L’Amande, which serves an exquisite mélange of French cuisine and Jamaican fare in a chic setting. Or, reserve a table at the Greek concept, Edessa, where the Caribbean and Aegean seas meet.