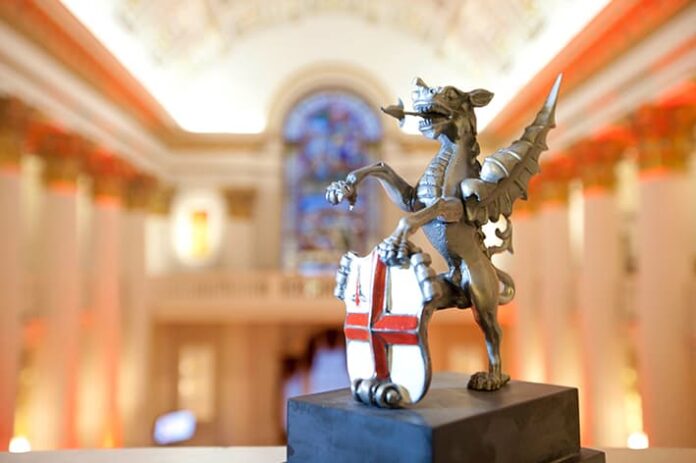 A global law firm, a leading national bank, and a world-renowned publishing house are just some of the organisations shortlisted for this year’s Lord Mayor’s Dragon Awards.

The City Corporation, which runs the annual prizegiving, has announced a shortlist of nominees, with 16 businesses of all sizes and sectors making the cut and hoping to be rewarded for how they tackle social problems in London.

Shortlisted applicants include international law firm Weil, Gotshal & Manges LLP, which has provided almost 500 hours of free legal advice to the Royal Society for Blind Children to support Wayfindr, an app for people with visual impairments that provides audio directions for London Underground stations. The programme has so far supported 150 people across the Capital.

Meanwhile, Penguin Random House UK has been put forward for recognition for its WriteNow project, a campaign which aims to inform, inspire and ultimately publish writers from under-represented backgrounds.

City-based Allen & Overy LLP has also been chosen for its annual employability programme for the over-50s, tackling long-term unemployment and obstacles to re-entering the workforce through training sessions, supporting with job applications and one-to-one mentoring. In fact, over the last 30 years, businesses that have applied for the awards have helped over 10million people, mobilised 200,000 business volunteers, and given nearly £250million in donations and in-kind support to London’s communities.

“It’s fantastic to see that such a diverse range of organisations have applied this year. Firms of all sizes and all sectors have made the shortlist – all of them really making a difference.

“The immense, invaluable contribution of business in tackling social issues often goes unnoticed. In today’s challenging economic climate we need their intervention more than ever.”

And this year Mr Bowman is leaving his own signature mark on proceedings with the introduction of the Business of Trust Champion.

Focussed on trust in business, the Lord Mayor’s theme for his time in office, this mantle is open to all businesses across the UK, and celebrates those which are championing responsible practices to create a lasting legacy. The award is open for applications until July 30.

All applicants will be invited to Mansion House in September where the winners will collect their prizes.

The awards form one part of the City of London Corporation’s commitment to working in partnership with businesses, charities and neighbouring boroughs to create a more responsible, inclusive and competitive London.

As part of this drive, the local authority funds Heart of the City, a charity supporting London’s SMEs to start their own responsible business programmes.

It also sponsors the City of London Business Traineeship Programme, which places state school pupils into paid internships at top City firms, giving young people the skills needed for a successful career in the Square Mile.