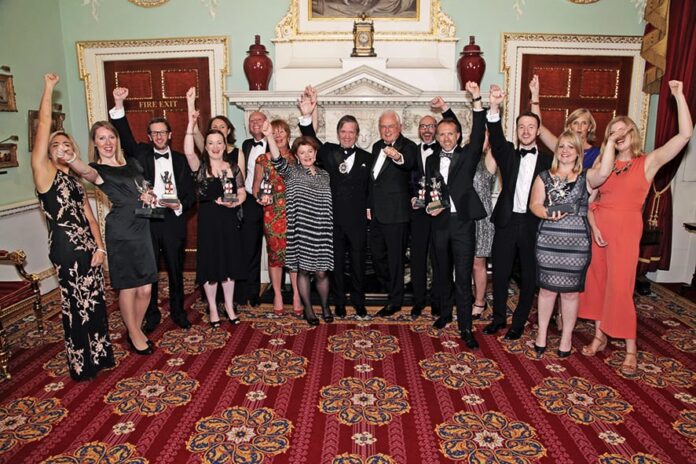 Few business terms have seen a more meteoric rise in profile over the past 30 years than those that contain the word ‘responsible’.

Corporate social responsibility (CSR) was once seen as an add-on; a reactive move to stem bad press or get staff out of the office for the day to plant some trees. Fast forward three decades and the far buzzier term ‘responsible business’ has become synonymous with ‘good business’, firmly entrenched in a firm’s core activity.

For proof of how far Square Mile firms have come in terms of their approach to responsible business, one need only take a look at the applications for the City of London Corporation’s Dragon Awards in its formative years. The awards were established in 1987, the first of their kind to recognise excellence in companies’ corporate community involvement that benefits Greater London.

“Thirty years ago, it was much more focused around employee engagement,” says Noa Burger, who is the Corporation’s head of responsible business. “It was an internal engagement tool; giving staff a chance to get out of the office, time to volunteer, team bonding… but there wasn’t much of a strategic drive.”

Even a press release issued at the time by the awards’ founder and then Lord Mayor, Sir David Rowe-Ham, reveals the prizes themselves were established as a reactionary tool to some bad press that charged the City with “a lack of care, and for not becoming involved in the problems of inner cities existing on its door step”.

Today, we know, the case for responsible business has never been stronger. Companies have begun approaching CSR in a more strategic way, recognizing that aligning these projects with their business model and goals can improve their competitive advantage. It is this far more “professionalised” approach that Noa is anticipating from this year’s submissions for the 30th Lord Mayor’s Dragon Awards, which opened last week.

Firms can submit applications against one or more of the seven categories, which recognise everything from partnerships between community organisations and the private sector, inclusive employment practices, and those that demonstrate a strategic approach to community engagement. Applicants are shortlisted by a panel of preliminary judges, and category winners are announced at an annual celebration dinner hosted by Lord Mayor Dr Andrew Parmley at Mansion House in September.

Among last year’s winners was global law firm Dentons; recognised in the Long Standing Achievement category, for a decade-long commitment to the Poplaw Legal Advice Clinic which it runs in Tower Hamlets. Since opening, Poplaw has provided over 10,000 hours of free legal advice, saving the local community an estimated £4.8million in legal fees.

The Best New Community Programme award went to Penguin Random House UK for tackling the “creativity gap” for young people through a partnership with East London writing centre Ministry of Stories, and Assael Architecture for the success of its Giving Something
Back programme, in which staff donated more than 1,500 hours to mentoring architecture students.

Management Consultancy Oliver Wyman was recognised in the Future Proofing Charities category for delivering free consulting for not-for-profit firms and charities who want to achieve greater social impact, while Transport for London picked up the Enterprise and Employment award for a mandate requiring all suppliers to have a skills programme for disadvantaged Londoners as a condition of doing business with them.

Noa says last year’s winners exemplified what the judging panel looks for: solid rationale behind why a business has chosen to address a need in a certain area, real collaboration with community partners, a demonstrable and sustainable impact backed up by solid evidence, and a positive impact on the firm, as well as the community. But just as the sector has changed, the Dragon Awards have evolved with it, this year introducing two new categories aimed at strengthening the City’s ties to Greater London and the rest of the UK, as well as inspiring more risk-taking in the sector.

The Regional Impact Award is for Greater London headquartered businesses that are using their influence and resources to strengthen regional communities, a contribution that generally isn’t recognised in the other categories. “Firms have told us they want to be able to demonstrate their impact outside of London,” Noa says. “We see this as an opportunity to strengthen the City’s relationship with the rest of the UK – and the fact is businesses in London do contribute across the regions.”

Coming in fresh alongside it is the Innovation Award, aimed at companies developing new ways to benefit Greater London communities by addressing an issue rarely supported by business. “We have always had a focus on celebrating excellence, but we wanted to make room for a bit more creativity,” Noa explains.

One example was an entry from last year’s pool that had staff at a law firm delivering a series of talks around sexual consent in schools, an issue Noa points out most business don’t want to touch. “We want to encourage companies to try new things… addressing issues that others don’t address.”

Part of this growth will be driving a greater diversity of applicants for the awards and encouraging more smaller businesses to apply. Currently SMEs make up around 15% of applicants but Noa maintains “you don’t have to be UBS to win”.  Special considerations are given to SMEs without the resources for flashy applications, and different metrics are used to judge entries depending on the size of the business.

The changes are part of an ongoing review process that aims to ensure the awards accurately reflect the state of a sector that is constantly evolving. “It is an ongoing journey and people are at very different points,” Noa says. “But one thing we don’t want to see is the same projects winning at our 60th birthday as we did at our 30th.”

For more information on the Lord Mayor’s Dragon Awards, or to find out how to enter, go online to dragonawards.org.uk