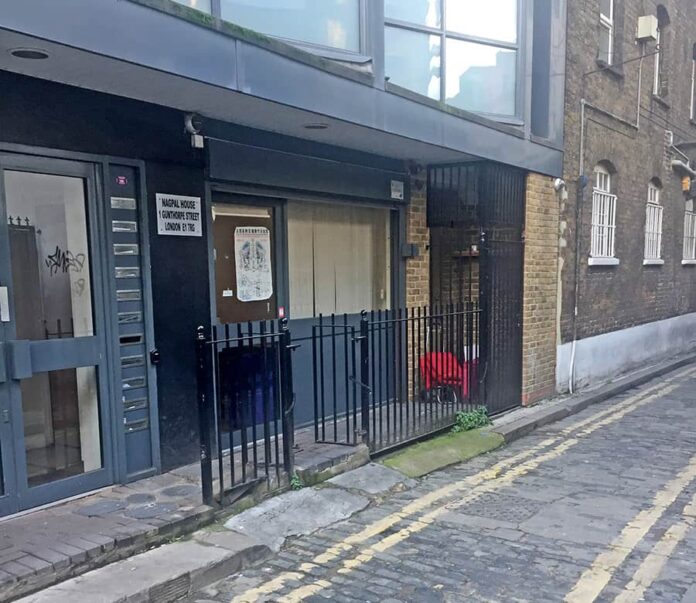 Another massage parlour near Aldgate East station has been shut down over claims that sexual services were being offered on the premises.

Relax Studio is the second business in the area to receive its marching orders in as many weeks after the City Corporation evicted Red Peony from its premises underneath the Middlesex Street Estate over claims it breached the terms of the lease by offering massage services.

Relax Studio had applied for a special treatment licence, which all businesses need to be able to perform services like manicures, acupuncture, cosmetic piercing, light and electric treatments, and massages.

But Tower Hamlets’ environmental health licensing and safety team objected to the application on the grounds that the business had already been offering “improperly conducted” services.

“Test purchases carried out by council teams found that services of a sexual nature were being offered in return for money,” the spokesperson said.

“Further evidence also showed that the premises was advertising services for which it was not licensed. The committee voted to refuse the application.”

And the crackdown could well continue with the spokesperson confirming active investigations into several businesses, and “a number of cases” referred to the council’s legal team for formal consideration.

“We are committed to ensuring that Tower Hamlets remains a safe and welcoming community in which to live and work,” the spokesperson said.

Portsoken councillor Jason Pritchard, who was one of the initiators of the petition, said he was pleased both local authorities had acted “fairly swiftly”.

“As a councillor and father with two young children I am concerned about the number of massage shops that are popping up near where we live, and concerned that our area could become a red light district on the edge of the City,” he said.

“This demonstrates that when residents come together on local issues we can get a result.”