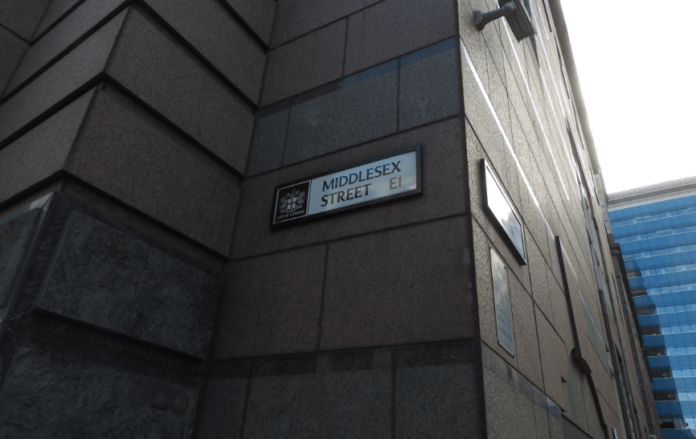 A Middlesex Street massage parlour investigated over claims it was offering sexual services has been shut down after the City Corporation won a claim to forfeit its lease last week.

Red Peony Ltd, which occupied a shop directly underneath the Middlesex Street Estate, was among six massage parlours inspected by Corporation officers earlier this year following a local petition demanding tougher regulations to stop the area from turning into “a red light district”.

The Mayor’s and City of London Court made an order for possession of the property at 77 Middlesex Street last Thursday in a hearing that lasted less than five minutes. Representatives for Red Peony Ltd did not appear, although Companies House has Chinese national Xiaoqin Song listed as director.

A spokesperson for Red Peony denied the closure was linked to the investigations.

“That might be true for other businesses in the area, but in our case the building did not have the license to carry out treatments so we had to close.”

A spokesperson for the City Corporation said: “Red Peony breached the terms of its commercial lease by providing massages on the premises.

“Providing any kind of massage services on the premises by the tenant was outside the scope of the uses permitted under the terms of the lease.”

Online forum ukpunting.com highlights two establishments at Nos. 66 and 77 Middlesex Street as offering “extra” services of a sexual nature in posts as recent as December 2016.

City licensing officers conducted widespread inspections of businesses operating in the area, and although a report published in August revealed no contraventions of the law, further investigations into Red Peony’s trading practices revealed a breach of license.

The petition was initiated by Portsoken common councillors Jason Pritchard and Munsur Ali, who said there were growing concerns over the proliferation of the massage parlour trade in and around Middlesex Street, which forms part of the City’s boundary with Tower Hamlets.

Tower Hamlets also ramped up investigations, with a spokesperson confirming several cases had been referred for formal consideration for legal proceedings.

The owners of Relax Studio on Gunthorpe Street will plead their case before Tower Hamlets’ licensing committee this Thursday, despite multiple objections from officers whose investigations revealed “services of a sexual nature were being offered at the premises in return for money.”

Mr Pritchard said he was pleased the City had acted “fairly swiftly” on the back of the petition.

“This demonstrates that when residents come together on local issues we can get a result.”