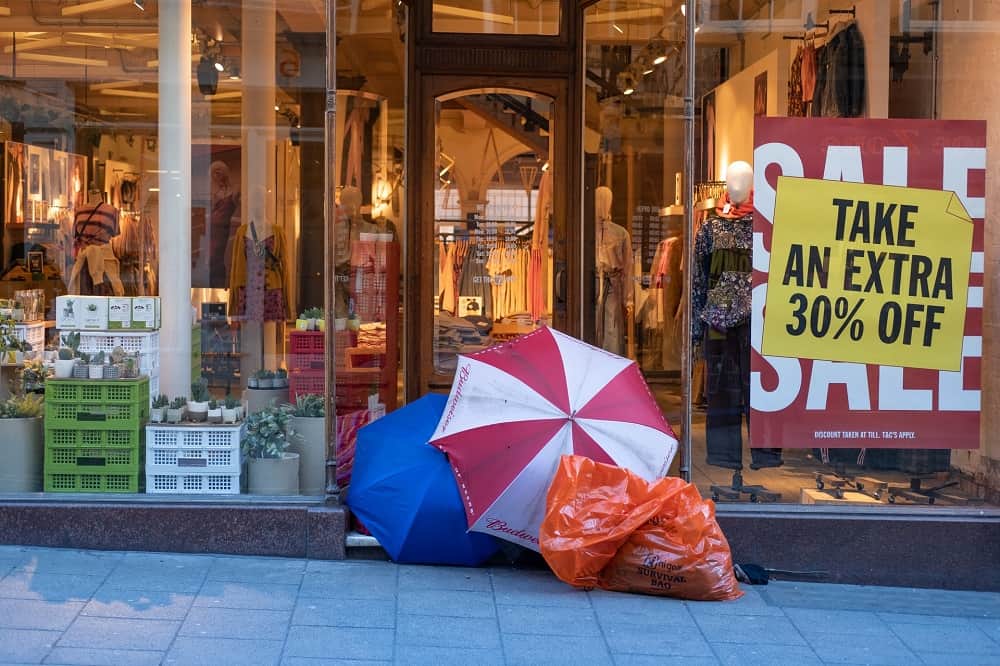 Temporary emergency measures are being introduced to protect London’s homeless as temperatures are expected to drop below freezing overnight.

Due to the Covid-19 pandemic, only self-contained accommodation such as hotel rooms will be offered, although shared sleeping spaces may be considered as a last resort.

Mr Khan said: “Homelessness is an emergency whatever the weather – but the pandemic has compounded the risks faced by the most vulnerable Londoners. Local authorities, charities and others supporting homeless people have been working tirelessly throughout this crisis and will continue to do so as temperatures fall.

“But it is a simple fact that Covid-secure accommodation costs more than traditional shelter space, so the Government must supply appropriate funding as a matter of urgency to ensure nobody is left on the streets during freezing conditions.”

Shaun Bailey, who is standing against Mr Khan as the Conservative candidate in the upcoming mayoral election, has called for more to be done to tackle underlying causes of homelessness such as issues with mental health.

The proposed mental health team would be funded by part of the existing £7 million City Hall budget for Rapid Response Teams that were introduced by Sadiq Khan last year to provide outreach to homeless people in 23 London boroughs.

Mr Bailey said: “Twenty-seven per cent of the UK’s homeless are right here in London; and during the 1990s, I was one of them. So I know what being homeless does to mental health. That’s why I’ll introduce Mobile Mental Health Intervention Teams.

“The pandemic has been hard on everyone. But for all the talk of a new normal, very little has changed for rough sleepers. It’s time to give rough sleepers a fresh start.”

Kelly Tolhurst, Parliamentary Under-Secretary of State for Rough Sleeping and Housing, said: “Ending rough sleeping is central to the mission of this Conservative Government, with over £700 million invested in helping some of the most vulnerable people in our society in the past year alone.

“Shaun Bailey shares this commitment and I know that as Mayor he would step in where Sadiq Khan has failed and address the link between mental health and homelessness that is so apparent in London.”

The emergency protocols activated today are only expected to be in place until Boxing Day.

The Mayor also announced that over £13,500 has been raised since last week for the Winter Rough Sleeping campaign, which will support four charities in the capital working with young homeless Londoners.