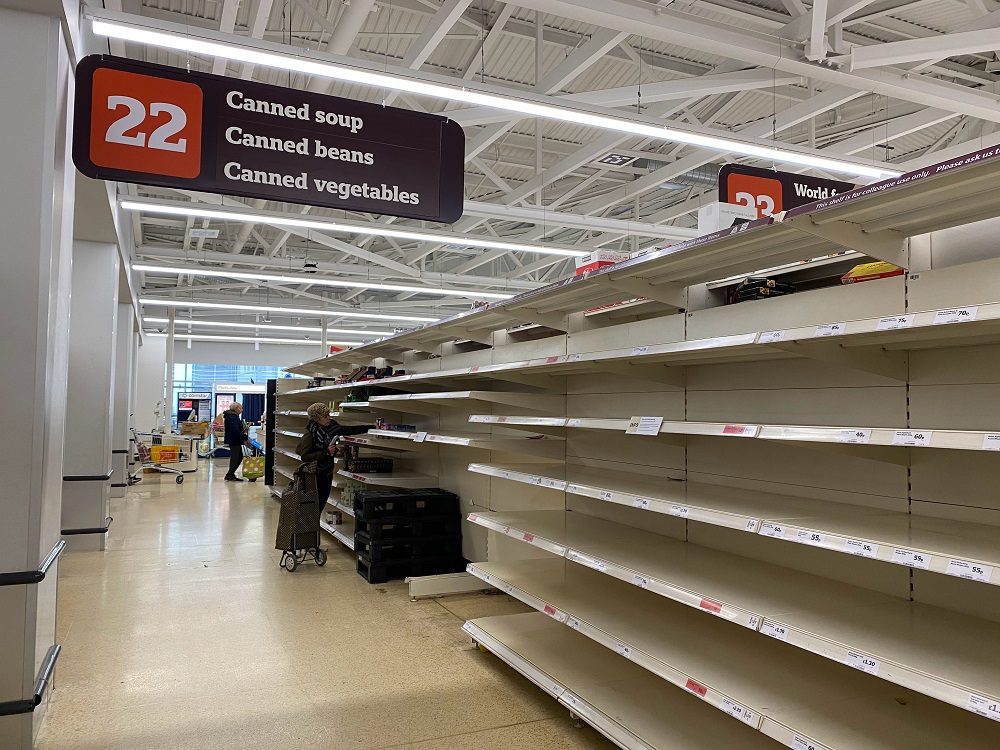 Sadiq Khan has called on the Government to introduce emergency COVID recovery visas to solve labour shortages in London.

Khan said a combination of factors including post-Brexit immigration rules, the COVID-19 pandemic and an ageing workforce has put “a huge strain” on certain industries.

A shortage of qualified HGV drivers has led to empty supermarket shelves in recent weeks while nightlife businesses and the hospitality sector have also warned of disruption to services due to staff shortages.

Speaking at a Bloomberg event, the Mayor of London called on the Government to introduce new time limited “COVID Recovery Visas” to “help attract international workers into key roles to support our economic recovery”.

But Khan has also called for more devolved powers for London over immigration owing to the capital’s “unique needs when it comes to attracting workers from around the world”.

He said: “Many sectors that are important to our economic recovery, from hospitality to haulage, construction to culture, are now under huge strain due the lack of EU workers and the Government’s immigration rules. We know there are countless struggling businesses across London that are working hard to get back on their feet but are now simply unable to hire the staff they need.

“Given the urgency and the scale of the challenge, I’m calling on the Government to change its immigration system so that it meets our economic needs and helps our businesses.

“This must include introducing ‘COVID Recovery Visas’ to help attract international workers into key roles to support our economic recovery. London has unique needs when it comes to attracting workers from around the world – and so a more tailored, dynamic approach is urgently required.”

Khan added a “flexible” migration system “will always be crucial to London’s competitiveness and our ongoing success”.

Figures from the Office for National Statistics show job vacancies reached a record high in the last quarter but many businesses are reporting that they are unable to fill those vacancies.

According to the latest ONS figures, the number of job vacancies in London was around 21 per cent higher in July 2021 than in July the previous year. It has risen to 43 per cent for vacancies in the construction industry and 60 per cent in hospitality.

Despite this, London still has the highest rate of unemployment in the UK at six percent.

It is one of only three regions including Scotland and the South East of England to have fewer payrolled employees than before the start of the COVID-19 pandemic.

City organisations can bid for grants from £5m Neighbourhood Fund