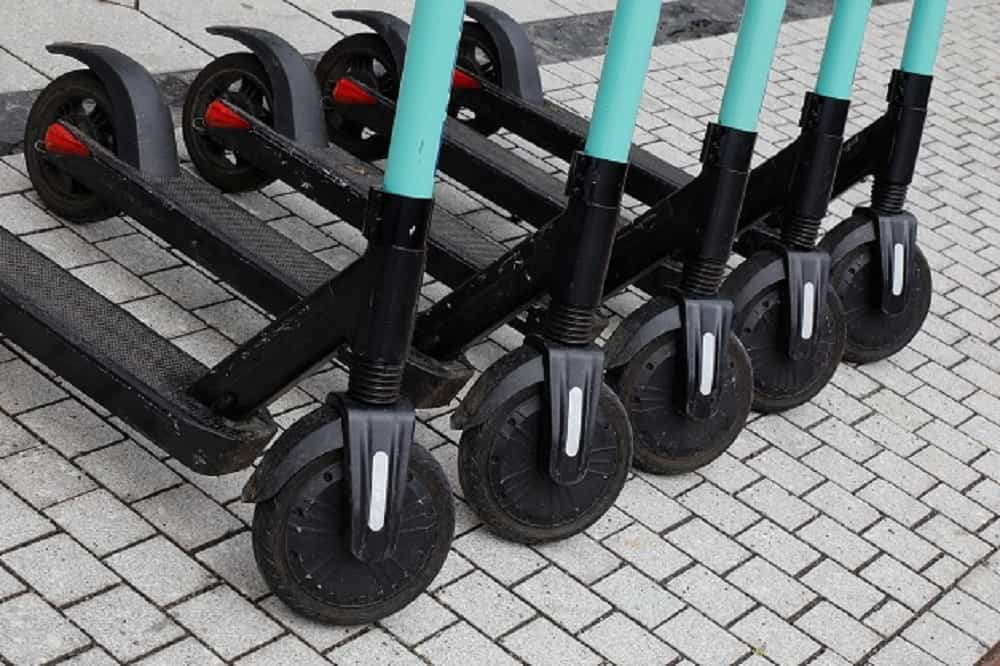 Transport bosses are warning e-scooter riders they cannot use them on London’s trains or at stations.

Trials of the e-scooters are under way in Kensington and Chelsea, Hammersmith and Fulham, Richmond and Ealing to test them out on the capital’s roads.

The City of London will join the 12-month trial on July 5.

But as it takes off, posters have just gone up reminding people that it is a criminal offence to ride e-scooters on the Tube, trains and in stations and that they must also fold them up before going into a station and onto a train.

Safety campaigners have gone further saying they should not be taken on public transport at all.

Sarah Gayton, street access campaigns co-ordinator for the National Federation of the Blind UK said: “TfL should ban them completely. They should not be carried on the transport.”

She added: “There is concern about riders riding on station concourses, riding down the platform and the risk of riding straight onto the tracks or people getting knocked over.”

She is calling for the brakes to be put on trials throughout the UK after several serious accidents including the death of a 20-year-old rider in Wolverhampton this month.

NOW READ: 4G to be rolled out on Tube network

Kensington and Chelsea councillor Pat Mason said some people thought the use of e-scooters was already legalised everywhere.

He said there were concerns about people using them where they are banned.

The London trial is limited to e-scooters that are specially available to hire at docking stations in participating boroughs.

The top speed is 15.5mph and riders are not allowed to go on pavements. The trial is also part of London’s bid to make transport greener.

TfL’s chief customer officer, Mark Evers, said the posters – put up across the transport system to coincide with the launch of the trial  – will remind people the use of e-scooters is “prohibited on station premises and that they must be turned off and folded. If an e-scooter does not fold it cannot be taken on TFL services”.

He added: “The use of privately owned e-scooters remains illegal except for on private land, and private or rental e-scooters are not permitted for use on the Tube or rail network.”

E-scooters are currently not allowed on any of the other London boroughs.

Philip Glanville who chairs London Councils transport and environment committee, said: “It will be important to see how this new service impacts London’s existing transport network and carbon emissions and how inclusive it is of the travel needs of all Londoners – especially those on lower incomes.

“Running the trial safely for all road users is vital. Boroughs will work with TfL, London Councils and operators to uphold the highest safety standards and take into account London’s most vulnerable residents, such as people with visual impairments.”