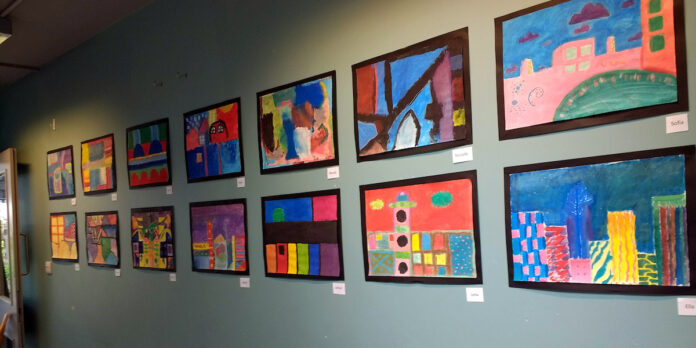 We got to glimpse an exciting future for our neighbourhood recently. It came during a Culture Mile update meeting for local residents.

The meeting started with a confession from the Culture Mile team leaders that not even those at the front-end of this grand project know exactly how it will turn out, never mind what’s in it for residents.

‘Work in progress’ was the abiding message, and it looked as if the meeting might then nosedive into a mass moan about recent irritants, such as the invasion of electric scooter users.

It did, eventually, but not before Culture Mile manager Tim Jones, an expert in harnessing creativity to help reshape communities, stepped up to rally the cause of some of the smaller Culture Mile innovations that will run alongside the big flashy ones, such as the arrival of Sir Simon Rattle and the construction of the new Centre for Music at the Barbican.

To make way for Mr Rattle, the Museum of London will move to Smithfield and great waves of tourists will hurry into the area.

But something else will happen, too, Mr Jones tells us: residents will likewise get the urge to take part and define Culture Mile as the work of the people.

The best part of Mr Jones’ pitch came when he briefly outlined examples of other successful projects from around the country driven by local residents. One was the defunct Mitchells bakery in the Anfield district of Liverpool, a century-old family business that was shut down but has now been resurrected by local residents as a community co-operative bakery and cafe, aptly named Homebaked.

It is a social miracle that not only feeds the locals but hints at a golden future for the ever-growing micro-community transformation of Liverpool neighbourhoods.

The success of Homebaked has often attracted the headline ‘The Power of the Pie’ and a deal with UEFA Champions League winners Liverpool puts Homebaked’s ‘Shankly Pies’ (named after the legendary Liverpool manager) in the mouths of executive and civilian footie fans alike on match days. Expect ‘Klopp Cakes’ on the menu soon.

Homebaked is close to my heart because I grew up on those Anfield streets, and stuffing your face with what was then a Mitchell’s Pie was an illicit after-school delight. This is the kind of community engagement Tim Jones wants Culture Mile to deliver; a giant leap forward that not only pulls in world superstars but also grooms the talent of local people in shaping the future of their City.

If you share his ambition and want to get involved, send an email to Iona McTaggart ([email protected]).

The Culture Mile presentation was fleeting but nevertheless enticing, a brief moment to savour the idea of a bigger role for residents.

Another chance came this month when one Crescent House resident, Sarah O’Connor, responded to the estate-wide blanket ban on pot plants left outside front doors and on landings.

Reasons cited by estate management for the ban include the need to exit buildings in the event of an emergency, the need to allow maintenance and repair work to progress easily, and the need for cleaners to have free movement to do their jobs. None of this sounds unreasonable, but the strict ban, and the removal of delinquent plants, is seen as a heavy-handed way of doing it.

The failure to carefully explain the policy has nurtured bad feeling from residents so Sarah, herself affected by the policy, held a five-hour drop-in at the community centre at which she listened patiently to residents’ experiences and their ideas for ways to relieve what is fast turning into a running sore. Tell Sarah what you think in strict confidence at [email protected].

She will compile the findings, arrange further meetings, and then present proposals to the City Corporation.

Finally, residents gave thanks twice this month. The first went to the year six art students from Prior Weston School, who grasped the spirit of Tim Jones’s vision of Culture Mile and brought their magnificent paintings inspired by the surrealist Paul Klee to a special exhibition in the Sir Ralph Perring Centre.

The second thank you goes to carers’ support worker Rose Bernstein, who departed for a new job and fresh horizons. Helping people is hard work, but Rose always made it look easy. The estate will miss her.

Billy Mann lives in Basterfield House on the Golden Lane Estate. He is a teaching assistant, City of London Community Builder, and blogger. Write to him at [email protected]