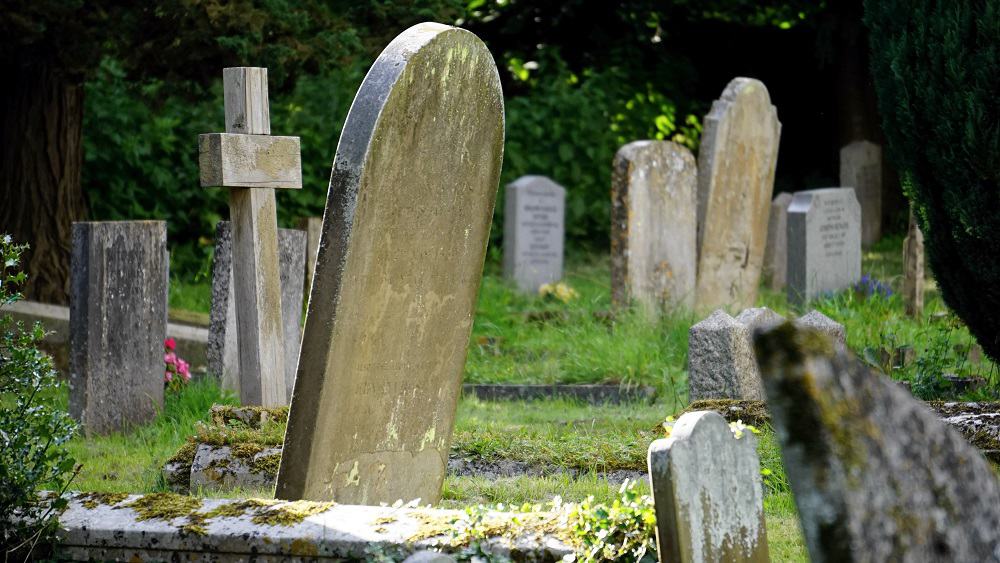 A historic family tomb near the resting place of Robinson Crusoe author Daniel Defoe could be rebuilt.

An application to restore the Grade-II listed burial chamber of the Pottenger family at Bunhill Fields is being considered by Islington Council’s planning team.

The sunken tomb is among 2,300 memorials to the 123,000 Londoners who were buried there between the 17th and 19th centuries.

They include John Bunyan, the author of the Pilgrim’s Progress, and artist and poet William Blake.

There are plans to rebuild the walls of the Pottenger family’s tomb and replace the slab over the vault, along with conservation repairs to remove pollution.

According to English Heritage, it is a well preserved 18th-century chest tomb and its inscriptions “Richard Pottenger’s Vault 1761” and “The Within Are Gone to Rest” can still be read.

It was also thought worthy of listing in 2011 as “its unique sunken aspect vividly evokes the long history of burials on the site”.

The tomb is three feet below current ground level – thought to be the original depth of the graveyard, which has Grade I-listed status.

The graveyard is maintained by the City of London Corporation and has become a popular lunchtime spot for office workers.

It was opened in 1665 as the last resting place for residents including plague victims, who could not be buried in traditional graveyards. It became popular with Nonconformist families and closed to new burials in 1853.

Bunhill Fields reopened as a park in 1867 and was re-landscaped in 1964-65 to repair wartime damage. It is now a haven for wildlife.