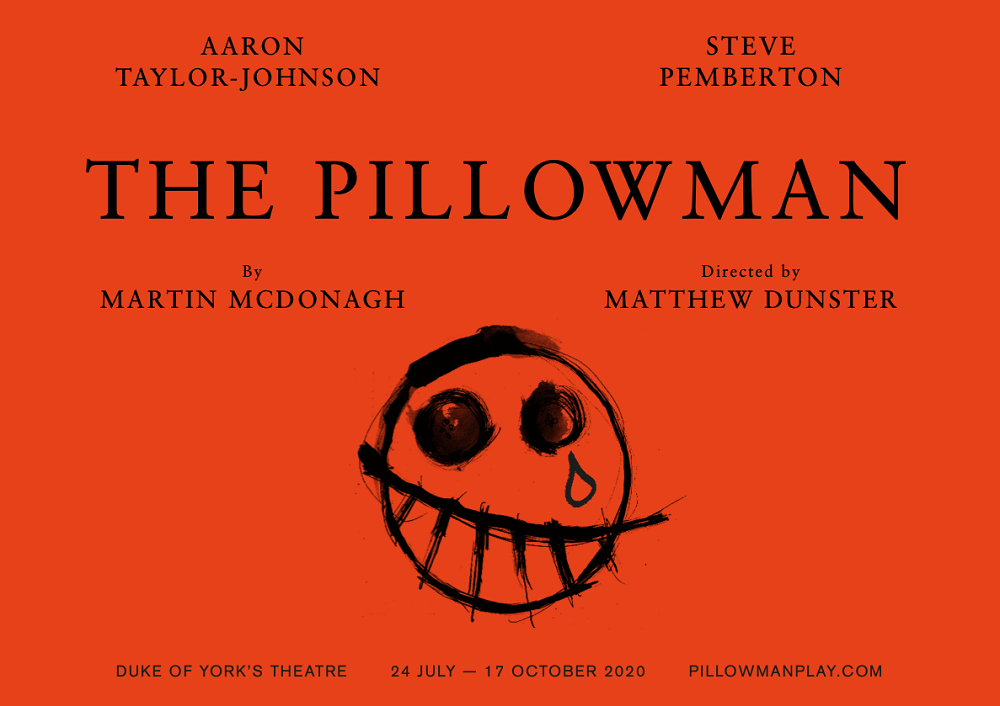 The Pillowman, written by the multi Olivier, BAFTA and Academy Award-winning playwright and screen-writer Martin McDonagh, which was due to make it West End premiere this summer, is to be delayed.

The Pillowman was due to begin performances at the Duke of York’s Theatre on 24 July, for a 12-week season.

Due to the current global situation, the production is now postponed and new season details and all further information will be announced at a later date.

McDonagh and director Matthew Dunster said: “Whilst we are naturally disappointed that The Pillowman can’t go ahead this Summer, we are fully committed to realising this new production in the near future.

“We have an extraordinary cast and creative team and can’t wait to bring this new vision of the play to audiences.”

Taylor-Johnson said: “I’m excited to hold the promise of a return to theatre, a place of magic, creativity and unity.”

Pemberton said: “It’s been a dark time for the performing arts and I can’t wait to have the theatres open again.  Unfortunately The Pillowman has to be put to bed for now, but I very much hope that we’ll be able to bring Martin’s dazzling play to the West End before too long.”

James Bierman, the producer of The Pillowman, said: “Postponing The Pillowman until 2021 due to Covid -19 related issues is, sadly, the right thing to do.

“Since we announced the show, we have been blown away by the public response and all of us are really looking forward to being able to finally deliver the great play to audiences next year.”