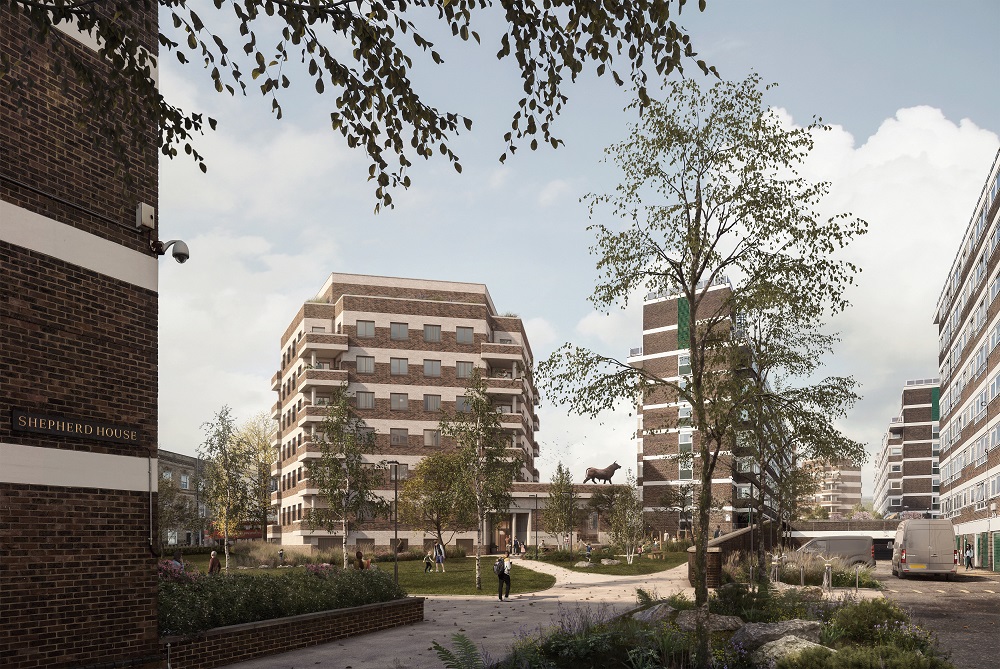 A new garden area will be created from a car park as part of a scheme to increase the number of homes at an Islington estate.

A plan for 91 flats at the York Way block got the green light from the borough’s planning committee but they wanted to know why the City of London Corporation, which owns the estate, was replacing a games area with a space for younger children.

The City said there were other sports courts nearby so decided to put in a space for under-fives instead as part of its plans.

The scheme also sees the demolition of the community centre and the erection of four new six- and seven-storey blocks of flats – with 17 studio flats, 25 one-bedroom, 21 two-bedroom, 25 three-bedroom and three four-bedroom homes.

Islington Council will get nomination rights for 45 units and other homes will be earmarked for children of current residents as part of the Corporation’s sons and daughters scheme, designed to provide homes for the next generation.

There were 36 objections, with concerns including a loss of daylight and overdevelopment of the site, which already has 275 homes.

There were also concerns about the height and massing of one of the blocks, but the council’s officers thought it would not harm the Grade II-listed former Lion pub on nearby North Road.

Cllr Paul Covery wanted to know why the games area was being replaced and said he would like the developers to consider space for sports like basketball.

“It takes up very little room and is taught in our schools,” he said.