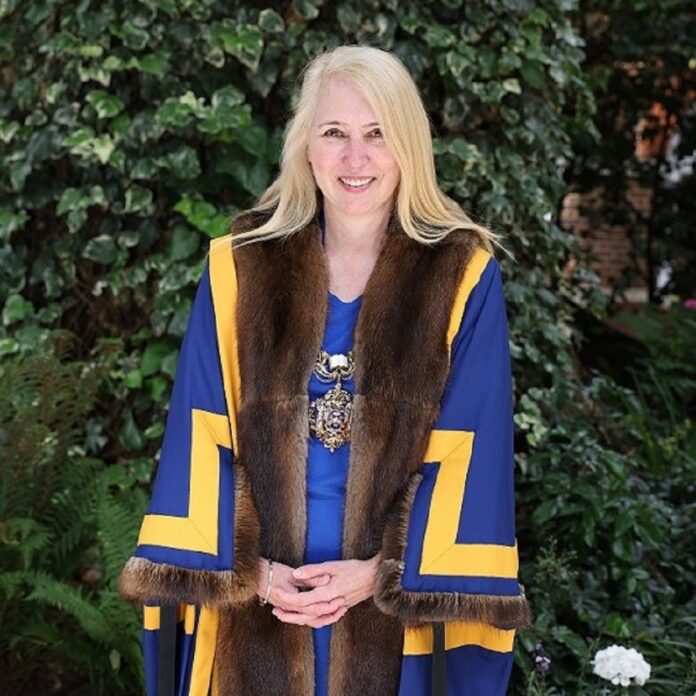 Moira Sleight has been elected Master of the Worshipful Company of Stationers and Newspaper Makers.

The Worshipful Company of Stationers and Newspaper Makers, most commonly known as the Stationers’ Company, is one of the livery companies of the City of London formed in 1403.

Members past and present of the Company work in the print, broadcasting and online media industries.

Moira said: “I’m the second woman Master to be elected since the Company began in 1403 and there will be more. It’s an opportunity to show people that we are a diverse and inclusive Company that’s relevant to the 21st century, not an exclusive men’s dining club.”

Championing diversity and inclusivity within the Company will be a key priority for Moira during her time as Master and she is keenly aware that this does not happen by accident.

“We need to be intentional about it. We have a sub-group of the membership committee working on a diversity policy and are implementing all sorts of initiatives,” she says.

Moira was the first woman to be appointed as Editor of the Methodist Recorder, a weekly, national newspaper founded in 1861, and is still currently its Editor and Publisher. She is a board member of the London Press Club and the Society of Editors.

Moira will lead the Company just at the time when Stationers’ Hall, which has been closed for the installation of a lift and major refurbishment work, reopens. She is keen to welcome back members, their guests and commercial clients who, because of the building work and COVID-19, have been away from the Hall for nearly two years and to re-establish it as the Company’s hub.

Another key focus will be on the Company’s aim of helping to produce the next generation of young people in the communication and content industries through the Company’s support of Stationers’ Crown Woods Academy in Greenwich, its Apprentice Futures and bursary programmes, the Shine School Media Awards and, at the youngest level, through the Saturday Schools which the Company supports.

Moira said: “At every level, at every stage of life, I would like the Stationers’ Company to be there, being helpful, supporting the communication and content industries and those involved in them or hoping to be, and fundraising to continue that work will be a priority.”