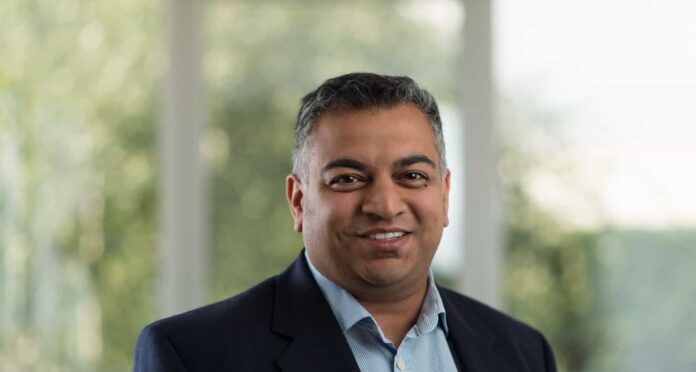 The City of London’s newest common councillor says he’s excited to don the robes and get stuck into a bit of Square Mile “pomp and circumstance”, while bringing a fresh approach to its famed traditions.

Shravan Joshi was elected to represent the Bishopsgate Ward in the Common Council by-election on 20 March, fending off stiff competition from former councillor Patrick Streeter to claim victory by just 15 votes.

Thank you to the voters of Bishopsgate for putting their trust in me. Very proud to join the fantastic team that represents this great Ward at the Court of Common Council. #bishopsgate #CityofLondon

The Moorgate-based energy consultant and liveryman of the Fuellers and Blacksmiths companies admits that while the City can seem quite “insular” to those outside its inner sanctum, the pomp still has its place.

“It is the oldest seat of government in existence and I think people actually love the ceremony of it all – just look at the tourists it attracts – but it also adds a seriousness to it that shows our responsibilities reach well beyond local authority status.”

“We’ve seen what the press have to say about the City, that it can seem quite insular, but one of the ways we can combat that is by ensuring the Common Council is representative of a diverse range of people.”

For Bishopsgate, a ward made up of mostly business voters, this has meant campaigning strongly on crime, air quality and rough sleepers but it wasn’t enough to generate much of a turnout on the day, with just 17.9% of voters casting a ballot.

Mr Joshi, who lives in Wimbledon with his wife and two children said he was “a bit shocked” by the low turnout, but puts it down to a combination of Tuesday’s freezing temperatures (“it’s hard getting workers to come down from those towers”) and voter apathy less than three months after the last by-election in the ward, won by Mr Murphy.

Nevertheless he insists voters are engaged and keen to see progress, particularly on tackling homelessness in the ward, which he plans to address through information campaigns about rough sleeper reporting app Street Link.

“Most people aren’t even aware of the work the City does with St Mungos and with the Street Link app,” he says.

During this cold snap don’t forget about referring people to StreetLink… https://t.co/CdN0imTe2n

“People want to help, but they’re not sure how or feel a bit intimidated to approach a homeless person on the street, so if we can spread the word about these tools more effectively I think it will make a huge difference.”

Crime rates and the impact of Crossrail on Liverpool Street station commuters have also dominated the local agenda but Mr Joshi, who has worked internationally in the energy sector for the last 15 years is also keeping common council’s external role top of mind.

“Going back to that point of diversity, it’s important to ensure the interests of local groups are looked after and sensitively managed but from an extravertive point of view, that diversity is going to be vital in reaching out to new markets as we go through Brexit.”

“As someone with an ethnic background, who has worked all over the world, I think that broader perspective is going to be important.”