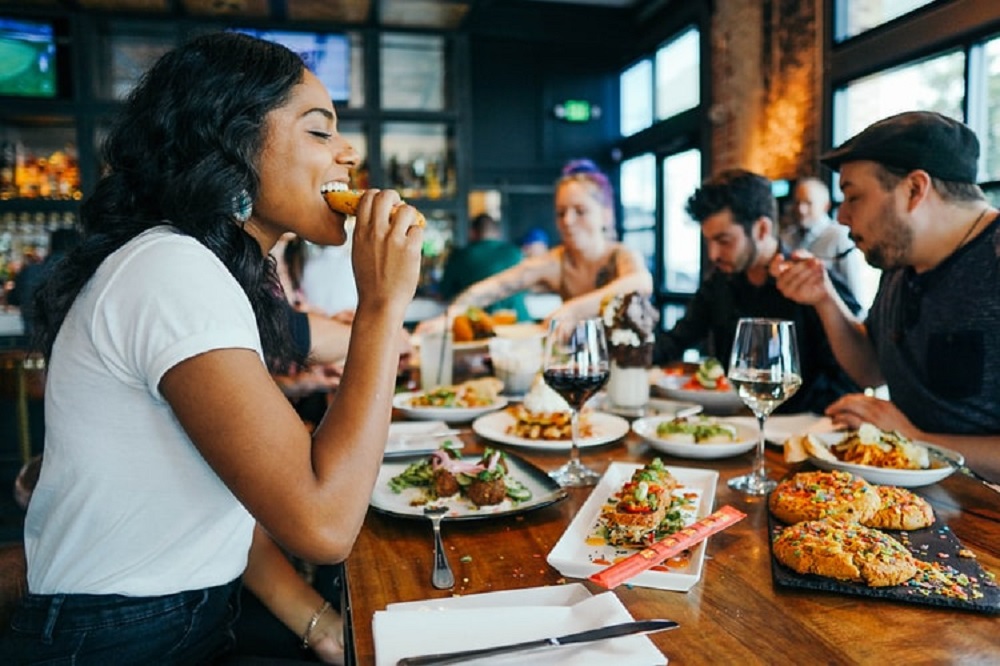 Sadiq Khan has launched the ‘London Eats’ campaign as indoor hospitality venues welcome back customers for the first time since January.

Part of the wider £6 million ‘Let’s Do London’ campaign aimed at attracting visitors back to the capital, London Eats will focus on highlighting the food and drink offerings in the city.

The Mayor of London kicked off the campaign in Chinatown where he was joined by renowned chefs Angela Hartnett and Monica Galetti.

Mr Khan said: “I’m proud to be launching London Eats as part of my Let’s Do London campaign – the biggest domestic tourism campaign the capital has ever seen.

“The hospitality sector has been one of the hardest hit by the impact of the pandemic with too many jobs lost and under threat. As the Government continues with this roadmap and more businesses are able to open up, we are joining with famous chefs, foodies and hospitality venues to celebrate our city’s world-renowned industry.

“Together we will be sharing our favourite places to eat and drink in London and highlighting the huge range of exciting events and openings that will be taking place this summer.

NOW READ: £6m campaign to bring visitors back to London

“There is no doubt that our capital has the greatest food and drink offer in the world, and I’m proud to be getting the message out to Londoners and people across the country that the capital is ready and waiting to welcome you safely once again.”

Famous Londoners such as Harry Redknapp and Drag Race UK star Bimini Bon Boulash will soon be heard making tannoy announcements on the Tube as they share their favourite food and drink spots in the capital.

More information about the London Eats campaign, including details of upcoming events, can be found on the Visit London website.

Sadiq Khan has reminded Londoners to “enjoy yourself, but do it safely” as concerns grow over the Indian variant of Covid-19, after cases were discovered in the borough of Hackney.

The Mayor of London called for the Government to offer vaccinations to young people in areas where the new variant has been discovered and has encouraged Londoners to get regular Covid-19 tests.