A man charged with making counterfeit treatment kits for coronavirus, and sending them across the world, has appeared in court.

A man charged with making counterfeit treatment kits for Coronavirus, and sending them across the world, has appeared in court.

On 20 March 2020, officers from the City of London Police’s Intellectual Property Crime Unit (PIPCU) arrested Frank Ludlow, 59, of West Sussex, in a post office near to his home address.

He was charged on 21 March 2020 with one count of fraud by false representation, one count of possession of articles for use in fraud, and one count of unlawfully manufacturing a medicinal product. On the same day he appeared at Brighton Magistrates Court and was remanded in custody until April 2020.

The case originated when the US Customs and Border Protection Agency in Los Angeles intercepted a package on the 18 March, containing 60 separate COVID-19 treatment kits labelled as ‘Anti-Pathogenic treatment’, which were sent from the UK.

The US FDA determined the product to be an unapproved drug based on the labelling and directions for use and alerted the MHRA in the UK.

The case was passed to PIPCU and less than four hours later Ludlow was arrested by police officers in a post office attempting to send 60 more fake treatment kits to France, the US, and other parts of the UK.

The kits are thought to contain potassium thiocyanate and hydrogen peroxide, both of which are extremely harmful chemicals when the user is instructed to wash and rinse their mouth with them. Police are awaiting the results of forensic testing on the kits to determine exactly how dangerous they are.

During a search of Ludlow’s home, 300 more treatment kits and an estimated 20 litres of chemicals used in the production of the fake kits, were discovered. 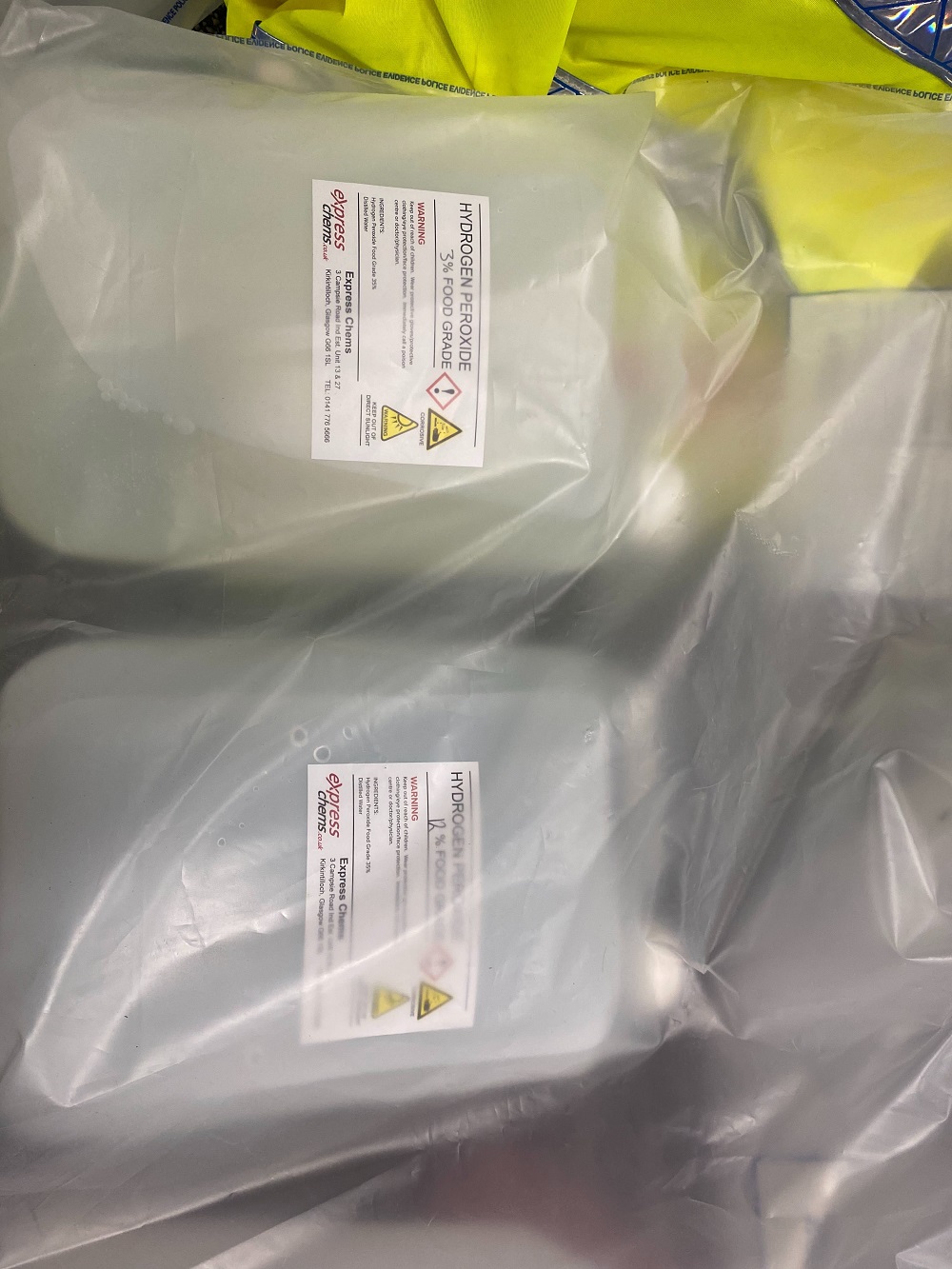 Detective Chief Superintendent Clinton Blackburn, from the City of London of Police, said: “Fraudsters are constantly looking for ways in which they can exploit people, including using global emergencies, and times of uncertainty for many, to defraud people out of their money.

“While police have taken swift action to arrest this individual, we believe some of these kits may still be in circulation. If you have purchased one of these kits, it’s important you do not use it.

“Instead, report it to Action Fraud via their website www.actionfraud.police.uk or by calling 0300 123 2040 and quoting ‘Trinity CV19 treatment kits’.”

Tariq Sarwar, head of operations for enforcement at the Medicines and Healthcare products Regulatory Agency, said: “We are committed to working together with national and international partners to protect public health and prevent unsafe medicines and medical devices getting to the public.

“This joint cooperation and intervention with the City of London Police and the FDA resulted in products claiming to be COVID-19 treatment kits being taken out of circulation, that otherwise could have endangered patients’ health.

“We are encouraging people with health concerns to seek advice from a registered healthcare professional and only purchase medicines they need from an authorised seller. You should ensure you are buying your medicines and medical devices from a registered pharmacy or website only.

“When buying online, beware of illegitimate websites, suspicious URLs and remember that claims like ‘100% safe, no side effects’ or ‘quick results’, are often warning signs. Cut prices and speedy deliveries can expose you to fake medicines, identity theft and fraud.”

Steve Francis, director of the US National Intellectual Property Rights Co-ordination Centre, said: “We commend our City of London Police partners for their swift response during this global crisis.

“Homeland Security Investigations remains committed to our international partners in maintaining public safety, and holding persons attempting to profit in these uncertain times, accountable for their criminal and dangerous acts.”