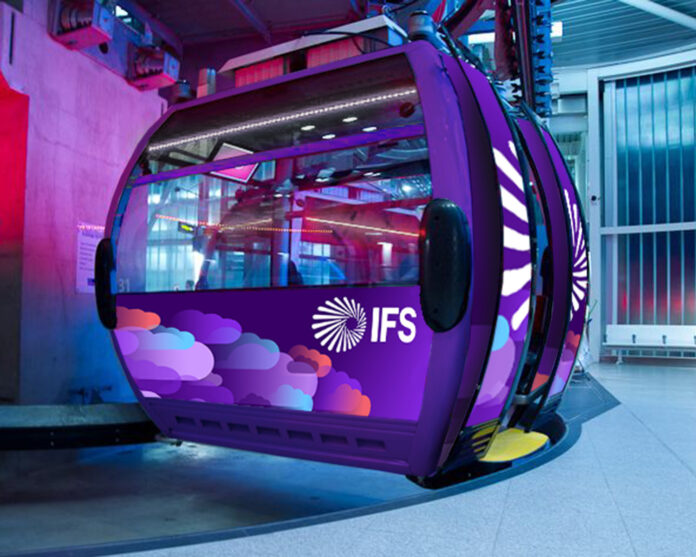 London’s cable car is to be rebranded following a new sponsorship agreement with a technology company, TfL has announced.

The cable car, which connects North Greenwich to the Royal Docks, has been without a permanent sponsor since the end of June when the previous deal with airline Emirates expired.

From October, the cable car will be rebranded as the IFS Cloud Cable Car for a minimum of two years following an agreement with the technology firm IFS.

The cable car opened in 2012 ahead of the London 2012 Olympic and Paralympic Games, with Emirates signing a 10 year sponsorship deal worth £36 million.

Josh Crompton, TfL’s Head of the London Cable Car, said: “Over the last ten years, we have seen the London Cable Car attract tens of millions of visitors and secure its place as a must-visit UK attraction. The partnership with IFS is an exciting opportunity to continue to build on the success of the most unique part of London’s skyline.”

NOW READ: ‘Iconic’ Angel Square building could be torn down despite vocal criticism

City Hall had initially predicted that the cable car would carry around “2m passengers per year” in 2011 before launching, but figures from TfL show that around 1.5 million passengers used the cable car in the year leading up to July 2022.

Tickets for a journey on the cable car, which takes around 10 minutes, start at £5 for a one-way journey or £10 for a return trip. Cyclists can make the journey for free before 9:30 between Monday and Friday.

He said it was “fantastic” to have the company’s brand “intrinsically linked with a visible part of the London transport system”.

As part of the sponsorship deal, IFS will complete a rebrand of the entire cable car including the two stations on the Greenwich Peninsula and the Royal Docks and will appear on Tube maps. The rebrand is set to be complete by October.