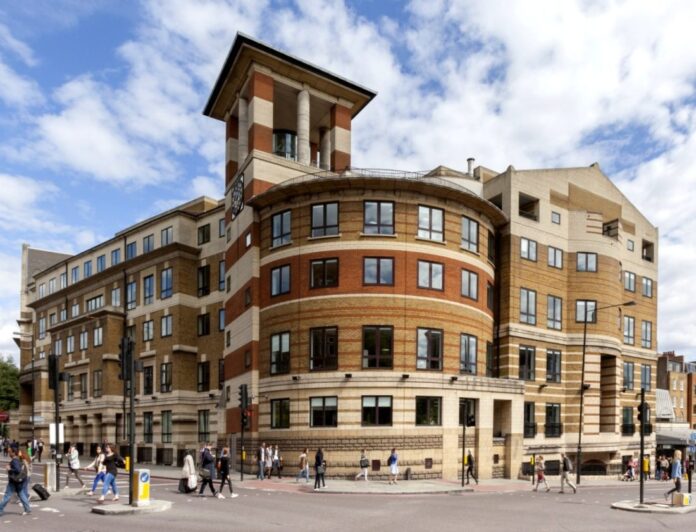 An iconic office block at “one of the most prominent development sites” near Angel underground station could be knocked down despite critics claiming a replacement building is “dull”.

Real estate company Tishman Speyer wants to knock down part of the 1991 part four, five and six-storey office building complete with bell tower designed by Rock Townsend at Angel Square and replace it with new office and shopping space and a replacement pub space.

It paid £86.5m for the development in 2021 and its European head, Bernard Penaud, said it planned a “significant refurbishment” as part of its strategy to create “premium quality” offices.

The site includes part of the public entrance to Angel underground station, which will not be affected.

Islington council’s planning officer said the current building is “visually distinctive, if contextually incongruous” and has a “somewhat hostile” interaction with the public areas at street level.

The Angel Association said: “The proposal is dull and not designed to enhance this important site.”

It said the site at the junction of Torrens Street and Islington High Street is “one of the most prominent development sites in Islington” and signals an entrance to the busy Angel and City Road.

The amenity group said the key site “deserves a building of strong character and appropriate scale to reflect this significant context.”

The pub will remain and there will be a cafe which customers can reach through the main entrance.

The Angel Association said it feared “what should be a long length of busy, animated, high street simply becomes largely a dead frontage” as shops “never materialised” at street level at the nearby RBS building.

Architects Allford Hall Monaghan Morris (AHMM) said the new building will create a new entrance at street level with a cafe or shop and is “designed to be a visible and desirable space, offering an active and engaged street presence, as opposed to the existing condition where as light-well and steep steps disconnect the building from its surrounding public realm.”

It also said “the proposed design seeks to significantly improve
the relationship of the building to the public realm, providing wider pavements, active ground floor elevations and a high-quality, desirable use of internal space to enliven and enrich the gateway to Angel.”

The council report said the scheme “would positively contribute to the commercial character of Angel and support the strategic priority of the Central Activities Zone to maximise delivery of office floorspace where appropriate.”

The report by the planning department recommends approving the plan.