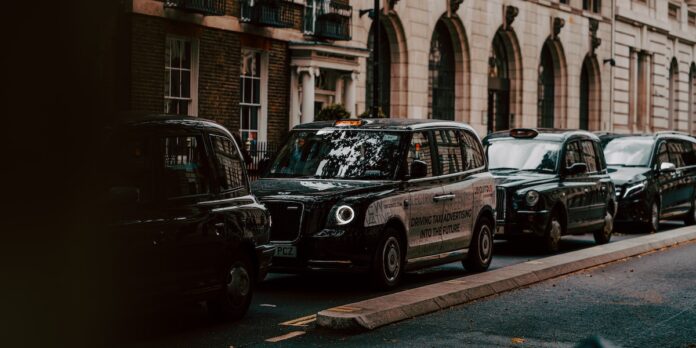 A pan-London clampdown on drivers who leave their engines on when parked has been launched. The scheme, led by the City of London Corporation and Camden Council, sees 32 London authorities joining forces in a bid to cut dangerous vehicle emissions.

The first anti-idling action day under the new scheme took place this week in the City of London, with more to follow across the capital.

Officers from the City Corporation and Camden Council, and air quality volunteers recruited from the Square Mile, will speak with drivers parked up with engines running about the harmful effects caused by vehicle emissions – and ask them to turn them off.

Drivers will be given information leaflets to help them understand their role in making the air we breathe healthier for all Londoners.

All participating boroughs are now required to adopt idling enforcement procedures if they have not already done so. And the City of London Corporation and Camden Council will be supporting them, by providing resources, guidance and hosting educative workshops.

The project, funded by the Mayor of London’s Air Quality Fund, will also see the boroughs teaming up to run anti-idling workshops with schools and deliver training to companies and fleet managers about air pollution.

A study by Kings College in 2016 showed at some locations in the City of London a 20-30% reduction in peak concentrations on anti-idling action days, compared to non-action days.

Jeremy Simons, chair of the City of London Corporation’s environmental services committee, said: “This project takes us one step closer to eliminating a completely unnecessary source of air pollution.

“By working together, the capital’s local authorities are bringing down air pollution on our streets.

“Cleaning up toxic air is one of the most important priorities for the public health of Londoners.

“We are determined to see a major improvement in air quality, right across the capital. Together, we are taking bold and practical steps to combat air pollution at a local level.”

Councillor Adam Harrison, Cabinet Member for a Sustainable Camden said: “Engine idling represents an easily avoidable source of health-damaging air pollution which is often concentrated around our most vulnerable residents; at schools, hospitals and health centres.

“The London Idling Action project will help us to reduce air pollution from engine idling, as well as engaging with our local communities and schools, and across London in the fight to improve air quality and protect health.

“Camden is determined to achieve the World Health Organisation air quality standards and this behaviour change project plays an important part in this process, combined with our ongoing work to strengthen the enforcement regime for engine idling offences.”