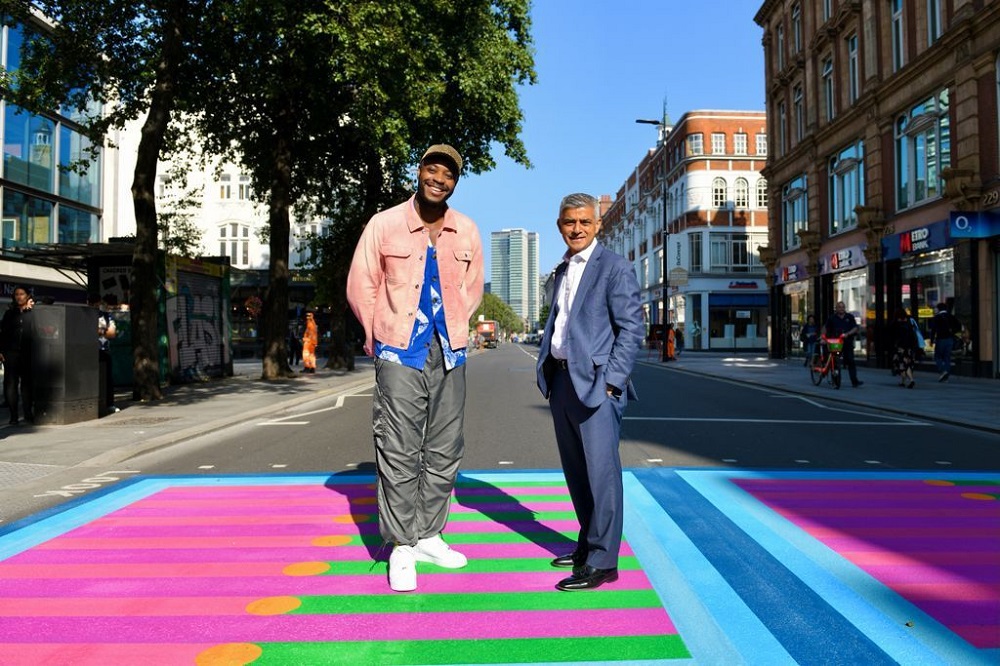 Mayor of London Sadiq Khan has said his Let’s Do London campaign is “paying dividends” as he launched a new season of events in the capital.

Launched in May, the £6 million campaign has aimed to attract visitors back to London to support the city’s economic recovery following the COVID-19 pandemic.

The mayor was joined on Tottenham Court Road by award-winning artist Yinka Illori to unveil new colourful pedestrian crossing designs to kick off the new Let’s Do London campaign season of events and attractions.

There are a total of 18 pedestrian crossings that have been transformed by Yinka Illori as part of London Design Festival, one of the first events to feature in the Let’s Do London campaign autumn programme.

The campaign will look to entice visitors to London with events such as London Fashion Week, London Film Festival and photography exhibition Rankin Live.

Speaking to the Local Democracy Reporting Service, Khan said: “The Let’s Do London campaign is paying dividends. We’ve seen a massive increase in footfall in the centre of our city, we’ve seen big increases in Tube numbers, particularly at weekends and big increases in bus numbers. But also, our theatres now are incredibly busy, more and more productions are opening.

“We’re starting to see the fruits of the Let’s Do London campaign, but we’re not stopping now. We’ve unveiled the autumn season of Let’s Do London. Yinka Illori’s fantastic crossings are part of that as part of London Design Festival.

The campaign will continue to support the recovery of the hospitality and retail sectors, while the autumn season of events will have an increased focus on the creative and cultural industries.