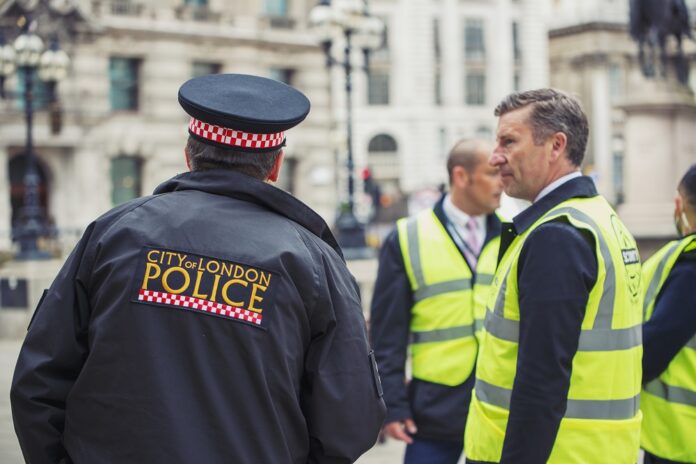 Hundreds of police and security officers will take to the City of London streets today (May 19) in a unique exercise to help fight crime, raise public safety awareness and boost community engagement.

The third annual HI Viz! exercise – held across the City of London – is designed to highlight that the Square Mile is safe for everyone who visits, lives or works in the area, as well as improving community engagement.

Throughout the day, the public will be invited to chat with City of London police officers and security officers – clad in high visibility jackets – at pop up centres at St Paul’s, the Royal Exchange, Aviva Plaza and Liverpool Street / Bishopsgate.

And with the night-time economy enjoying post-Covid growth, officers will visit licensed premises during the evening to discuss ways to lower incidents of violence – especially against women – and theft.

In what’s been described as “the best practice” public safety model, the City of London Police (CoLP) is working hand in glove with the City Security council (CSC) – an umbrella group of premier security companies based in the City – to improve the real-time flow of incident information.

The collaboration directly connects police with private security professionals working across the City, enabling them to be instantly alerted and updated about a potential incident.

“The third HI Viz! Day is a show of strength between the police and the private sector,” said Ray Marskell, Chief Inspector at City of London Police. 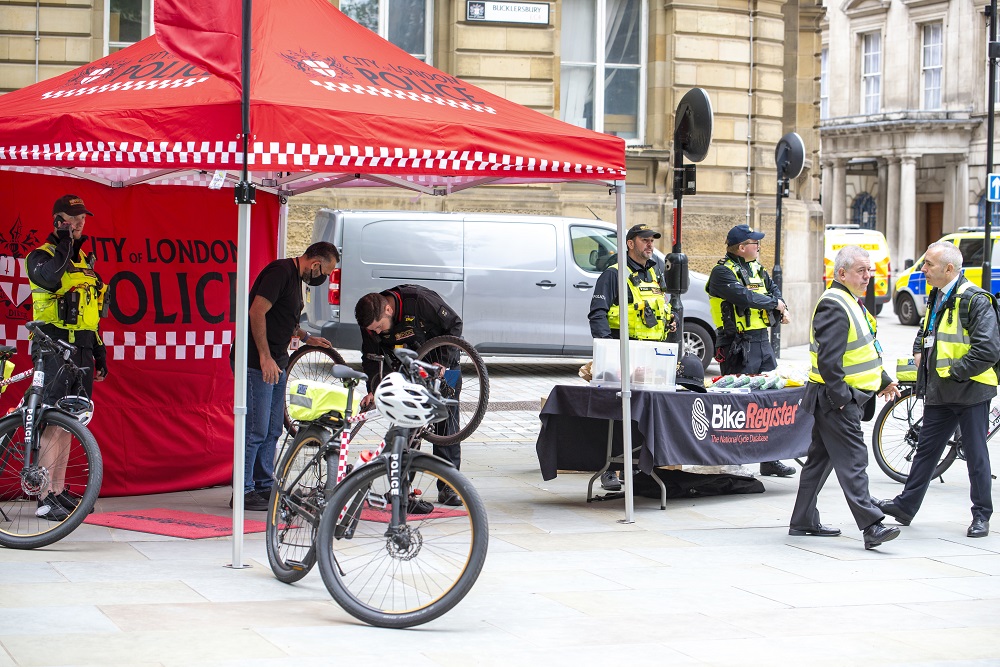 “Security officers are often the first responders to an incident and can act as our eyes and ears until an officer arrives on the scene.

“The reality is that trained and qualified security professionals play an important role in detecting and limiting the impact of crimes. Working together and quickly sharing intelligence makes the City of London a safer place. Put simply, it’s best practice and is a blueprint that other cities should consider.”

At the centre of the process is the recently installed CityINTEL joint communications platform.

Sitting in the CoLP Joint Command Control Room, the bespoke system allows controllers to quickly choose the most appropriate people to send to a reported incident. The two-way flow of information can be targeted to individual buildings and chosen areas, as well as used to broadcast more generally to CSC members.

“We know that in times of crisis, speed is of the essence,” said Ashley Fernandes, Chair of the City Security Council.

“Security professionals play an important role in the process if they can instantly react to a situation and instantly communicate with the police.”