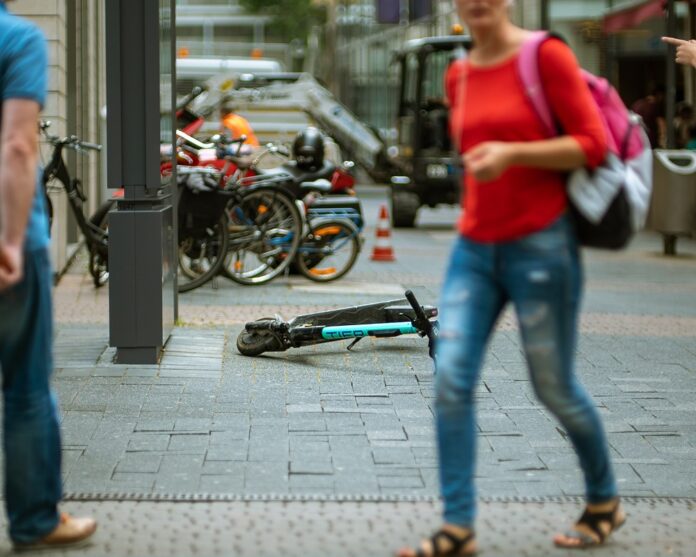 More than 500 people were injured in collisions involving e-scooters in London during 2021, new Government figures have revealed.

According to the figures published on Wednesday, the Metropolitan Police recorded 510 incidents involving e-scooters during 2021, accounting for nearly 40 percent of all e-scooter related casualties in England, Scotland and Wales.

The use of privately-owned e-scooters on public roads and pavements is banned under UK law and riders can be fined and have their e-scooters seized. More than 3,600 e-scooters were seized by police in London last year.

Currently, the only legal way to ride an e-scooter in London is through TfL’s trial rental scheme.

Last week, TfL announced it was extending the trial until November this year in order to help “shape our understanding of the role that e-scooters could play in the capital’s transport network”.

The announcement came just days after the Government suggested that e-scooters could be included in an upcoming Transport Bill, which could lead to improved safety regulations and licensing.

She said: “It is concerning to see these figures which show that in many cases e-scooters are still being used dangerously, putting the most vulnerable Londoners at risk.

“TfL’s e-scooter trial has now been extended by another six months and it is crucial that we look very carefully at the data to confirm whether e-scooters can indeed make a positive contribution to London’s transport ecosystem.”

More than one million e-scooter journeys have been made in London using TfL’s trial scheme since it began last June. In that time, operators Tier, Dott and Lime have recorded 16 serious injuries by users of the scheme.

The fleet of e-scooters that can be hired by the public are fitted with safety measures not seen on private models, such as a restricted speed limit of 12.5 miles per hour, larger wheels and lights that are always on.

Across England, Scotland and Wales, there were 1,359 casualties reported as a result of e-scooter collisions in 2021, up from 484 the previous year.

Almost 400 of the casualties reported last year were serious, while nine e-scooter riders were killed in collisions.

The number of pedestrians injured by e-scooters rose from 57 in 2020 to 223 last year, including 63 who were seriously hurt.