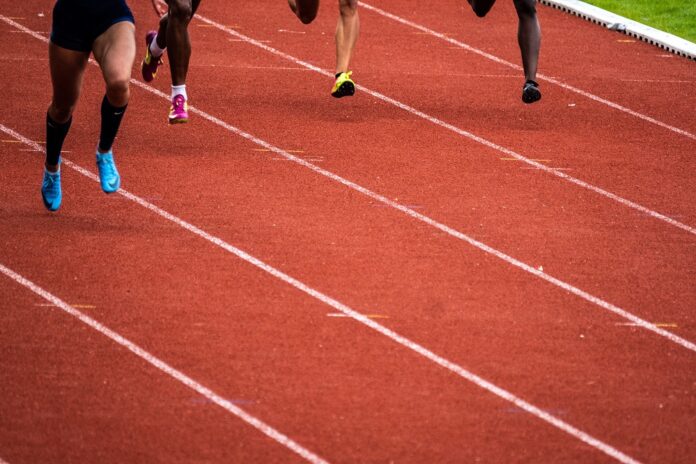 Home to large-scale national and international athletics events, the running track at the ever-popular Hampstead Heath will soon undergo a significant refurbishment.

The announcement comes as the City of London Corporation’s Policy and Resources Committee agreed to fund the works needed to improve the facility.

The improvement works will shortly begin on the Parliament Hill Athletics Track on the Heath, which is owned and managed by the City Corporation.

The funding will enable the reconstruction of the Athletics Track running surface, and associated works, such as floodlighting.

The track will play host to a number of major running events this year including the Night of the 10,000 PB’s, which will provide essential qualifying opportunities for English athletes targeting the Commonwealth Games in Birmingham. It will also facilitate the largest youth event in the country, the London Youth Games Cross Country Championships.

NOW READ: “Hope is Everything” benches of reflection donated to City-owned parks

The Athletics Track is home to Highgate Harriers and used by Mornington Chaser Running Club, Serpentine Running Club, Hampstead Rugby Team, schools from all around North and Central London and is open to the general public.

Chair of the City of London Corporation’s Hampstead Heath, Highgate Wood and Queen’s Park Committee, Anne Fairweather, said: “I’m very pleased that the City Corporation is making this significant investment in our athletics track. We are now able to take forward these much needed works and transform the facility at Parliament Hill.

“Supporting sport on the Heath has never been more important as we are coming out of the pandemic.

“The track hosts a series of high-profile events from the Night of the 10,000 PBs, which attracts elite athletes, to school competitions. It is also home to clubs such as the Highgate Harriers and the Serpentine Running Club. These improvements will be extremely welcome to amateur and professional athletes alike.”

This improvements will contribute to the delivery of the City Corporation’s Sport and Physical Activity Strategy to deliver health, social and economic benefits through participation in sports and physical activity.

“The long term future of the track facility is now guaranteed and our club can continue to provide a wide local community sporting platform, from wellbeing fitness, to school engagement & international athletics . We look forward to working closely with City of London Corporation during the refurbishment period.”