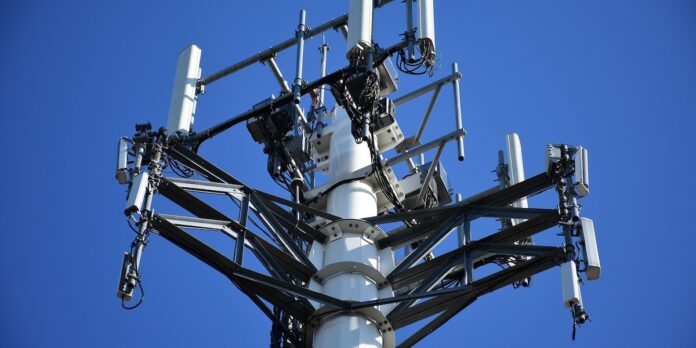 There has been much anxious chatter on the Middlesex Street Estate’s Neighbourhood Watch WhatsApp group lately.

The cause of the collective concern has been the letters landing on people’s doorsteps announcing that a planning application has been made to the City of London Corporation for 144 new cellular antennae to be sited on the roof of Petticoat Tower.

Further examination of the planning application on the local authority’s website reveals that a telecommunications company called Luminet wants to install these antennae to further expand their network of ultra high speed wireless internet access in the City of London.

From reading the blurb on their application, their proposal appears to be that by using this technology they can offer businesses all the benefits of fibre-optic high speed internet more quickly and cheaply as they don’t need to dig up the streets to lay any cables.

It’s all done over the air, just like the 4G technology we all use on our smartphones, only much, much faster.

Luminet’s planning application is keen to emphasise the potential economic benefits that their ultra high speed wireless network will have for the City of London’s business community.

I’ll admit that I was initially rather unconcerned upon hearing the news of this application. I’m no Luddite. I love my gadgets and I’m an unabashed ‘early adopter’ when it comes to technology. What’s not to love about faster, better internet connections, right?

But many of my neighbours didn’t seem to share my initial optimism for these proposed antennae. Scary terms like ‘carcinogenic’ were being bandied about the WhatsApp group.

This piqued my curiosity and I made it my business to become better informed about the debate over very high radiofrequency (RF) radiation being used in these ultra high speed telecommunications systems.

First, I contacted Luminet who clarified that these antenna are apparently not going to be part of the new 5G cellular mobile phone system that is currently being rolled out across the country.

Rather, the antennae will apparently be part of Luminet’s relay of ‘point-to-point’ ultra high speed wireless internet that is offered to specific businesses which are based in buildings that have a line of sight to Petticoat Tower.

Businesses will subscribe to Luminet’s service to gain access to seriously fast wireless internet beamed right into their offices.

The issue some are concerned about, however, is the part of the radiofrequency (RF) spectrum that Luminet’s system would use.

What many experts have serious misgivings about is how this radiation might affect human beings.

Reflecting on the imminent roll-out of such networks across the world, Martin Pall, Professor Emeritus of Biochemistry at Washington State University, has concluded that “putting in tens of millions of 5G antennae without a single biological test of safety has got to be about the stupidest idea anyone has had in the history of the world”.

Not convinced by the opinion of one leading biochemist? Then how about the fact that in May this year the World Health Organisation and the International Agency for Research on Cancer (IARC) classified the radiofrequency radiation produced by thes next generation wireless internet antennae as “possibly carcinogenic to humans”, with over 230 doctors and scientists from over 40 countries arguing that the IARC made the wrong call and that the classification should instead be “probably carcinogenic” or “carcinogenic”.

Many are now taking such concerns very seriously indeed and this is beginning to be reflected in public policy. In Brussels, for example, there has been a complete moratorium on installation of ultrafast internet antennae after Celine Fremault, environment and energy minister, cited that the new technology was not compatible with Belgian radiation standards.

Citing the need for more research, Fremault stated: “The people of Brussels are not guinea pigs whose health I can sell at a profit”.

Ditto for Geneva, which has halted their roll-out of the city’s new ultra high speed wireless network pending the availability of more independent research into the potential danger to public health.

Closer to home, two months ago Glastonbury Council stated it was similarly opposed to the introduction of such technology in the town because of a current lack of information on the adverse effects that the higher frequency RF radiation might have on humans.

Someone else who is very concerned about the effects of RF radiation from telecommunication antennae on human health is the British MP Tonia Antoniazzi.

In June she debated with other MPs about her concerns over the UK roll-out of the 5G networks. You can find this debate on YouTube and it makes for rather unsettling viewing.

Antoniazzi mentions how government bodies such as Public Health England continually cite a 2012 report from the since-disbanded Advisory Group on Non-Ionising Radiation (AGNIR), which reassures the Great British public that RF radiation used in cellular telecommunications is not harmful to human health.

Antoniazzi’s very significant issue with this assertion is that this seven-year-old report has been heavily criticised for being scientifically inaccurate and badly out of date. And yet this report seemingly continues to inform UK government policy on cellular telecommunications. The same MPs’ debate included reference to the detrimental effects that 5G RF radiation appears to have on insect life. In case you fail to grasp the potential relevance of this, insects are an essential part of our planet’s biosphere and are the cornerstone of our entire agricultural system, upon which all human life on Earth depends.

That said, when I spoke to Luminet a potentially very important caveat was explained to me. The  system they are proposing for the top of Petticoat Tower is apparently not at all like the 5G cellular systems mentioned above.

A 5G cellular system emits very high frequency RF radiation in all directions in order to ensure maximum coverage and the best reception possible for all the thousands of people walking around below the antennae.

Luminet’s proposal apparently works in a completely different way. Like 5G cellular towers, Luminet’s proposed antennae will certainly operate on a very high part of the radiofrequency spectrum with frequencies up to 80 GHz.

This is much higher than current 4G cellular masts which, according to Ofcom, typically operate under 6 Ghz.

However, it is here that Luminet says that any similarity with cellular masts ends because, rather than bathing their signal on everything below them, their proposed antennae will be narrowly focussed in a straight line pointing towards another tall building. They stressed that this radiation travels only horizontally in a narrow beam just a few centimetres wide.

Apparently, the beam cannot travel downwards. It is restricted to this very narrow corridor as it travels from building to building high above everyone’s heads.

This, they argue, means that there is absolutely no risk from RF radiation from their antennae penetrating even the very uppermost flats of Petticoat Tower, where the antenna are located just a few feet above where people are living.

So what does all of this mean? To be honest, I’m not sure.  It would certainly be premature and alarmist in the extreme to conclude that Luminet’s proposed antennae present a definite health risk to people living on the Middlesex Street Estate.

Their explanation of this RF radiation being confined to a narrow beam high travels in one direction only appears somewhat reassuring and plausible from a layperson’s perspective.

Nevertheless, I’m guessing that most of my neighbours are like myself and are no experts in physics, biology or wireless telecommunications.

We are not scientists and there is a lot of alarming information out there about this new generation of ultra high speed wireless internet antennae. Perhaps what is needed now is much better community engagement between Luminet and local residents to enable the people who live on the Middlesex Street Estate to better understand the science and safety measures associated with those 144 proposed antennae that might soon be humming above their heads.

Making an informed choice means residents being provided with as much information as possible, especially if they are reading all kinds of information out there about the effect these antennae might have on their health and wellbeing.

To view and make comments on Luminet’s planning application for Petticoat Tower go to www.planning2.cityoflondon.gov.uk and enter the reference number 19/00849/FULL. Alternatively the application can be inspected at the Planning Reception at the ground floor of the North Wing of the Guildhall on weekdays between 9.30am and 4.30pm. Anyone wishing to comment on this application must do so before 11 September.