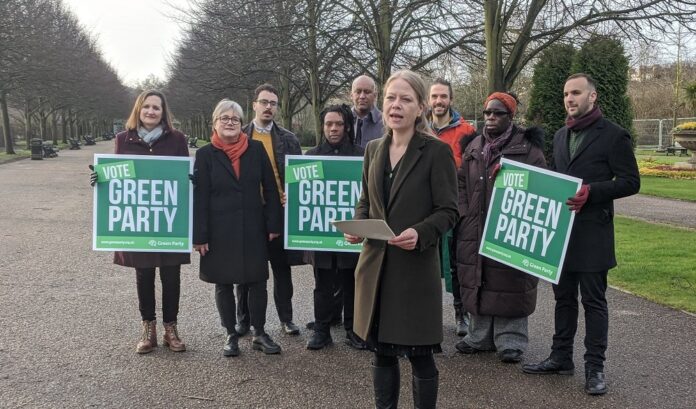 Sadiq Khan has “failed to be green when it matters most”, according to the Green candidate for Mayor of London.

Sian Berry, who is running in the May election, says only the Greens offer the “true leadership that’s needed to build a city with a future”.

Launching her campaign in Regent’s Park, she promised to cut traffic pollution, improve housing, stand up for renters, and end homelessness.

She said she’d reenforce policing by consent through citizens’ assemblies to “reset our contract with the police” and restore community confidence.

Ms Berry said her party are “proven and trusted” on the climate crisis, and reducing inequality in the capital.

Earlier this week, the Mayor asked Green voters to lend their support to Labour, as he pledged to make London carbon neutral by 2030.

But Ms Berry said the £50million earmarked for Mr Khan’s zero-carbon plan is not nearly enough – and “billions and billions” will be needed to change the city.

Today, she attacked the Mayor for supporting airport expansions at Gatwick and London City, and for his plans to build a road tunnel under the Thames at Silvertown, in east London. 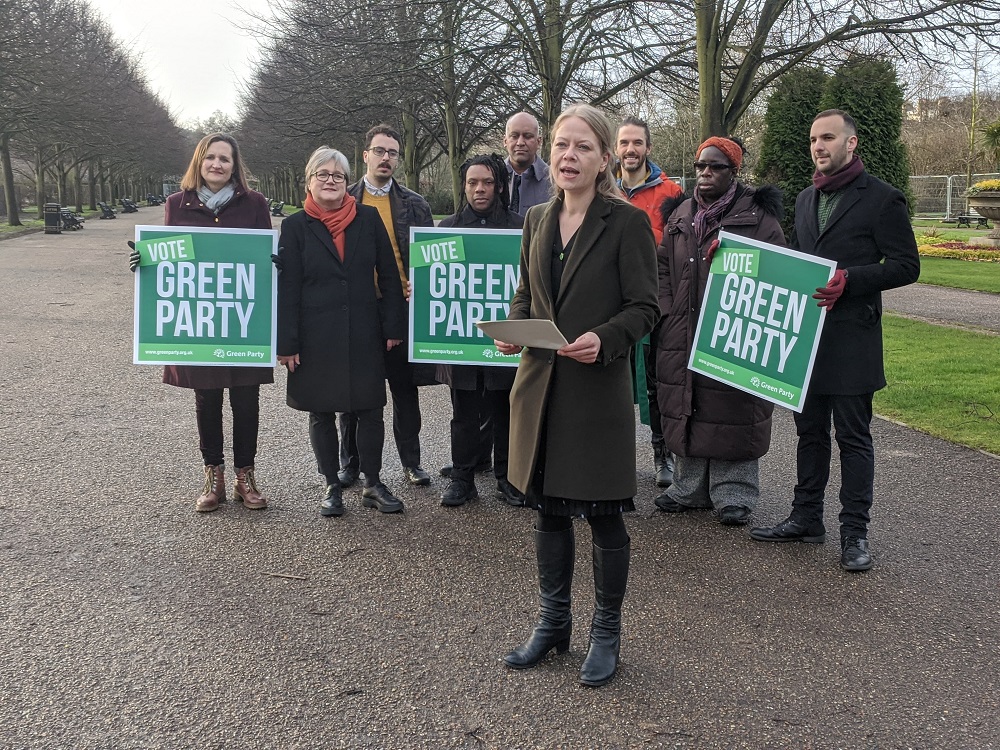 The Green assembly member and Camden councillor claimed Mr Khan’s failure to support more radical policies like smart road pricing – which would see all drivers in the capital charged by the mile – showed he was “weak”.

Ms Berry – who has run for Mayor twice before – told the Local Democracy Service that after four years on the London Assembly she is “more ready and more knowledgeable than ever”.

She promised to be a Mayor who would “do the detail” and know “what levers need to be pulled and what blockages there are” at City Hall.

But Liberal Democrat Siobhan Benita said the Greens are not the only party to understand that climate change is the “number one priority” in the capital.

She said: “My ambition is for London to reach zero-carbon by 2030, and to achieve that I will put a green lens over everything we do in City Hall.”

Ms Benita has rejected airport expansion and the Silvertown road tunnel, and wants to ban unnecessary single-use plastic by 2024.

She said: “Green supporters should get behind me if they are tired of warm words from the current Mayor and want real action on the climate instead.”