Why the Square Mile's residential estate management is sending out some very mixed signals to the City's cyclists. Spoke ’n’ words There is a two-wheel paradox on the estate. All around us are invitations to get on our bikes. There are two Santander cycle stations on Golden Lane, barely...

Why the Square Mile’s residential estate management is sending out some very mixed signals to the City’s cyclists.

There is a two-wheel paradox on the estate.

All around us are invitations to get on our bikes. There are two Santander cycle stations on Golden Lane, barely 100 metres apart. Other new bike-hire schemes seem to be popping up regularly. Nearby Old Street sees a daily rat run of pedal pushers, speeding like guided missiles to work and back.

They even have their own café, Look Mum No Hands! And cycling certainly fits the City Corporation’s air quality strategy.

Yet here inside the estate there are ‘No cycling’ signs everywhere. The one on the wall of Hatfield House is terrifying: ‘Action may be taken against anyone ignoring this request under the 1990 Environmental Protection Act’.

The threat is backed by action. Children on bikes are ordered to dismount, and last month a bunch of parkour stunt riders, having sneaked on to the Great Arthur House roof garden, were promptly marched off the estate by police.

Draconian policies are unfortunate, because the estate’s design is so enticing to cyclists. It looks like an urban playground, and despite technically being a private estate, its openness is one of its most attractive features.

It is built on a series of raised platforms, so heavy use impacts on the underlying structure. This is why attempts to control the footfall of marching City workers and delinquent cyclists are not entirely unreasonable.

A hint at a third-way solution arrived last year when we got a community cargo bike. Up to now it has been used mainly as a fun ride for children (and parents), but it has recently come under new management so maybe now it will be steered towards more suitable activities such as ferrying shopping, bits of furniture, and bags of waste to and fro.

The success of the cargo bike shows how strict rules can, with measured regulation and co-operation, be gently broken with no great loss to public order or safety.

In time we might even get a few ‘No kids in cargo bikes’ signs, but that would be a small price to pay to see wheels spinning freely around the estate.

Other forms of transportation have found a niche locally.

There is the Baltic Street Chapter, a bunch of motorcycle couriers who hang out in the no-man’s land between Baltic Street East and Baltic Street West, eating sandwiches and looking tough; and the early-evening mass occupation of Kennedy’s fish and chip shop on Whitecross Street by black-cab drivers.

Plus a yellow minibus that trundles around our streets, leisurely picking up and dropping off passengers.

This is the 812 hail-and-ride service provided, strangely, by Hackney Community Transport. You wave it down like a taxi. Seniors and children under 16 go free, otherwise it’s a mere £1 per journey.

The route takes in Golden Lane, then snakes up to Sainsbury’s at the Angel and onward to somewhere around Haggerston. Its friendliness is one of the service’s best-kept secrets.

The Tree Council’s National Tree Week passed recently without much fuss hereabouts, but for die-hard enthusiasts Golden Lane does have a few quality tick-list specimens.

At the west end of Bowater House there is a monster Indian Bean Tree. At the other end of Bowater, on Fann Street is a Canadian Sugar Maple.

And in the beds at Hatfield Lawn there is a Judas Tree, the national tree of Israel. Add others (Mexican Cherry, Cedar of Lebanon), and on the Golden Lane Estate you can practically travel the world in trees. If you did so, it would not be without controversy.

At the west end of Bayer House stands what official documents say is a beech tree. But one of my Basterfield House neighbours is adamant that it is not a beech but a poplar.

Now an expert has stepped in to verify that the disputed tree, planted in 1989, is in fact a beech; Fagus Sylvatica, a “fastigate form of beech that typically grows to a height of 12 metres”. There you have it.

The Gresham College website (gresham.ac.uk) is the place to go for a juicy free lecture. There are plenty on offer, both to attend at a real college in Holborn and at other City locations, or to watch online.

There was a good one recently about how Scotland tried to ban carols in 1582, but I have become hooked on two in particular; From Mr Pickwick to Tiny Tim: Charles Dickens and Medicine, and A World Without News? by former Guardian editor Alan Rusbridger. Bliss. 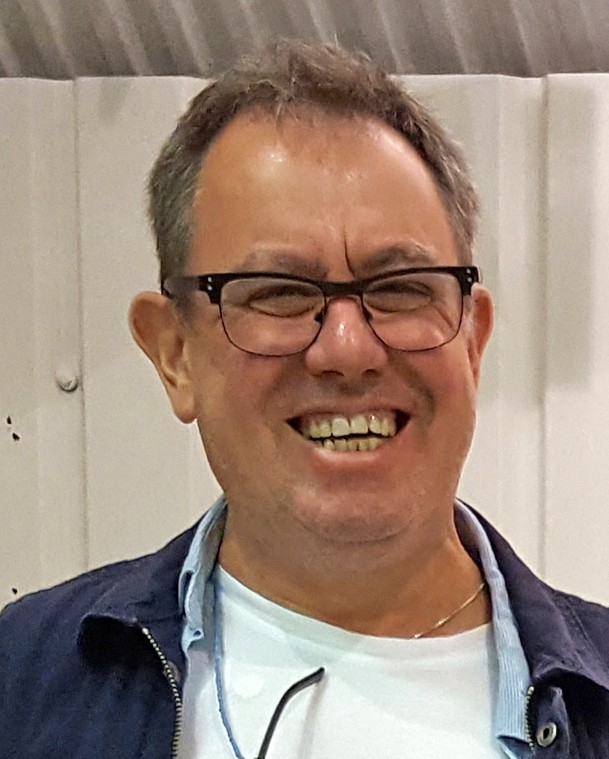 Billy Mann has lived in Basterfield House on the Golden Lane Estate for more than 20 years. He is membership secretary of the Golden Baggers allotment group, and earlier this year was made a Housing Hero by the City of London Corporation. He writes a blog about neighbourhood events at basterfieldbilly.blogspot.com