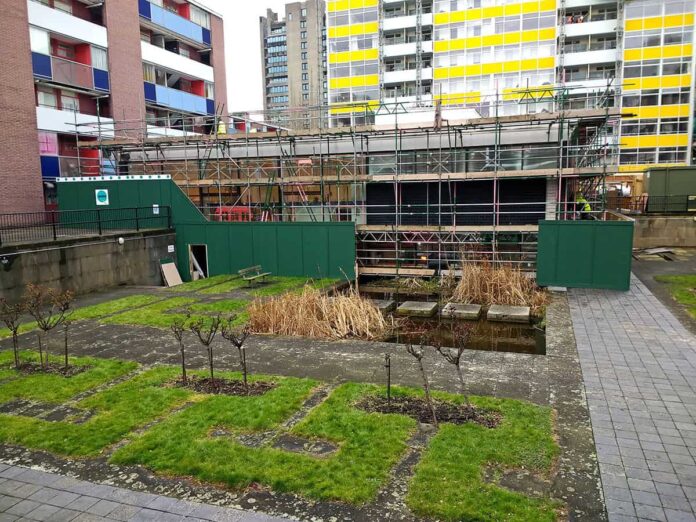 THIS time last year local elections had put in place a fresh group of councillors, and a spirit of change was running wild.

This year, spring again brings a feeling of renewal and optimism.

The Golden Baggers are planning a memorial to one of our members, Fay Caton, who sadly passed last year. A commemorative bird bath has been ordered (Fay was always feeding our feathered friends).

The estate’s refurbished community centre is due to open at the end of the month, and our revamped website (goldenlaneestate.org) is working its magic on residents by putting quality communication at its core.

The use of the community centre is a bone of contention. The City Corporation sees it as one of its assets and wants to take charge, first by installing the estate management team.

Residents see it as community capital for the benefit of everyone and want to be actively involved in its running. It could all end in tears.

There is the slim possibility that a peacekeeping force might be found. The City of London Community Education Centre (COLCEC) is to move from its current location on Golden Lane and into the new community centre in the middle of the estate.

This is to make way for the controversial COLPAI school/housing development, but it is nevertheless a new start for an adult-education and after-school facility many residents admire and support.

COLCEC is the middle ground on which the Corporation and residents can meet to thrash out a unity deal that everyone can live with.

Our London Assembly Member, Unmesh Desai, has been spotted hereabouts recently, which is good news. He is a busy man.

The patch of London he represents stretches from here in the City right out east and north through Tower Hamlets and Newham as far as Barking & Dagenham. It’s a huge area.

I follow his activities on social media and have become a fan of the London Assembly’s ‘Talk London’ forum on the web. This is where you can rant about a whole range of subjects.

One item recently canvassed views on London’s night-time economy and the drive towards a 24-hour London that works for residents, visitors, businesses and night-time workers.

This is especially relevant as the City’s Culture Mile project develops, bringing with it West-End levels of busyness.

Part of the City Corporation’s clean air strategy asks residents and workers to look out for motorists who sit in their parked cars with the engines running.

We are advised to tell them to turn off, but as one neighbour discovered recently, that’s easier said than done.

When she tried it, she escaped with vile insults and determined never to try something so stupid again.

You don’t need TV pictures of hospital corridors full of trolleys bearing sick patients to know the health service is in crisis.

At our local GP surgery, the Neaman Clinic in Half Moon Court, I recently found a woman queueing outside at 7.45am to make an appointment. She had come prepared, with a good book and a flask of coffee.

Some residents don’t even make it to the surgery door.
In the estate’s gym, Fusion, one senior resident, a regular, tells me she is often short of breath. When I advise her to see her doctor, she replies:

“You don’t want to bother them, they’re so busy these days.”

It took me a long time to fall in love with Italy. Then a holiday in Sicily, followed by a city break in Venice, got me hooked. Now our neighbourhood has its own slice of Italy.

Of course we have the Italia Conti school of performing arts, and in nearby Clerkenwell there is St Peter’s Church, which regularly hosts glamorous Italian weddings.

Next door to St Peter’s is the food shop Terroni, which, with nearby Gazzano on Farringdon Road, fill the air with the unmistakable smell of Naples.

More locally we have Baracca in Cherry Tree Walk, a family-run restaurant that never fails to deliver top food with a warm heart.

And the latest additions to the Italian connection are the fast-food rice-ball specialist Arancini Brothers and, two doors down on Old Street, L’Artigiano, an upmarket fresh pasta deli-restaurant.

There are many more – Vecchio Parioli (restaurant), Carnevale (top-class vegetarian restaurant), Passione and Piccolo (cafés). Some of our residents feel so at home in these places they speak in Italian.

Which reminds me, I borrowed a copy of Garibaldi & Gelato, a Heritage Lottery-funded recipe book, from Sofia at Central Street Cookery three years ago and forgot to return it. Oops. 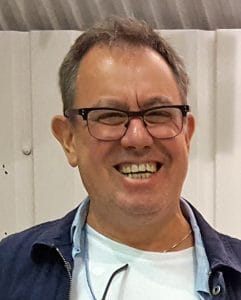 Billy Mann (far left) has lived in Basterfield House on the Golden Lane Estate for more than 20 years. He is membership secretary of the Golden Baggers allotment group, and last year was made a Housing Hero by the City of London Corporation. He writes a blog about neighbourhood events at basterfieldbilly.blogspot.com