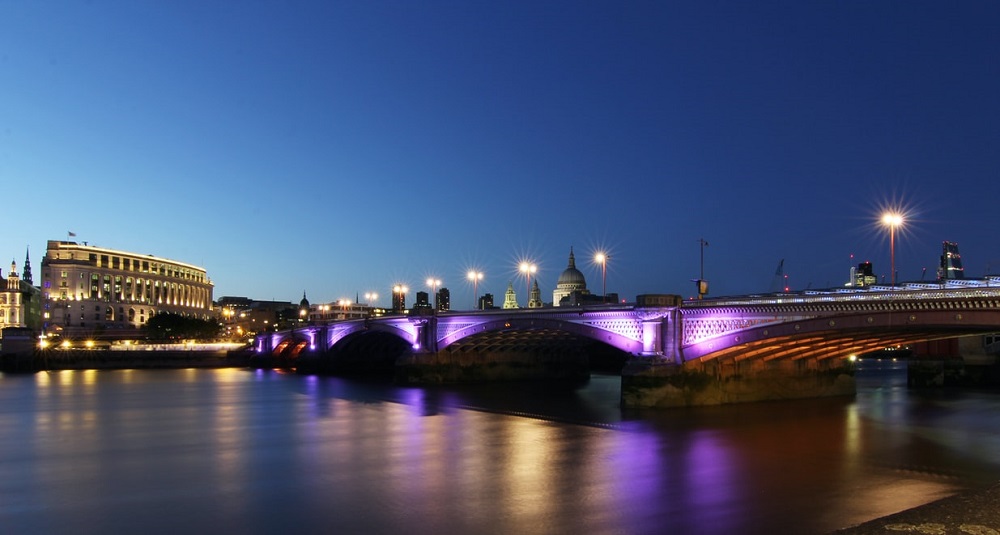 Five more bridges spanning the River Thames will be lit up this spring to create the world’s longest public art commission and bring “a ray of light” to Londoners.

Westminster, Blackfriars Road, Golden Jubilee , Waterloo and Lambeth bridges will be illuminated by New York-based artist Leo Villareal. They join four bridges he previously shone a light on in 2019 to brighten up the river.

Overseas tourists might not be in London right now to enjoy it, but it’s hoped that the spectacle will be seen by 90m people a year.

Mr Villareal’s design for the Illuminated River project survived the challenge of Covid and gives Londoners the chance  to enjoy a free open air spectacle, creating a 3.2mile long artwork.

He hopes that it will cheer people up during the pandemic and beyond.

Lord Mendoza who chairs the Illuminated River Foundation, said: “As we complete this chapter of the artwork, we hope the public will enjoy this amazing installation, and we will keep working to continue its legacy. We hope that Illuminated River can act as a ray of light, pointing towards a hopeful future for the UK’s arts and culture sector.”

A gentle combination of rosy colours will extend across the arches of Blackfriars Road Bridge, whilst Waterloo Bridge, the longest  in central London, will be lit by a simple line of light. Westminster Bridge will be lit up with soft green tones, as a nod to the benches of the debating chamber of the House of Commons.

And there’s a cultural programme for people to enjoy at home with music from composers from the Guildhall School of Music and Drama, creating music inspired by the bridges and the artwork.

Its also hoped there could be some activities for people to enjoy at the bridges at night – depending on what happens with the coronavirus lockdown.

The project attracted submissions from 100 hopeful  artists keen to showcase their work along the river.

It’s taken five years work to light up the river and included 18 specialist teams, and getting permission from 50 stakeholders including seven London boroughs.

And it is hoped that Chelsea, Albert, Tower and Vauxhall Bridges will also be included in the future.