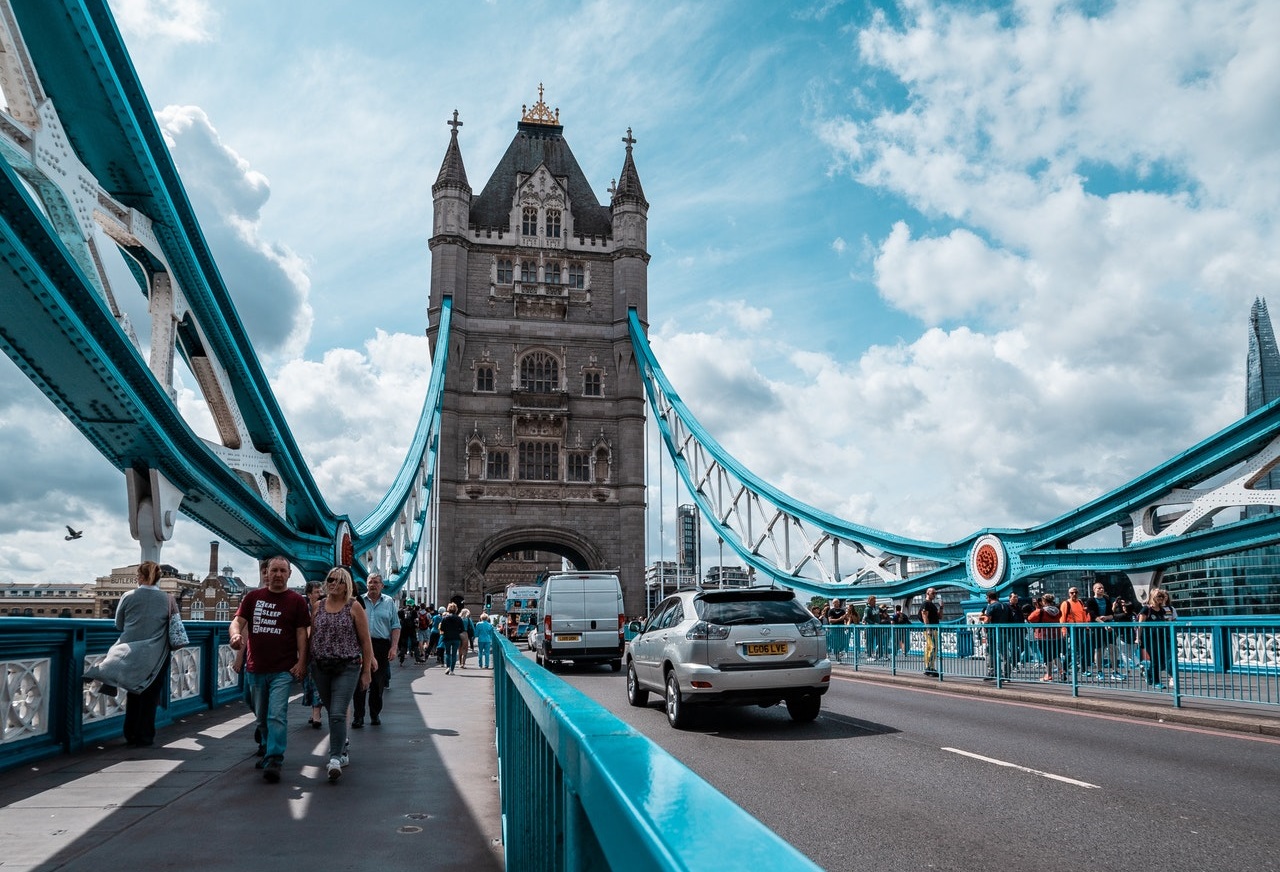 There have been emotional scenes as families separated by lockdown have met up for the first time in months, while enjoying a day out at one of London’s most iconic attractions.

Tower Bridge welcomed its first visitors over the weekend of 4 July – so called Super Saturday when attractions, pubs and even hairdressers were allowed to reopen.

The landmark welcomed 836,000 visitors in 2018 – the last year for which national statistics are available – putting it in 48th place in the list of visitor attractions in the UK.

It staged a soft opening with strict social distancing and a one-way route.

But visitors were still able to marvel at the view from the glass walkway 42 metres above the river, bridge master Chris Earlie explained.

Before the pandemic 70% of its visitors were from overseas and the team had to rethink to attract people from closer to home, especially those travelling from a little further away.

It already charges just £1 for residents of the City of London, Tower Hamlets and Southwark  – and sent leaflets to 64,000 homes in those boroughs to encourage them to plan a visit.

He said the reopening followed “extensive planning” and there were reduced opening hours.

“We reopened at 10.30am on 4 July to queues. We actually had visitors, it was fantastic. This was a soft launch, it was about ensuring we can operate successfully.”

He added: “There were mainly families and couples, many of these locals who were already aware of the community ticket offer.

“Interestingly quite a few visitors over the weekend classified themselves as working tourists. Those are people who are in the UK for a relatively short period of time, here for work purposes and [they] were stuck here during lockdown and, of course, now want to make up for lost time in terms of cultural experiences.”

Mr Earlie added: “Visitors also commented that they were incredibly grateful for the opportunity to visit so in terms of the overall sentiment in terms of the bridge being one of the first to open along the Thames at that time we were getting highly emotional responses from visitors very grateful to be able to visit… and this represented normality for them.” 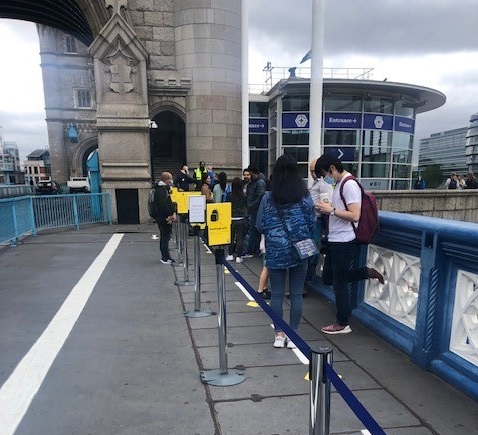 And he said some visitors “were using their visit to the bridge to meet up with family members they hadn’t seen for three or four months, so some really emotional scenes were taking place”.

Takings at the shop looked good, with people spending an average of £3.26 on the first Saturday and £8.40 the following day, compared with the industry standard of anything from 50p to £1.20.

“Almost everyone who came to the attraction spent something,” said Mr Earlie – a pattern which other heritage sites also noticed.
The bridge’s safety measures include timed ticketing and a one way system.

There’s also a queue management system, as well as Perspex screens in the ticket office and shop. There are also the now familiar social distancing floor stickers and special screens for bag searches. And the shop and ticket office have gone cashless.

The nearby Tower of London reopened its doors on July 10 and is currently open from Wednesday to Sunday each week, while the Barbican opened its art gallery on 13 July.

And there’s good news for tourists who need to spend a penny with toilets at the Tower and Paternoster Square reopening on 20 July.

The City Information Centre near St Paul’s Cathedral will also open on 20 July to help signpost visitors to facilities, including public toilets.

Like in other areas the City of London Corporation is encouraging local visitors to explore attractions near them to back local businesses.

And it is keen to remind people that it is within easy reach from many areas of London – even for those who would prefer to walk or cycle right now rather than use public transport.