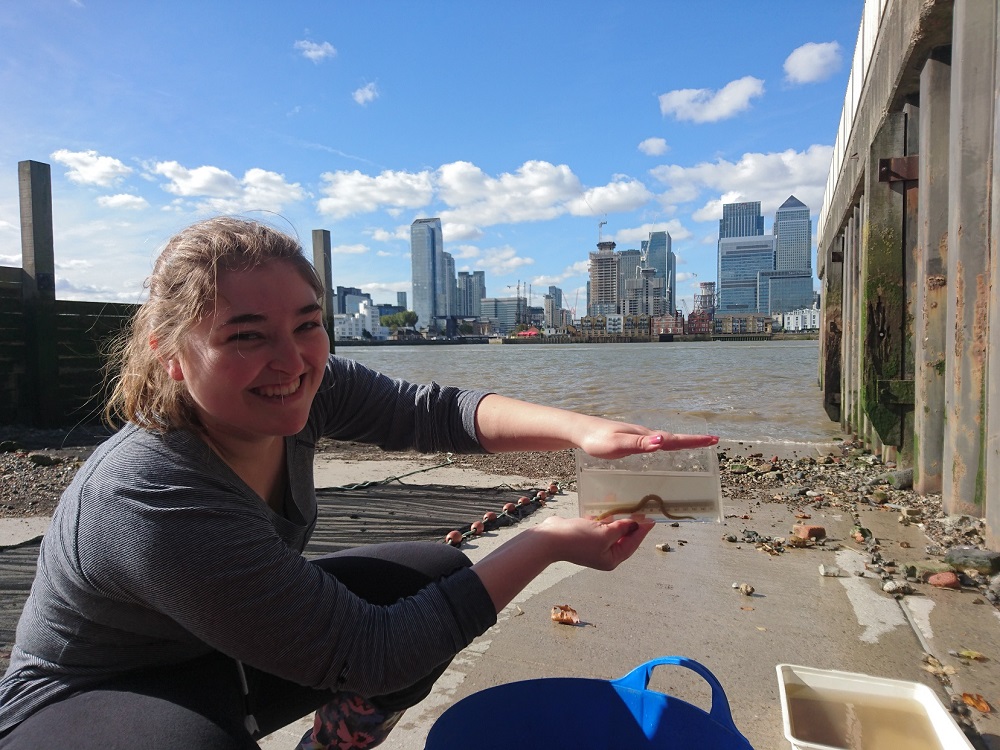 Riverside residents are being urged to ‘reconnect with the water’ as part of an environmental scheme running in two east London boroughs.

Blue Connections, focused on Barking Creek and the River Roding – a tributary of the Thames – aims to improve people’s understanding and appreciation of rivers and boost their skills, employability and mental health.

The scheme, targeted at residents and community groups in Barking & Dagenham and Newham, will offer riverside ‘walks and talks’ on the wildlife and ecology of the river, online seminars and a transferable and vocational skills training programme.

It will also feature opportunities to get involved with a ‘community mapping’ exercise aimed at identifying and removing barriers for fish migrating between freshwater channels and the tidal Thames, and environmental surveys on intertidal habitat.

The project is being run by the Thames Estuary Partnership, funded with an £86,000 grant over two years from City Bridge Trust – the City of London Corporation’s charity funder.

City Bridge Trust Chairman Giles Shilson said: “The River Thames is the lifeblood of London, but many of us who live in the capital often see it as a barrier to be crossed rather than something to learn from and enjoy.

“Reconnecting with the water, its ecology and the huge variety of fish and mammals that live in it can have a marked effect in improving how people feel and their quality of life.”

The Blue Connections scheme will offer in-person and online training in skills such as communication, project planning, mapping and design skills.

The project is particularly aimed at young people from under-represented BAME communities, which currently account for just three per cent of workers in the environmental sector across the UK.

Thames Estuary Partnership Technical Director Amy Pryor said: “In many ways the Thames and its tributaries are an untapped asset which is literally on people’s doorstep and which can be used by people in so many different ways to improve their lives.

“This project will give people living near the water the chance to learn more about the river and how to look after it and the environment more generally, to develop new skills they can use in any job and boost their employability, with the added bonus of learning outdoors, which is a major boost to mental health.”

More information about the Thames Estuary Partnership is online at www.thamesestuarypartnership.org