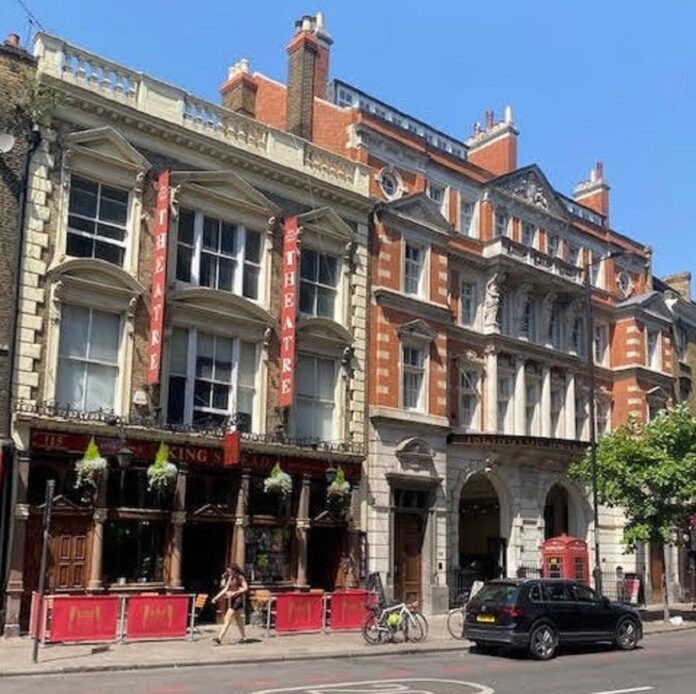 The curtain can go up at a new 250-seat home for one of London’s oldest pub theatres, where some of the UK’s best loved actors started their careers.

The King’s Head Theatre on Upper Street has fostered new talent for more than 50 years and Sir Tom Stoppard, Steven Berkoff and Alan Rickman started their careers there.

Other stars who trod the boards there include Maureen Lipman, Hugh Grant, Jennifer Saunders, Dawn French and Richard E Grant.

The stage is set for the theatre to move into a unit at the Islington Square shopping centre development next door, which means it can increase the audience from 110 to 250. It also means the dining area at the pub built in 1864 can be extended.

Councillors hailed the theatre “as a jewel in the crown” in Islington.

The theatre was founded by Dan Crawford in 1970 in an old boxing ring and pool hall at the back of the King’s Head pub on Upper Street where it shows new work, critical theatrical revivals and accessible opera.

There are two other pub theatres in the area – the Hope above the Hope and Anchor and the Hen and Chickens near Highbury Corner.

Islington’s Planning Committee approved the planning application and listed building consent after asking theatre bosses if there was enough dressing room space and quizzing them on their environmental policy.

One person wrote to the council with concerns about noise and possible disruption from the larger audience and 13 others wrote in support. The management plan means the audience will leave by an exit on Upper Street.

The plan means pub owner Youngs can extend the dining area, with a flat roof terrace with space for 60 people.

A plan to open a theatre in the shopping centre in the converted former Post came before the council originally 2018 and won applause then.

The new plan sees reductions to the number of seats in the auditorium from 270 after dialogue with neighbours and Islington’s planning team.

Consultee the Theatres Trust said it was essential the proposed theatre would be viable and wanted to make sure there would be signs so passers-by would be aware of the new home.

Chris Dunn, from Cain International, which is behind Islington Square said it was happy to put signs up, if listed building consent was granted.

James Seabright, the Chair of the King’s Head Theatre Trust, said the new space includes more room in the foyer for people, following the pandemic.

Planning Committee member Benali Hamdache asked how the King’s Head will dissuade people from driving to the theatre “to minimise the impact on neighbours.

Seabright said: “The Kings Head as a charity is committed to reducing our environmental impact and the way our audiences interact with us is a big part of that.”

He said audiences are encouraged to travel sustainably to the theatre and information is given out with tickets.

Tricia Clarke wanted reassurance about the roof terrace at the pub and what would happen if there were complaints.

Youngs said it wanted to be “good neighbours” and avoid problems.

Councillor Paul Convery said: “It will certainly be a better performance place for actors.”

He said it will be one of the “landmark theatres” in central Islington, including Sadler’s Wells and the nearby Almeida.

“This is is one of the crown jewels of Islington.”