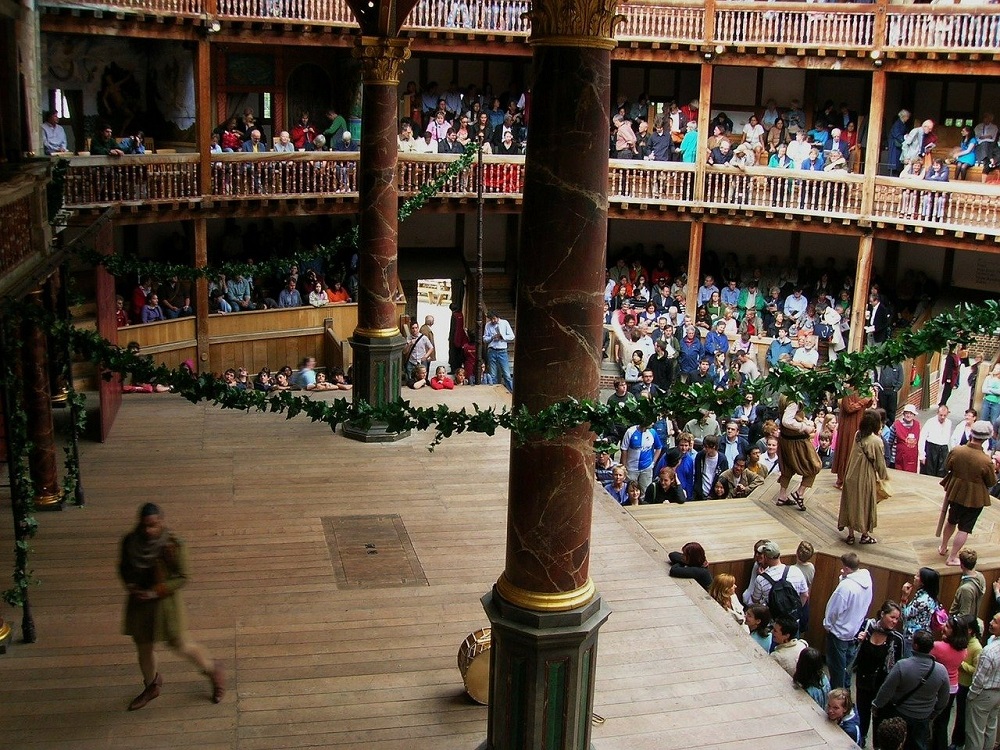 Some people may think that the only dramatic part of the City is the skyline, but these people would be woefully mistaken.

Yes, the City may be built on foundations of finance, but theatrics are not just confined to the boardroom – they can be found just a walking distance from St Paul’s, in one of the many outstanding theatres in the City of London.

From fringe theatre to famed classics, and everything between, the offerings of the City theatre scene are quite simply staggering, and the locations home to some of London’s most glittering stars and promising up-and-comers.

Treading the line between old and new, these venues know what audiences want, and are committed to providing; continuing to prove why London theatre is some of the best in the world, and so vital to the cultural fabric of our city.

So without further ado, ladies and gentlemen, madams and monsieurs, we present to you… drumroll please… the best theatres in the City of London and its surrounds.

When listing theatres in the City of London, there’s no other place to start than at The Barbican, the maze-like performing arts centre situated on the Barbican Estate. Home to two theatres, two art galleries, three cinemas, a concert hall, and one of the City’s largest libraries (phew), here there is no can’t – only Barbi-can. The centre works tirelessly to connect with the local community and international audiences alike, promote fledgling artists and theatre-goers, and bolster cultural and creative learning right across the City.

Focussing on mostly new material, with the occasional re-imagined classic slipped in for good measure, The Bridge Theatre was founded by The London Theatre Company and opened in October 2017. Seating 900 and designed to be as flexible and adaptable as possible, The Bridge was also the first sizeable theatre to be added to the commercial London theatre scene in 80 years; quite literally bridging the gap between old and new.

Guildhall School of Music and Drama

Even if classical music is not your forte, those looking for some peace and harmony on their lunch break should not sleep on the offerings of the UK’s top conservatoire. Guildhall School of Music and Drama not only provides world-class professional training for up-and-coming performers, but also showcases their hard work, putting on a variety of evening and lunchtime performances completely free of charge.

Founded in 1963 by Laurence Olivier, The Royal National Theatre is truly the crown jewel of the South Bank, and one of the biggest publicly funded performing arts institutions in the country. A concrete jungle made up of three full scale theatres, smaller studio spaces and incredible workshops, The Nash also tours productions across the UK and internationally, and streams their content into cinemas, homes and schools.

A world-renowned venue for international dance, Sadlers Wells is one of the oldest theatres in the City of London, with over three centuries of experience. Another London institution to tour their productions and share digital content, they present more new dance work than any other theatre in the world through their Resident and Associate Companies. They also host an en pointe number of exciting artists development programmes for young performers.

If ‘all the world’s a stage’, where does the audience sit? Probably at Shakespeare’s Globe on Bankside. Since 1997, audiences have flocked to ‘this wooden O’ to see if the play really is the thing, and have been privy to every single piece in the Bard’s canon. Consisting of two venues, the open-air Globe Theatre, and the indoor Sam Wanamaker Playhouse (named for the reconstruction’s founder), Shakespeare’s Globe offers up performances, tours and workshops to 1.25 million visitors a year – forsooth!

A true hidden gem, Theatre Deli Broadgate is mostly known amongst thesps for its well-priced rehearsal studios, buzzing café and support for emerging artists. Part of the Delicatessen family, which has venues across London and Sheffield, the Broadgate branch also offers some incredible new theatre and inspiring workshops. Nestled behind Liverpool Street Station, Theatre Deli is the perfect spot for theatre bods to unwind and feel at home, and for City slickers wanting to see something truly original.

As the original home of the Royal National Theatre, the English National Opera, and The Sadler’s Wells dance company, it’s safe to say that The Old Vic is the original theatre hotspot. A transformative space with a vast range of ‘previous lives’ (as a college and a tavern to name a couple), the Old Vic continues to play host to a wide variety of productions, both traditional and contemporary, disproving the adage that you can’t teach an old dog new tricks.

Beginning its life as an offshoot of the Old Vic, and intended to last for only five years, The Young Vic surpassed all expectations and has well and truly earned its revered place on the London theatre scene. Showcasing all manner of productions, committed to keeping ticket prices low, and connecting with the local community via their Taking Part Programme, this young at heart venue holds tight to its values.

The Unicorn may be one of those theatres in the City of London that’s not currently on your radar; that’s because this mythical beast of a venue caters to a specific demographic (those who are/have/work with kids). The largest children’s theatre in the UK, and the recipient of multiple awards, this off-West End legend specialises in producing ‘new, innovative and ambitious productions’ for children aged up to 13 years old.

One of the more distinctive theatres in the City of London, the Union Theatre has been offering up all things musical since 1998. However, they’ve been at their current digs since 2016, after a premises reshuffle saw the theatre world unite for the Union, and campaign for them to stay open. They’re now just across the road from where they started, beneath the railway arches next to Southwark station.

The top outdoor cinemas around the City of London

Where to watch Wimbledon 2022 in the City of London