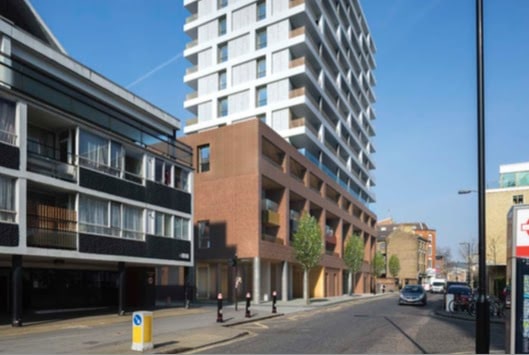 Common council members have joined a chorus of criticism against their peer and former Corporation policy chief Sir Mark Boleat over his claims that scaling back the influence of elected representatives in the planning system could solve London’s housing crisis.

Cripplegate councillors have said they are “deeply disappointed” with Sir Mark’s (inset) comments in a report for the Housing & Finance Institute, which proposes to exclude local elected members from voting on planning applications to remove “bias towards development”.

Planning committee member Mark Bostock was among several to speak out against the recommendations, calling them “totally unacceptable” and at odds with basic principles of local democracy.

The report suggests appointing expert panels to interpret local planning policies and decide on applications. Local councillors would be able to address the panel on behalf of their constituents, but not vote.

Sir Mark said in the report that elected members “need to be re-elected and therefore are responsive to their electorates who invariably are opposed to developments” and therefore should not have a vote in planning decisions, a suggestion Mr Bostock strongly rebuked.

“I am one of the newly elected members [on the planning committee] and there have been three or four quite significant planning applications that have come before us and I have to say I think he’s wrong – we are all highly responsible people,” he said.

“The idea of excluding residents and their [voted] representation is totally unacceptable.” The report made waves in the Cripplegate ward, which is home to about a third of the City’s 7,500 residents, many of whom are currently doing battle against developments on neighbouring sites Bernard Morgan House and the former Richard Cloudesley School.

The Golden Lane Estate Residents’ Association (GLERA) last week called for Sir Mark to resign from the local authority, saying his views were “no longer compatible with his role as a Common Councilman”.

Councillor William Pimlott said the report demonstrates “a contempt for local democracy” and that residents should have as much a say through their local representatives as those elected.

“Local residents are in favour of the development of affordable housing, and especially of social housing, but not when it risks irresponsibly damaging existing housing and is not affordable at all.”

He added: “If property executives, or those associated with the housing development industry are allowed to vote, then surely local representatives ought to be able to too.”

Mary Durcan, another Cripplegate councillor, agreed resident participation is “essential in a democratic society” and said she would strongly oppose any change to the system.