TENANTS of Bowater House have unveiled battle banners in their continued fight against a development on their doorstep.

Locals have been at loggerheads with the Corporation and developers Taylor Wimpey ever since plans were approved for a block of luxury apartments at the site of Bernard Morgan House.

And resistance from residents, who say inflated prices will lead to the 99-unit complex becoming a “ghost block”, reached new heights last week when banners protesting the build were draped from balconies facing the building site.

Each banner is emblazoned with slogans dreamt up by leading artists and writers, including Turner Prize winners Jeremy Deller and Elizabeth Price, and Booker Prize nominated author Tom McCarthy.

Collectively the banners are known as The Spectres of Modernism, and will be in place directly opposite The Denizen – the name of the impending development – until 10 December. 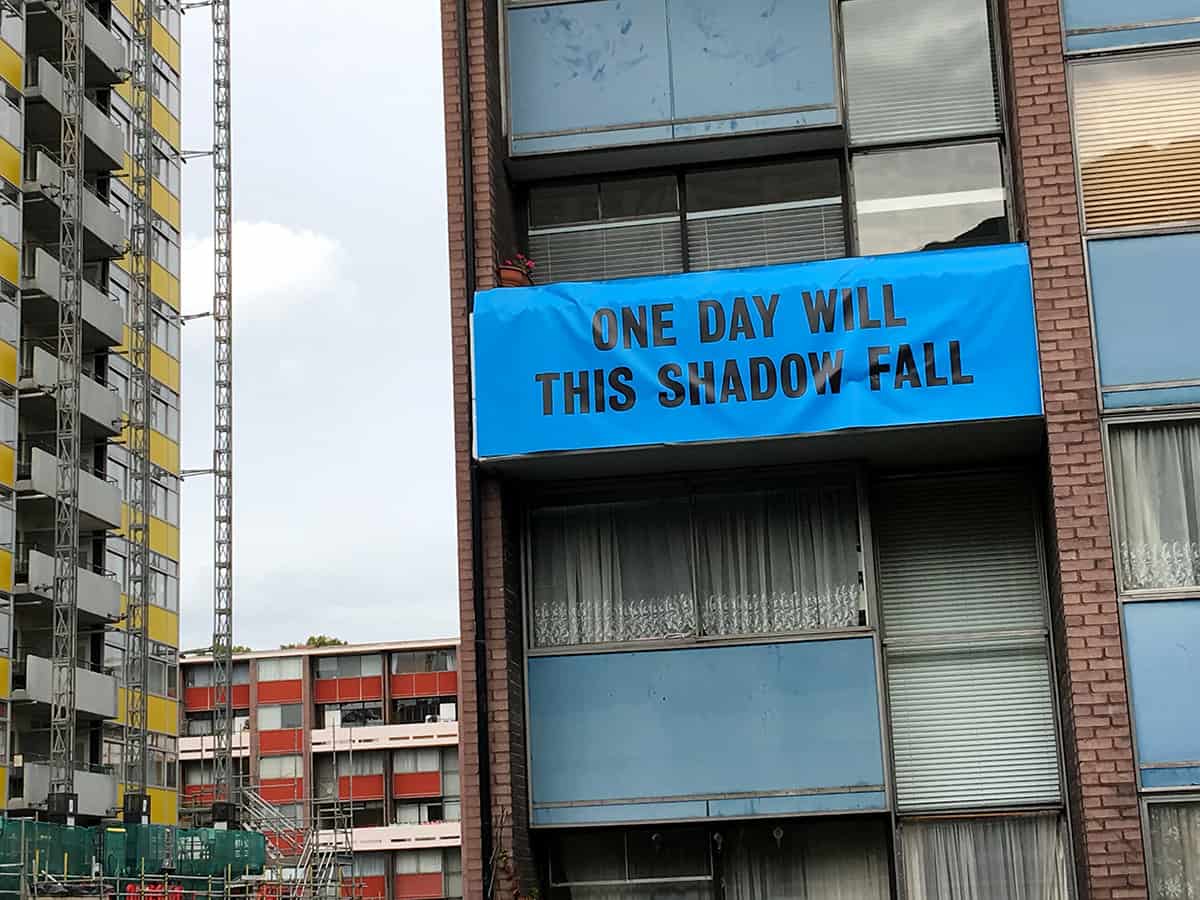 The installation has been designed by the Fraser Muggeridge Studio and curated by Clare Carolin.

“The Denizen will overshadow local homes, the adjacent Jewin Welsh Chapel, Fortune Street Park, Richard Cloudesley and Prior Weston Schools, and the Golden Lane Children’s Centre,” said a statement on spectresofmodernism.wordpress.com in opposition to proposals that were approved over the summer.

“Sunlight is being stolen from children, residents and local workers to create ghost homes for investors who won’t live in them.”

Properties at The Denizen will go up following the demolition of the 110 properties built for the City’s key workers back in the 1960s.

The resident statement went on to claim that the exhibition had been scheduled to coincide with the Frieze Art Fair “when the international super-rich descend on London to invest in the Capital’s cultural products”.

Following a successful crowdfunding campaign – which pulled in £10,000 from supporters – residents were expected to submit a legal challenge to the plans this week.

The deadline for an appeal passed on Wednesday, after City Matters had gone to press.