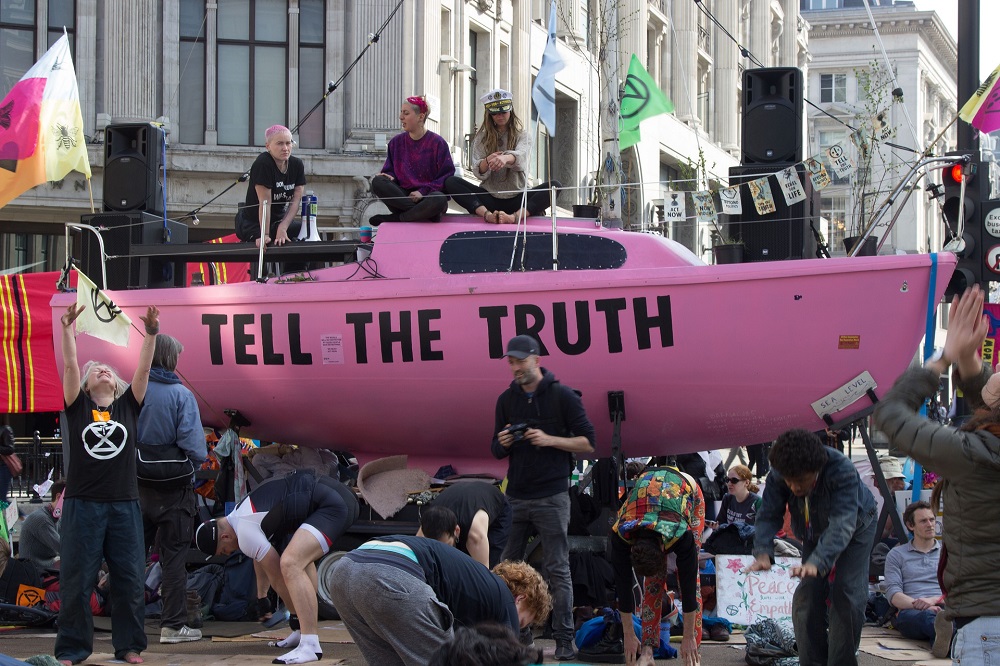 Westminster City Council has called for tougher measures against Extinction Rebellion as they are “desperately worried” about the impact strikes will have on businesses.

Council leader Rachael Robathan has written to police chiefs demanding the protests are “kept to an absolute minimum” to protect Westminster residents.

Extinction Rebellion (XR) began protesting in Central London on Monday (August 23), with some protestors gluing themselves to a McDonald’s while others chained themselves to roads.

Cllr Robathan said: “Many businesses have contacted us to say they are desperately worried that two weeks of disruption – particularly during the height of the tourism season – could undermine their ability to survive after 18 incredibly difficult months.

“In Westminster, we are recovering more slowly than any other borough from the downturn brought on by the pandemic.

“Scenes of blocked-off streets and inaccessible businesses do not encourage people to come into the West End.”

Police and city council staff removed a four-metre pink table from Covent Garden after it was put up by climate change activists on August 23.

The last time XR protested for two weeks in Westminster the council spent £50,000 clearing up 120 tonnes of rubbish left behind by activists.

NOW READ: City of London house prices fall by £115,000 because of pandemic

Now, the authority is concerned the impact of the protests could hit businesses even harder as footfall is down 42 per cent in the borough.

Nickie Aiken, MP for Westminster and Two Cities, told LBC she is scared the XR protesters will hit the borough’s poorest residents hardest.

She said: “The disruption to local people and businesses is immeasurable.

“The wealthy who do live here have gone for the summer so it is those who live here permanently who can’t escape and who are living with this so-called ‘beautiful chaos’.

“I can not tell you the number of calls and emails I have had over the last couple of days from really worried local people who are putting up with this. It’s just gone too far.”

On Friday (August 27), XR is planning a Bank of England “Blood Money March” and will also be hosting marches at Smithfield and Brixton Markets on Saturday (August 28) at around 12pm.

Westminster City Council leader Rachael Robathan told the Local Democracy Reporting Service: “We completely support the right of any group to demonstrate peacefully and highlight their cause.

“However, this kind of disruption not only damages the livelihoods of our residents and visitors but also poses a huge challenge to our businesses and cultural institutions which have suffered immensely over the past 18 months.

“It is crucial that these protests are well managed to keep disruption to a minimum and improve access for our residents, businesses, and visitors so they feel welcome and safe in the city.”

Extinction Rebellion has released a statement claiming there was no additional money spent by the council when they protested in October 2019.

XR said: “There is another figure also circulating, about the weight of rubbish, 120 tonnes, that was collected by Westminster during the protests.

“It’s worth putting this figure in perspective. During London’s New Year’s Eve celebrations 2016-17, Westminster cleared up 85 tonnes of rubbish from just one night. Our protests lasted two weeks.

“As anyone who has been to an Extinction Rebellion protest will know, we are scrupulous about clearing up after ourselves and ask rebels to respect the spaces they’re in and take their rubbish home.”