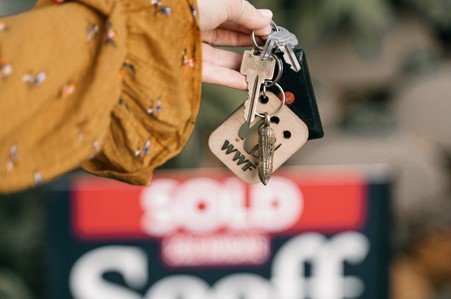 House prices in Central London have fallen drastically in the wake of the pandemic.

Bank of England analysis reported ongoing strong demand for housing across most of the UK in the quarter to June and a shortage of properties for sale, which pushed up prices.

City of London has said it is planning to create at least 1,500 new homes by repurposing offices and other buildings left empty because of the pandemic.

The borough intends to increase the number of homes in the centre of London by 20 percent by 2030.

Other central London boroughs that saw prices drop were Westminster, Hackney, Kensington and Chelsea, and Southwark.

House prices dropped by 7.9 percent in Westminster while prices in Kensington and Chelsea were slashed by £100,000, a 4.8 percent reduction.

Across the UK house prices soared and the average house price increased by 13.2 percent in the year to June, the largest percentage increase since November 2004.

The only area of the country outside of London to see falling prices is Na h-Eileanan Siar in Scotland.

Prices for detached homes in the UK rose 15.6 percent in the year to June, with a 13.5 percent rise for semi-detached, and a 14 percent rise for terraces; however, flats only saw prices rise by 8.4 percent over the year.