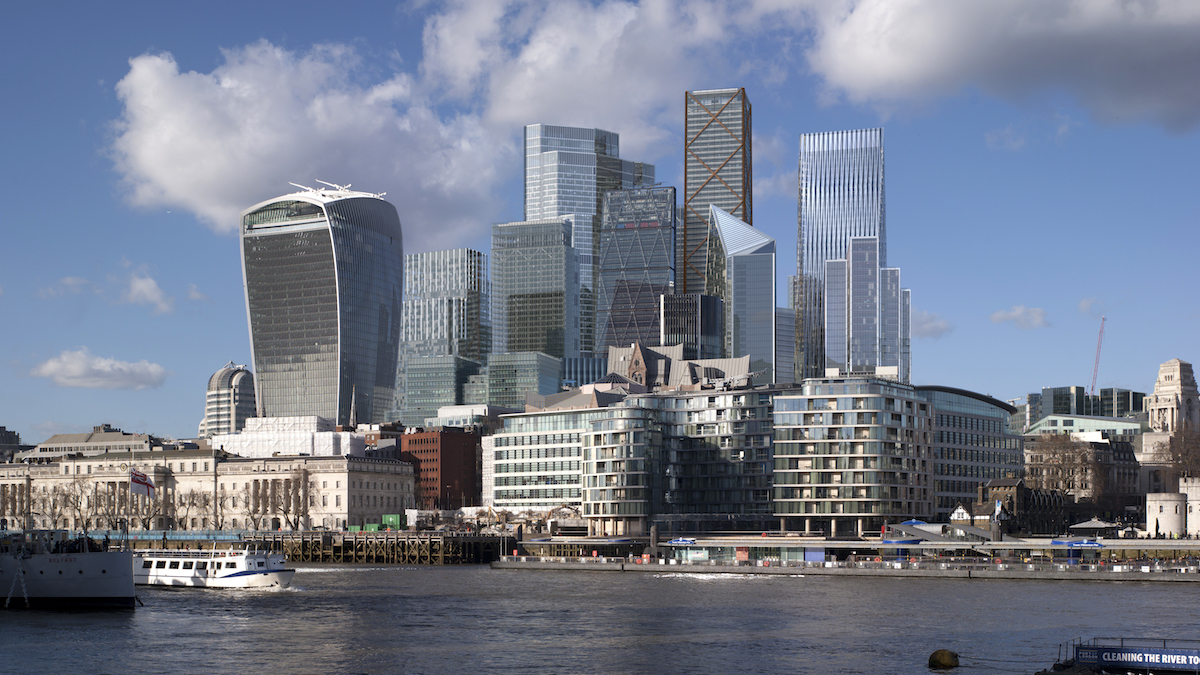 With the City of London Corporation currently in the midst of two transformative building consultations, updated images of how the City Cluster skyline could look in 2026 have been released.

The City Cluster is the area in the eastern corner of the Square Mile, and is home to some of London’s most iconic skyscrapers. These include the Walkie Talkie, the Gherkin, and the Cheesegrater.

And a range of further policies set to redefine the area and the wider City of London are currently out for consultation.

Key proposals in the 25-year Transport Strategy will see pedestrians prioritised, the implementation of a 15mph speed limit, and deliveries reduced by 30% through consolidation centres based outside of the City. Britain’s first large scale Zero Emission Zone covering the City Cluster is also proposed.

The Corporation argues that these proposals will enable the delivery of a world-class public realm and make the City’s streets attractive to walk, cycle and spend time.

It is hoped that the plan’s development guidance will encourage more flexible and adaptable office floorspace, a policy requiring all new developments to include a greening element and new walking routes through tall buildings will support more animated ground floor spaces, and allow the public to benefit from more navigable and less congested network of City streets.

Chris Hayward, chairman of the planning and transportation committee at the City of London Corporation, said: “These images remind us that the City’s skyscrapers are some of the most recognisable structures in the UK. But great cities are not made from great buildings alone.

“The ambitious policy proposals outlined in the Transport Strategy and the Local Plan aim to resolve challenges at street level, and in the river, air and open spaces, as well as ensuring that City buildings and infrastructure are more robust than ever.

“These plans will play a central part in shaping the future of the City of London therefore it is vital that we hear from the local residents, workers and key stakeholders that will be impacted.”

The Transport Strategy consultation closes on 13 January with the last drop-in session taking place with City Corporation Transport officers at Guildhall on 9 January.

And the Local Plan is open for consultation until 28 February, with several drop-in sessions already arranged throughout January and February.